The Collins Elite: What in Hell?! UFOs, Demons and Putting the Picture Straight

Over the last few weeks I've seen a lot of debate online about the "Collins Elite." And I've seen a lot of lies and bullshit written about the group, too. For those who may not know, it's a group of people who, over a number of decades, have investigated the UFO subject and who have concluded that the UFO phenomenon is demonic, rather than extraterrestrial. As the person who broke the story with a full-length book on the subject, Final Events, it's about time for me to put the facts straight. Actually, I've done that on several occasions already; but, the facts have clearly gone over the heads of some. Or, they prefer to ignore the facts. Let's begin with how I learned of the Collins Elite. On January 22, 2007, I did an interview with priest and ufologist, Ray Boeche. We chatted for a long time and, during the conversation, Ray told me an account of how he'd come across a group of people in the U.S. government who had bought into the "aliens are really demonic" theory. A few days later, Ray told me the full story of how he had been approached by two employees of the U.S. Department of Defense. They were looking for Ray's help, guidance and advice on the UFO/demons issue. Ray continued to me that on an unclear number of times, the group had tried to contact what they called "Non-Human Entities." We're talking about "things" that many of those in the UFO research field would call "aliens." Ray added the following to me: 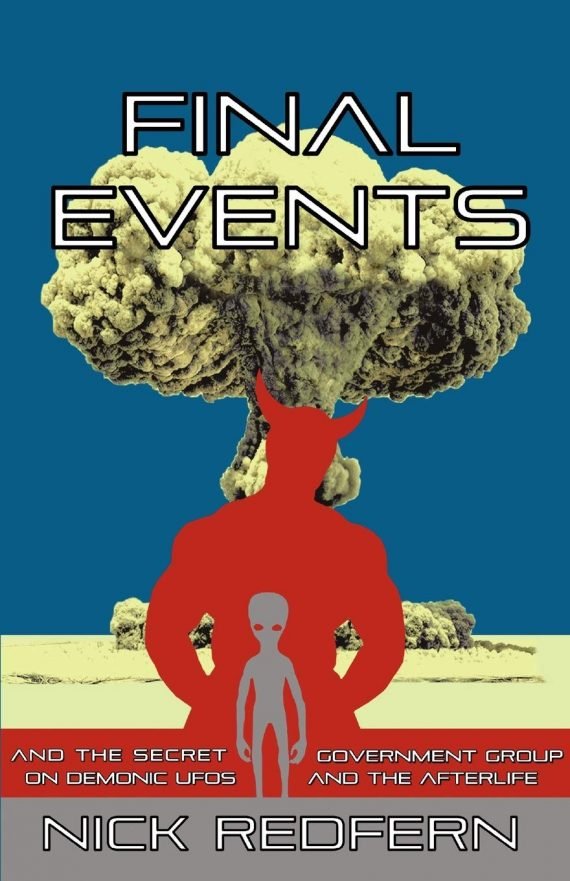 “Both men were physicists. I’d guess they were probably in their early-to-mid fifties, and they were in a real moral dilemma. Both of them were Christians, and were working on a Department of Defense project that involved trying to contact the NHEs. In fact, this was described to me as an 'obsessive effort.' And part of this effort was to try and control the NHEs and use their powers in military weapons applications and in intelligence areas, such as remote-viewing and psychotronic weapons. They came to believe that the NHEs were not extraterrestrial at all; they believed they were some sort of demonic entities. And that regardless of how benevolent or beneficial any of the contact they had with these entities seemed to be, it always ended up being tainted, for lack of a better term, with something that ultimately turned out to be bad. There was ultimately nothing positive from the interaction with the NHE entities. They felt it really fell more under the category of some vast spiritual deception instead of UFOs and aliens."

The story went further: there were bizarre runs of bad luck in the program. People fell sick. Others died. Indeed, Ray was shown photos of three people who died in what was assumed to have been attempts to contact the NHEs.Or, maybe, the photos related to those "military weapons applications." I can't be sure. Neither could Ray. He told me more, apart from a couple of things he preferred not to discuss. I was able to dig further into all of this, in an odd and somewhat convoluted way. One day I'll expand on that. What I will say is that it took me to the next level. I was soon put in touch with a few people from the Collins Elite. It was a name, I should stress, that Ray had never heard of. It was me who learned of the name. Or, rather, of the nickname. With many people having misunderstood the origins of the title of the group,  it's time again to put things straight for those who aren't aware of the facts. As one of the guys in the group described it to me (and as I put in my book), the name "Collins Elite," was "an informal name we chose." The reason why things were unofficial was very simple: the Collins Elite was not - and never has been - a huge organization like the CIA, NSA, DIA or FBI (and so on). They began as a group of people who worked in the military and intelligence communities, but who had preexisting jobs in government (most of them in Washington, D.C.). In other words, and in the early times, there was an unofficial name for an unofficial group run by people that only got together whenever they could and when their regular government jobs didn't get in the way. The Collins Elite was in that unofficial state for years. For example, at one point there was less than ten people who would meet up now and again. In the 1980s, the figures were only around the low dozens. Now, let's go further. Eventually, things became official, money was thrown their way, and things began to change.

It turned out there were more than a few people in the U.S. government who believed in the "demonic UFO" issue, even though they weren't attached to the Collins Elite in its new state. And, as a result, the time finally came when what began as the closest thing you could call an "official hobby" became something more. The numbers of people in the group grew in the 1990s. That's when the people Ray Boeche met surfaced out of the Pentagon. By then, much of the work of the group quietly involved briefing senators and congressmen about the demonic theory. Those same congressmen and senators gravitated towards what the Collins Elite were saying. Some in the Collins Elite got their hands on centuries-old books on demonology, something that led one of the members to write a lengthy document on the parallels between today's Ufology and ancient demonology (although, I have never seen it or read it, I should stress). A small amount of funding was provided to address the theory that "alien abductions," sleep paralysis, Incubus and Succubus were all interlinked. Nothing new there, of course, but still interesting that such things should have been addressed by elements of the U.S. government. Crop Circles got into it at some point in the 1990s, too, but I know very little of where that led. 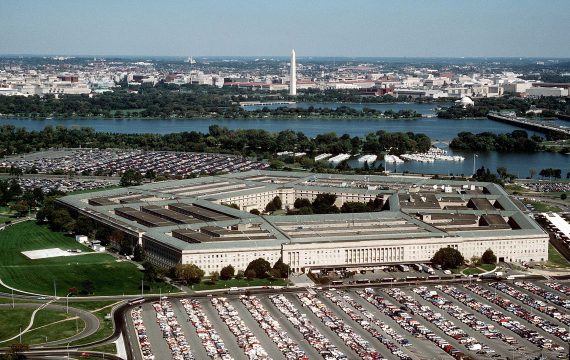 In conclusion, let's see what have here: we have a group that came up with a name that was actually just a nickname and not an official U.S. government title; a group that, in the early times, spent a lot of their "demonic work" together after the "nine-to-five" day was over; a group that finally got regular funding, but that was certainly nowhere near getting the kinds of budgets that the likes of the NSA and the CIA get every year; and a group that some people in government were totally up for, while others in government wanted it to be completely shut down - and because of fear of where all of this might lead. We're talking about a combination of a dangerous, deadly Trojan's Horse mixed with a Pandora's Box-type scenario - and with the NHEs getting their grips into us. So, yes, there really was a secret group in the U.S. government that investigated demonic phenomena, in relation to UFOs. There still is such a body. Its conclusions remain as they have always been: belief-driven. And it largely (but not exclusively) talks to those who agree with their theories. But, any over-the-top claims of a huge "Dr. Evil"-style "underground base," of thousands of employees, and of billions of dollars being used to fight the Devil and his minions should be completely dismissed; they're total nonsense. At the end of the day, the Collins Elite is just one of many, pretty small, and totally bizarre, groups that the government throws money to now and again. On some occasions, those groups become visible to the public and the media. After all, we've all seen the government's UFO revelations of the last few years. On other occasions, however, the answers - and the group - have to be dug out. That's what I did. And the Collins Elite is what I found.