The Mysterious Vanishing of Jason Landry

Jason Landry was a 21-year-old student at Texas State University who by all appearances was an intelligent, outgoing, and well-liked guy. He seemed to have had no personal problems and was a well-adjusted, bright young man who seemed to have his whole future ahead of him, hoping to make it into the university’s prestigious sound recording technology program. On December 13, 2020, Landry headed out in his car headed towards his parents’ home in Missouri City, Texas, a suburb of Houston, in order to visit for Christmas. It should have been a happy time of the year and every one was looking forward to seeing him, but he would never arrive, and would go on to become one of the biggest unsolved mysteries the area has ever seen.

When his worried family contacted authorities, they were able to locate his car crashed and abandoned after hitting two trees and barbed wire fencing on the isolated Salt Flat Road in Luling, Texas, about 30 minutes away from his school in San Marcos and 140 miles west of Houston. There was no sign of the missing man, and the car was found to have the interior lights on, the keys in the ignition, the front passenger side door locked, and his wallet and cell phone were also still in the vehicle. About 900 feet away was found Landry’s backpack, which contained toiletries, a baseball cap, laptop computer, a small amount of marijuana, and oddly a dead beta fish in a tumbler. Further down the road were found scattered about some of his clothing including a shirt, shorts, underwear and a wristwatch, although why they had been removed and ended up there is a mystery, especially since it was estimated to have been quite cold that evening, between 36 to 43 degrees Fahrenheit. Police are fairly sure that Landry had been wearing these articles of clothing beforehand, and have determined they were calmly removed without “stress or duress,” so why did he just calmly take off the clothes and leave them there? Investigators also found a very small amount of blood on the shorts, thought to be from a minor injury, possibly incurred from running through the barbwire. No blood was found in the car itself or on any of the other clothes. Landry’s father, Kent Landry, thinks he may have removed his clothes in a state of delirium after hitting his head in the accident, saying:

It's possible that you're out of your mind and you think you're hot but you're cold. Did he change clothes? I don't know. I just have images of my child in the middle of the road in the country looking for help. To think missing a turn could lead to something like this, it's beyond description. It's a bad dream that we keep hoping we wake up from.

Making the discovery of these clothes even more unusual was that they were not found by police, but rather by Landry’s father when he went snooping around the scene. It is a bit strange that the police had not found these articles on their first sweep of the area, making it all the more mysterious, but they were soon all processed along with the other evidence. As this was going on, authorities were trying to piece together what had happened. They speculated that the crash had occurred when Landry had overcompensated on the gravel covered road and spun out of control, possibly to avoid another vehicle or a deer. However, what happened to Jason Landry after that or why he would have left those belongings strewn about and removed his clothes were unknown. Also unknown is why he was up on lonely Salt Flat Road to begin with, since it was an isolated stretch lying far off of his planned route and he hadn’t told anyone about heading that way. Why had he taken this unexpected detour? No one knows.

Some of the most promising clues came from Landry’s cell phone data, from which police were able to piece together Landry’s last known movements. They found that he had been using a mapping application called Waze up until he crossed an intersection right after entering Luling, after which he switched to Snapchat and then rather mysteriously his digital footprints stopped altogether about 67 minutes before his car is believed to have crashed, even though the phone was powered on at the time. What happened in those 67 minutes and why he did not use the phone in that time remain a mystery, but it is thought to be the key to cracking the case. 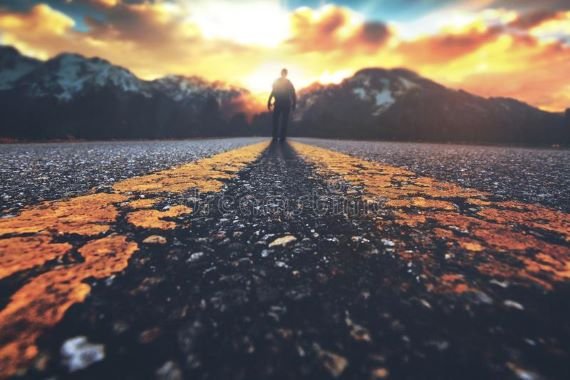 As this was going on, a massive search effort was launched in the area of the crash, utilizing tracker dogs, horse-mounted SAR Team members, drones, a helicopter, and dedicated ground search and rescue teams composed of over 100 personnel and volunteers, covering 57.2 square miles, or 36,608 acres, over several intense searches, but found very little trace of the missing man. The only promising lead was when scent dogs followed a trail from the car to a nearby pond, but when this pond was thoroughly searched by divers there was found to be no trace of Landry. It is all rather baffling because no one knows why he had even left the safety of his car to begin with, whether there was foul play, or anything at all really. Landry seems to have just evaporated from the face of the earth, and one investigator has said, “It's just one of those situations where you don't know which direction to go. It's not even fair to call it a crime scene because we don't even know if a crime occurred."

The strange case of Jason Landry has made heavy rounds in the news of the region, as well as appearing on Dateline and in the podcast True Crime Chronicles, and the search has been ongoing, with a $10,000 reward offered for any further information. Where did he go? Why was Landry on that remote road and why were his clothes removed and belongings left behind? What happened to him in that 67 minutes for which there is no data for him? Why did the dogs pick up that scent to the pond only to have it disappear? Was this the result of foul play, a confused young man wandering around trying to find help, or something else? No one knows the answers to any of these questions, and Jason Landry remains missing.

The Best Places to See the Loch Ness Monsters: They May Not Be Where You Think They Are