The Mysterious Vanishing of the Tech Genius Dr. James Gray

For many, the name James Nicholas Gray may not be familiar, but if you’ve ever used a computer before, then you have felt his influence upon the world. Born in 1944, Dr. Gray would go on to become a legendary figure in the world of computer programming and coding, over his career working as a researcher and software designer at a number of big-time industrial companies, including IBM, Tandem Computers, and Microsoft, among others. The database and transaction processing technologies he was instrumental to developing would go on to form the backbone of such various systems as ATM cash machines, ecommerce and online shopping such as Amazon, online ticketing, and search engines like Google, among many, many others, and in 1998 he received the prestigious A.M. Turing Award, which is awarded for contributions of major importance to the computer field and is akin to being a sort of Nobel Prize of computing. Basically anything you do on a computer is thanks to the groundbreaking work he did, and his list of accomplishments helped forge the direction of the Digital Age. Not only was he a giant in the tech industry, but he was beloved among his peers and by all accounts a very good person, so this made it all the more impactful when he one day seems to have sailed off the face of the earth.

On January 28, 2007, the then 63-year-old Gray set out from San Francisco Bay aboard his 40-foot sailboat Tenacious. Gray was a seasoned and experienced sailor, and he left in very clear, calm conditions in ideal weather, his destination being the Farallon Islands, a wildlife refuge 27 miles offshore, in order to scatter the ashes of his deceased mother, who had died the previous October, as she had requested in her will. When he left, the water was described as flat, and indeed the sea conditions and visibility at the time were uncommonly serene for that time of the year. He left under perfect, ideal sailing conditions, and when he called his wife, Donna Carnes, he was in good spirits, telling her he was about 15 miles out and would call her again when he was in range. He then called his daughter and the cheerful voicemail he left for her would be haunting in retrospect, as it would be the last time anyone has heard from him. He simply said:

I’m taking Granny out to her final resting place. I’m surrounded by dolphins out here. It’s a little cloudy but very pleasant. No whales but lots of dolphins and very pretty. Love and kisses, take care, bye.

No further word would be heard from him. It is unclear what happened to him after this or how far he got, but Gray would never reach the Farallon Islands, and the last known sighting of his boat was by a witness who saw what is believed to have been Gray’s vessel about a mile or two offshore, sailing north, after which he apparently sailed right off the face of the earth. When Gray failed to reach his destination and could not be contacted, he was reported as missing and the investigation and search would begin. Right away the whole thing was pretty odd, as there had been no distress signal, no signal from the boat's automatic Emergency Position-Indicating Radio Beacon, which should have gone off automatically if anything had gone wrong, and the weirdest of all was that the weather and sailing conditions were about as good as anyone could ask for and Gray was a very experienced sailor out in a top-of-the-line, cutting edge boat. There had been no storm, no rough seas on the course he had taken, no obvious reason for why he should have had any trouble, so where had he gone?

Considering Gray was such a legend in the tech industry, it was immediately all over the news that he was missing, and a massive search was launched. For the next four days, the search would use hundreds of boats, helicopters, and aircraft, and involve the Coast Guard, local sheriff’s departments and the National Park Service, who scoured 40,000 square miles of ocean to find no sign of Gray’s boat, not even a shred of floating debris or hint of an oil slick. There were also no witness reports of seeing Gray or a sailboat adrift, and no debris or wreckage had washed up on the coast, which was meticulously searched for hundreds of miles north and south. A sophisticated underwater search using advanced sonar equipment and unmanned rovers also failed to find any sign of Gray. This was all going on under crystal clear conditions and unseasonably placid waters, so it was baffling that not even a single sign of the vessel or debris could be located. The Coast Guard even painstakingly created a list of every large vessel that would have been in the area at the time that could have collided with Gray, after which they searched these vessels for any sign of impact and scoured log entries for any mention of a collision, but they found nothing. It was as if Gray and his boat had just evaporated into thin air.

Desperate to find their beloved colleague, many in Silicon Valley across the tech industry gathered their considerable resources to try another way, using satellites within the global network to coordinate a massive search of thousands of high resolution images that would involve some of the brightest minds in science and technology, and with the cooperation from such major companies as Amazon, Microsoft, Google, and Oracle, as well as scientists from the US Navy, NASA’s Jet Propulsion Laboratory, and the Monterey Bay Aquarium Research Institute. It was an unprecedented collaboration across the board that resulted in the countless images being pored over and colossal amounts of data being processed with the help of thousands of online volunteers, to result in 132,000 square miles of ocean between Southern California and Oregon being thoroughly mapped and scanned for any sign of the missing boat. The images and their data were then checked and checked again, passing through Johns Hopkins, the University of Hawaii, and the Space Telescope Science Institute in Baltimore. In addition to this, there were created numerous advanced computer simulations to try and identify where the Tenacious might have drifted. NASA even allowed the search to use a highly advanced ER-2 aircraft, basically a civilian version of a spy plane, to scan the area for hundreds of miles around. It was a mind-boggling display of coordination and technical power never seen before, which would in the process revolutionize how sea searches are carried out, yet despite all of this technology and all of these brilliant minds focused on finding him, ultimately not a single trace of Gray or his boat could be found. 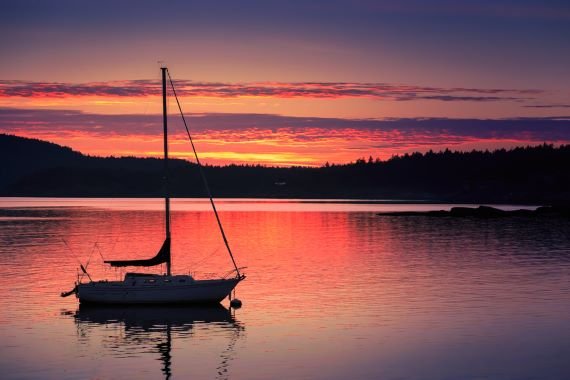 Speculation as to what happened to Dr. Gray has swirled ever since. One of the main theories is that he may have hit a piece of flotsam such as a log or some other heavy object, and it had punched a hole in his hull. His boat had a light, thin hull and was built for speed, so the idea is that it could have easily been breached, after which the boat had rapidly sunk without giving him time to give any distress, perhaps further compounded by overconfidence. One of the investigators on the case has said of this:

I can picture a million scenarios that would have put a hole in the bottom, with enough water coming in that Jim had no way of shutting it down, slowing it up, or fixing it. With Jim being an engineer, you can imagine him thinking, 'I can fix this' — and then the whole thing snowballs. He was a level-headed, steady guy who wasn’t likely to panic. Which is maybe too bad, because a less-competent person might have grabbed the radio and shouted for help.

This could account for how he went down in such clear conditions, but it still doesn’t explain the complete lack of any debris whatsoever. After such a complete and thorough search of such a vast area there should have been something, and a spokesperson for the Coast Guard's San Francisco sector has said of the total lack of any floating debris, “It's pretty rare. If there's a collision or a boat sinking, something is going to float.” Another idea is that he may have committed suicide out there, but not only do his family and colleagues deny this as a possibility, this also does not explain the lack of any trace of Gray or his boat. Another popular theory is that he simply sailed off to leave his life behind, which would explain why he was never found, but why would he do this? He was a major force in his field, he was successful, filthy rich, had a happy marriage, and had just had a new grandson born in 2005. Indeed, he was described by his daughter as being the happiest she had ever seen him at the time. Additionally, he had had no known financial or legal troubles, no known enemies, and no drug problems or anything like that, so what would be his reason for leaving everything behind to disappear into the sunset? It doesn’t make much sense, and everyone who knew him adamantly dismisses this as a possibility. Still another idea is that he was targeted for foul play by someone, possibly for his computer knowledge or something he had found, perhaps even by a foreign government, but there is no evidence of this.

Whatever the reasons for his vanishing, Dr. James Gray has never been found, and was declared legally dead January 28, 2012. In recent years, Microsoft's WorldWide Telescope software was dedicated to Gray, a Microsoft research center in Madison, Wisconsin is named after him, and his disappearance still reverberates through the tech industry to this day. What happened to Dr. Gray out there on those placid, calm waters? Why didn't he give some distress call or any indication of what was happening? How could all of the technology that he had helped to create turn up nothing at all? No one knows, and the disappearance of Dr. James Gray is one of the most shocking, mysterious, and tragic vanishings the region has ever seen.

Roswell: The Enigma of the Bodies and Those Who May Have “Constructed” Them