The Plight of the “Hummers”: This Mysterious Low-Frequency Hum Has Rattled Eardrums for Decades

For decades, there have been people in various locations around the world who claim to be able to perceive a strange, low-frequency throbbing noise of undetermined origin.

The debate over the cause of the sound—as well as whether it exists at all—had at one time been an item of frequent debate in the scientific community. One of the earliest instances involving the curious phenomenon had been reported in the English Sunday Mirror in 1977, which began with a single account of a UK resident who claimed to be annoyed almost constantly by such a low humming sound. After the account was published, hundreds of letters in response began to flood the offices of the Mirror, with additional accounts from people who said that they also could hear this maddening humming sound at all hours of the day. 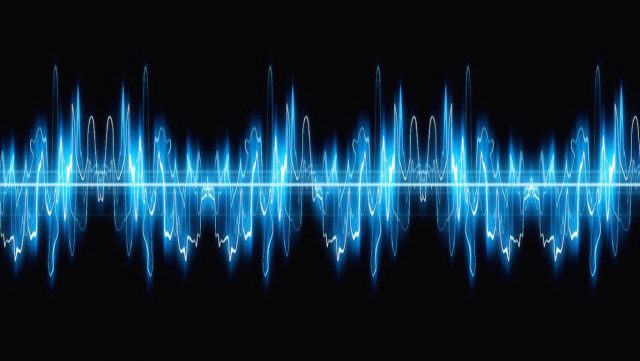 The widespread public response resulted in doctors examining some of the individuals, which did lend to the possibility that some of the sounds people claimed to hear might have internal origins, which might involve afflictions like tinnitus. While tinnitus sufferers often hear an almost whining, high-pitched sound, several of the people that doctors spoke to described hearing something much different: this was described as a low-pitched droning hum, which many believed to have an external source. The doctors agreed, attributing the roughly 40 Hz hum, modulated at 1.6 kHz, to be the result of industrial noise; yet despite this, there was never any actual industrial source determined.

A variety of other possible sources that had been suggested ranged from jet stream noises to sounds emanating from the ocean. Another novel idea involved that small percentages of the population suffered from an unusually acute ability to perceive sounds at around 40 Hz! Soon, similar accounts from other places around the world that included the United States would also begin to surface, with descriptions of the anomalous low-frequency sound being popularly associated with areas like Taos, New Mexico, among other locations.

The ongoing complaints about these unusual sounds resulted in an investigation into their possible causes in the 1990s, funded by the UK Department of Energy. “The move is seen as an acknowledgment that some sufferers at least are not imagining the noise which causes them so much misery,” New Scientist reported following the DoE’s announcement that it would fund the research.

Even prior to the DoE-funded studies in the 1990s, a physicist at Chelsea College in London had been investigating the similar phenomenon afflicting UK residents and found data on the phenomenon that dated all the way back to 1973, in which a university study had identified at least 50 individuals who had experienced similar problems with hearing ongoing humming noises.

As early as 1988, the DoE had already commissioned the University of Salford to begin collecting information about the hum that so many residents claimed to be troubled by. With an estimated 500 individuals complaining about the noise on an annual basis, in 1989 the Low-Frequency Noise Sufferers Association was formed, an organization of both the afflicted and those lobbying on their behalf, which began to place additional pressure on the DoE to take action and get to the bottom of whatever had been causing the unusual sounds.

Throughout the 1990s, a range of purported causes was explored, which ranged from the existing theories about industrial noise to vehicular noise emanating from highways, and even underground pipes used to pump gas from high power turbines, which it was suggested might be capable of causing pipe organ-like sounds (interestingly, unidentified sounds reported in a variety of locales over the years have been likened to almost “ethereal” organ music, which appears to arise from someplace underground).

Around the same time that UK studies were underway, similar investigations into the hum reported by residents near Taos, New Mexico were undertaken, which produced very similar results. Among the takeaways had been that around two percent of the population in either location claimed to be “hummers”, the name given to those in the UK who could hear the noise. Equal percentages of male and female sufferers were reported, and the phenomenon appeared to be most prevalent among middle-aged people. The noises appeared to occur at frequencies anywhere from 32 Hz to around 80 Hz, modulated from 0.5 to 2 Hz. In the case of the Taos hum, some residents claimed that they were able to move away from the source of the hum, stating that they could no longer hear it at a distance of more than 30 miles from Taos.

Since the studies that were undertaken in the 1990s, a few additional possible explanations for the strange humming sounds have been offered. One suggests that the movement of deep ocean currents may actually be the source of the noises, which are naturally “amplified” in certain regions, making these otherwise unnoticeable sounds evident at locations like Taos and in the UK.

However, to date, there is no single proposed solution that seems to fully account for the ongoing mystery of “hummers” around the world, or the unusual—and very annoying—audible plight they suffer from.

Remnants of a 4.6-Billion-Year-Old Meteorite Found in a Horseshoe Imprint