Alien encounters and strange abductions seem to often happen to the most normal and level-headed of people. Far from this being a phenomenon confined to ranting maniacs, many alien abduction reports come from perfectly sane and rational people who seem to have no reason for making it all up or being dragged down the rabbit hole of weirdness. One such case comes to us from the United Kingdom, where an ordinary woman trying to live her life was dragged into the outlandish and bizarre world of alien ecnounters, which would go on to plague her throughout her life.

Hilary Porter at first seems like a perfectly normal, rational and sane person, and she is; however, the native of Wales, UK has had a rather strange life, and seems to be the target of alien forces beyond our comprehension. The first of what would eventually become a lifetime of abductions by alien entities was when she was just 5 years old. She says that she was out playing in a field behind her rural home, and on this occasion, she was running through tall grass when she stumbled across something that would change her life forever. She says of this bizarre encounter:

Suddenly there was a reptilian alien in front of me. It had scaly skin, black holes on the nose and a little mouth. It wasn't very tall - maybe 5ft, but very strong. It grabbed my arms and pulled me towards a disc in a depression in the field. It dragged me underneath into a lift and the door slid closed. The next thing I knew I was in a room with consoles and coloured lights and little figures moving around. I was stripped and thrown on to some sort of bed. They took a really horrible, sharp instrument and they were pressing it right the way up my body while I was screaming. I can’t remember anything after that. 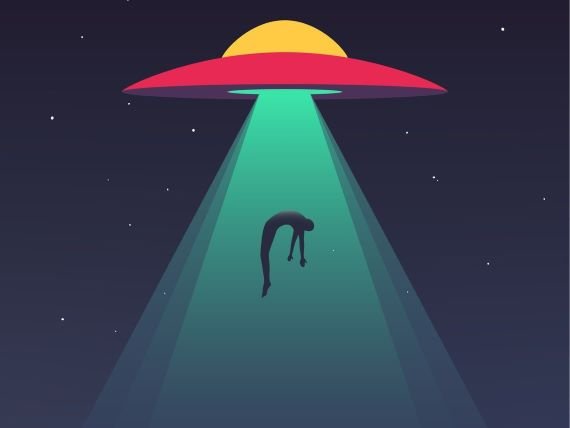 Porter says this is the first abduction she consciously remembers, but suspects that it had been going on even before that, as she would learn from her mother in later years that as a toddler she would sometimes go missing from her yard only to be found again miles from home in a disoriented stupor. Over the years she would allegedly experience multiple alien abductions, some of which she cannot recall at all due to missing time, but others which stand out in her memory in bits and pieces and which would leave behind physical effects. One was in 1970, when she was driving with her husband at Cardiff. On this occasion, she said their car was suddenly at a garage many miles away, with neither of them having any memory of how they had gotten there and the gasoline having not gone down at all. Later that day, she would find a mysterious triangular welt on her body that she could not explain. She says of this incident:

It was damned frightening. We just blacked out and had no idea how we got there. I didn’t feel well at all. My husband thought we must have gone to sleep, but that didn’t explain how we got there. When we got home I got changed and found triangular suction marks on my stomach, blood suction marks. I thought ‘flipping hell, look at that.

On another occasion she was taken aboard a “hexagonal UFO” and she has had other weird types of encounters as well. Porter claims that in 1974 she was working at a laboratory for the Ministry of Defence at a local Marconi plant when an alien allegedly broke into the facility. On another occasion she saw two mysterious glowing orbs pass near a building along the M3 in Farnborough, Hants, and the next day the military had cordoned the building off. She has had so many abductions that she has lost count, and these often leave physical evidence behind, such as welts, bruises, scratches, black eyes, or bloodstains on her clothes or bedsheets, and she will often come back from these incidents with physical symptoms including headaches, nausea, and nosebleeds. In addition to this, she claims that she has at least one alien implant that has been put into her body by these creatures, of which she says:

I’ve got a metal implant in my ear. The doctor said it was wax but I can feel it. My partner Ken has a monitor that detects bugging devices. He puts it near my ear and it goes ding-ding-ding. 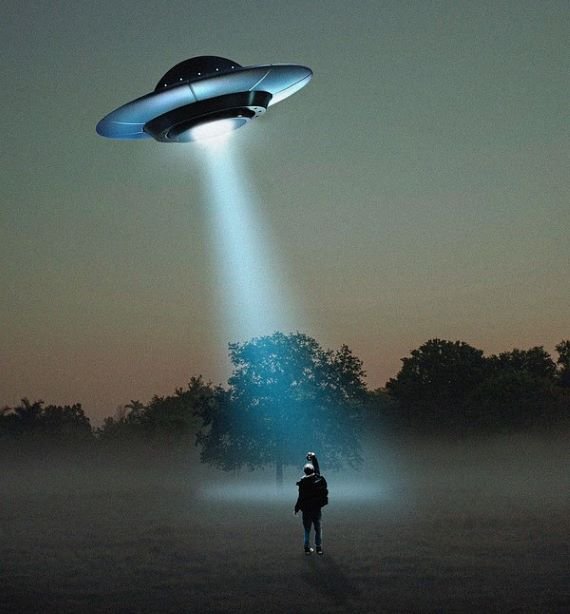 The abductions continued, and many of these she would remember through flashbacks and dreams. She has explained that these aliens communicate telepathically, and that they can abduct people through walls and solid structures, just reaching in to pluck them away. She says she has been abducted from her own home right through the ceiling, and explains of this incident:

They transport you molecularly and can create portals in a wall or closed door. In the flashbacks I was on a beach and could see this alien being who was about 6ft tall and wearing green coveralls. I couldn’t see his face but he could communicate mind to mind and had a box around his neck for seismic testing and warned me that he was going to cause an earthquake. I thought ‘flipping eck’.

She says that the aliens even seem to have been interested in her daughter, telling of one incident:

I had just put my daughter Sally to bed and came downstairs. Then I spotted a huge figure by the window. I froze. After a few moments he raised his hand and I did the same. After that I wasn’t quite so frightened. I thought he wasn’t going to hurt me. Then he glided to the back of the garden. He moved so fast. Woosh. Then he shot sideways, paused for several seconds, and was gone. 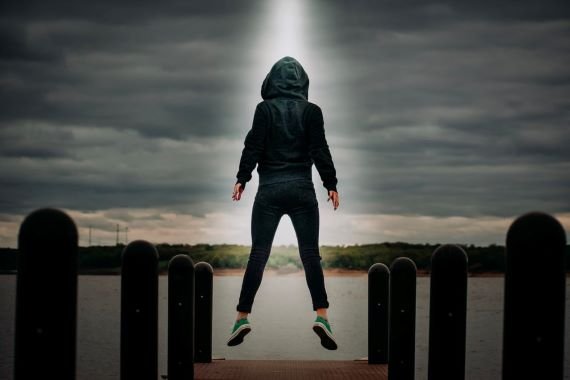 At one point she was so upset by all of the alien activity orbiting her that she moved away from Wales and experienced a few years of respite. However, as soon as she returned the abductions started up again, making her believe that they are attracted to Wales for some unknown reason. She has her own ideas on why this should be, that the aliens seem to be drawn to certain regions due to the genetic makeup the people living there, explaining, “The Celtic tribes from Wales, Scotland, Ireland, Cornwall and Brittany are definitely on the list. They are trying to make alien human hybrids and it seems the genetic material of these races are more compatible.” She also believes that there are several types of aliens on Earth, and her husband, Ken Porter, has explained of this:

There are greys, the ones everyone recognizes, but they are just servants. The reptilians are higher beings, then there is a humanoid type. But there is something above them, cowled figures. You can’t look at them. Their eyes shine and when they look at you they blast a message into your mind. They tend to take females more for their eggs and genetic material for breeding purposes. We believe they are making a cross between aliens and humans.

Porter has gone on to get involved with groups of other abductees who have also had their own frightening such experiences, as well as become an active member of the British Earth and Aerial Mysteries Society (BEAMS). She continues to insist her story is true, and to stick up for others in the UFO contactee community who have been ostracized and made fun of for their claims. It is all very noble, but it still doesn't show us what to think about such cases. What are we to do with such astounding accounts, and how do they fit within the UFO field as a whole? Should they be dismissed as delusions, or are they an important piece to the puzzle? How do we know which ones are potentially true and which are just ramblings? Whatever the answers may be, alien abduction stories like those of Porter seem to be here to stay, an indelible and often inscrutable feature upon the UFO landscape.

Slenderman: How Things Began and How They Are Now