The UFO Phenomenon: A Catalog of Nothing But Total Weirdness

Today, I'm going to share with you a number of UFO cases that are not just amazing or incredible. Rather, they are downright crazy. You'll quickly see what I mean. Here's our first case of absolute weirdness. It comes from Men in Black expert, Gareth J. Medway. He says of an MIB case that occurred on November 1, 1973: "At the start of a UFO wave in New Hampshire, Florence Dow heard a thumping sound on her porch. Looking out, she saw a man in a black coat and a wide-brimmed black hat, with what appeared to be a face covered with masking tape." Precisely why anyone might want to cover their face with masking tape after a UFO report is anyone's guess. And I don't have a guess!" One more from Gareth: this one comes from January 26, 1986. As Gareth reports it: "About 7.30 pm Paul Rebek of Epping, New South Wales, received a visit from a man who said: 'Hello sir, I am a representative of the Uranus Peanut Company. Would you like to sample my wares?' He bought some peanuts off him, and was told: 'Thank you. The Council will remember you favorably. Good night.' He turned, but seemed to vanish after a few steps. Rebek thought it must have been 'a spectral Man In Black.'" 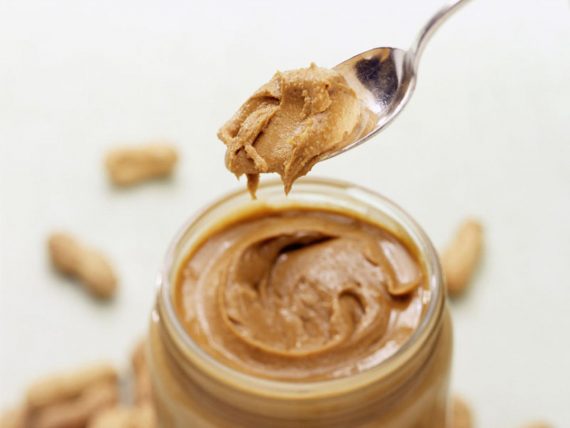 Mary Hyre was a woman who played an integral role in the series of 1960s-era events that led John Keel to write The Mothman Prophecies. In January 1967, Hyre was visited by a creepy, bowl-haired man of around 5-feet in height and who had oddly hypnotic eyes. Throughout the encounter, the black-clad character kept staring at Hyre's ballpoint pen. To the point where Hyre told him he could keep it. The man did so, laughed loud in a strange fashion, and vanished as mysteriously as he first arrived. Whatever floats your boat, I guess! Moving on: in 1961, a Wisconsin chicken-farmer named Joe Simonton claimed to have met aliens who landed on his property in a classic flying saucer-style craft. They were said to be very human-looking entities, who had an "Italian" appearance, and generously gave the stunned Simonton three pancakes that one of the crew-members happily cooked on his alien grill! And with their good deed for the day duly accomplished, the aliens were gone – presumably to fill the bellies of even more astounded souls.

What about a dog inside a UFO? Yep. Back in November 1980, a then-serving English policeman named Alan Godfrey had a profound UFO encounter in Todmorden, Yorkshire – a pleasant locale that has its origins in the 17th century. Godfrey’s encounter came just five months after he was involved in the investigation of a curious death in town. The victim was a man named Zigmund Adamski. As most people will know, the not exactly common name of Adamski is a very famous one in Ufology. It was just one of those strange synchronicities that proliferate when the UFO phenomenon looms large. As for Godfrey’s UFO encounter, it occurred undercover of darkness, in the pre-dawn morning of November 29, 1980, while he was out on patrol in his police-car. As he drove along one particular stretch of road, Godfrey was amazed by the sight of what he first thought was a bus positioned oddly in the road. As Godfrey got closer, however, he could see it was something else entirely. It was actually nothing less than a somewhat egg-shaped UFO.

There then followed an experience that contained certain, key elements of the UFO phenomenon, such as missing-time, and recollections of being taken on-board a craft. However, the entity Godfrey was confronted by on the craft was not the typical black-eyed, dwarfish "Grey." Rather, it was a human-looking figure dressed in a long gown and sporting a beard. That wasn't all, though: While undergoing hypnotic regression, Godfrey said that also aboard the UFO was a large black dog. This was not the first encounter Godfrey had with an anomalous hound. Years earlier, he had seen a ghostly Labrador. There was also an odd occasion – in the 1960s, and near Todmorden – when what seemed to be a woman with a large black dog stepped out in front of Godfrey’s vehicle, causing him to slam the brakes on. Both the woman and the dog vanished. 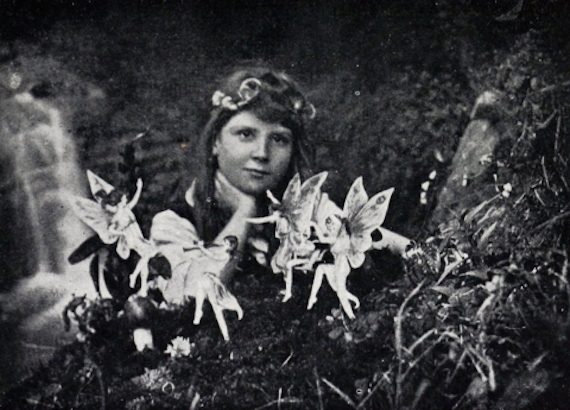 Every now and then a story will surface that is so bizarre, yet also intriguing, that it is almost impossible to categorize. Such a story comes from Jan, a woman who encountered a small UFO – as in extremely small – in the southwest of the U.K.. Jan was walking through nearby woods with her dog early one morning when she heard a loud buzzing noise that quickly filled her ears – and clearly those of her dog, too. Puzzled, she looked around, but it was all to no avail – at least, for around two minutes. Then, everything became amazingly clear. As if out of nowhere, a small flying saucer appeared before her, hovering at a height of around four feet off the ground, in a small clearing in the trees. It was circular in shape, silver in color, and had a red band around its middle. And, it was barely four-feet across! She watched, astonished, as the diminutive craft settled to the ground – in decidedly wobbly fashion – and a small door opened. Jan still recalls holding her breath, wondering what might happen next. She soon found out. Out of the door flew three, three-to-four-inches long small humanoid figures: clearly female and glowing brightly, they fluttered around Jan for a minute or two, dressed in silvery mini-skirts! At one point the tiny trio landed on Jan's right arm, smiled, then flew back into the craft, which shot away into the skies, never to be seen again. Such rogue cases are so often dismissed by Ufology; yet they are weirdly engaging and not at all rare.

It's official: Ufology is weird!

51,000-Year-Old Ornament Was Created by Neanderthals