One of the major reasons experienced military pilots and other personnel have been reluctant for years to report UFO sightings is the ridicule and disbelief they receive from fellow service members and even their commanding officers, not to mention the threats of reprimanding or even expulsion if they speak to the press or the public. That has obviously changed with the recent stories of the so-called Tic Tac UFOs seen since 2004 by Navy carrier pilots and personnel which were made public by The New York Times and other major media sources and eventually confirmed by the Pentagon. Now, one of the first service members to see the Tic Tacs and come forward with the sightings wants some apologies for what he has endured since. Let’s see if you agree with him.

“From 2004 until 2009 when I walked away from DOD out of frustration, I had tried in vain to get somebody, anybody, to listen to me. Yet, every time I tried to describe what we had witnessed out in SOCAL during TIC TAC, I was openly laughed at, made the butt of jokes, and once even asked by my then-boss just WTF I had been smoking .. “

Former air intercept controller (AIC) Kevin Day was stationed on the USS Princeton during the now famous USS Nimitz encounters with Tic Tac-shaped UFOs in 2004. As he explains in a recent Facebook update, he concerned about safety and security because these objects were in flight training areas. As the Princeton’s air intercept controller, it was his duty to escalate his concern up the change of command and order jets to intercept, investigate and possibly engage with the objects. That he did, and the recently declassified history has finally exposed that the Pentagon still does not know what these objects were. However, at the time and in the years after the Princeton’s encounters, Day says he was chastised … and worse.

“Sociocultural stigmas about UFO's did indeed prevent me from making the case at the time .. the stigmas also cost me a 2nd career in DOD, at the least.”

He attempted to expose the story in a ‘novel’ way … in 2008 he wrote “The See’r,” a fictionalized yet accurate short story on the events. In interviews, he has said the incidents caused him acute anxiety attacks, nightmares and periods of zoning out --- even years later.

“I paid a very high price personally and I hold the NAVY/DOD directly responsible for their complete and utter malfeasance and gross dereliction of duty which, indeed, did nearly result in AIR-TO-AIR mishaps with unknown objects and Navy aircraft in the years that followed .. I also hold NAVY/DOD directly responsible for what I and others went through as a result of trying to uphold our own duty and simply do the job the American people paid and expected us to do."

Now, Day is calling for the Navy and the Department of Defense to admit they were “directly responsible for their complete and utter malfeasance and gross dereliction of duty” which resulted in unnecessary encounters by other pilots.

“I and others deserve a formal public apology and a redress for the costs I/we paid?” 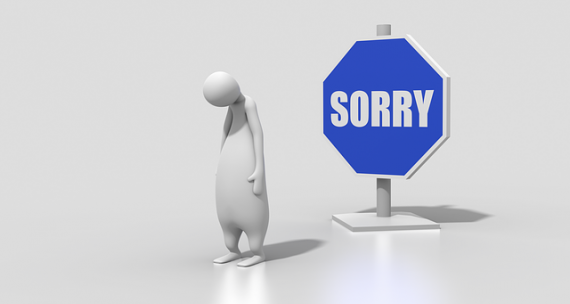 And he says he wants apologies and retribution for himself and the other pilots and crew members for the pain and suffering they’ve endured since 2004 … and possibly before, if you believe the government has only scratched the surface in UFO/UAP encounter disclosures.

What do you think? Do our military personnel putting their lives on the line against ALL of our enemies – even unknown and unidentifiable ones – deserve apologies, retribution and perhaps even recognition for their integrity and bravery responding to UFOs and UAPs that the government first hid and then revealed only under pressure? Kudos to Kevin Day for revealing the truth about the encounters and bringing these concerns to light.

The Bizarre Case of the Teleporting Pansini Brothers