Those who question the validity of time travel claims often point out that the time travelers rarely seem to bring anything from the future to prove they were there – photos, videos, something with a date on it, etc. Those few photos we’ve seen tend to be blurry at best and generally unrecognizable. Not so with a time traveler named Javier who goes by the nickname Unico Sobreviviente (Only Survivor) who has been posting astonishingly clear videos on TikTok (the platform of choice for time travelers these days) from what he says is the year 2027 -- a year that seemingly marks the end of humanity because … well, he calls himself Only Survivor -- you figure it out. While you’re thinking about that, any ideas on how he was able to post on TikTok in 2021 while he claimed to be stuck in 2027? 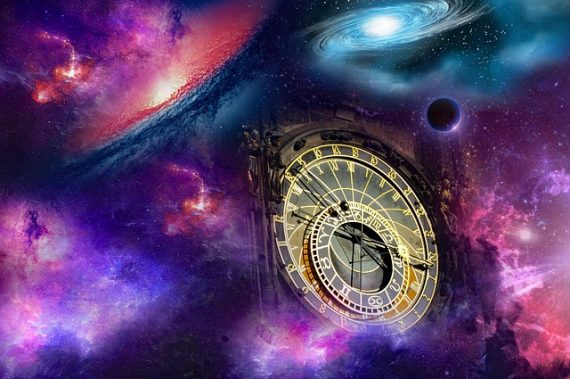 @unicosobreviviente’s posts on TikTok (he’s also on YouTube and Instagram) date back to February 13, 2021 – coincidentally, the date plus 6 years he claimed to be posting the videos from. (First post here.) Some things are readily apparent – there’s no one on the streets, 2027 cars look a lot like 2021 vehicles, and everything seems to be working and lived in as if Javier showed up moments after everyone was raptured/abducted/disintegrated or something else. He can’t explain how he can still post on TikTok other than “most likely there is a type of connection between 2021 and 2027," but he can’t seem to figure anything else out.

“I need your help. Name in comments who you think could help me.” (From another early post.)

Javier claims he’s in Valencia, Spain – his present-day home is in Spain as well. He also puts a new spin on the tales of the various other TikTok time travelers that have popped in recently – he thinks he’s in a parallel world that’s six years ahead of where he came from but with no other humans. Almost daily since February 13th, he been posting a mini-travelogue of his excursions through Valencia – visiting subways and buildings that are all open and with power. While there are no other people, he posted one video of pigeons. While he shows parts of his body, we never see his face. He’s apparently eating, drinking and bathing, but not going wild with the realization he may be living out a real ‘Last Man on Earth’ scenario.

Something with a date on would be nice, Javier. Or someone else’s cellphone you could look at. Why hasn't he gone into a house? Why isn’t he trying desperately to get in contact with scientists who might help him get back … or give him instructions on what to do. If he’s truly a time traveler or parallel universe jumper, why is he just using TikTok to get his message out? If that’s all this parallel universe has, we should be happy in our otherwise crappy one.

And that may be the hidden agenda behind this interesting but hard-to-believe time traveler’s tale – to parody or satirize our own pandemic world where our streets were deserted for many months. If that’s the case, what is the message of Javier/Lone Survivor? Clean up our acts? Things could be worse?

However he's accomplished it, Javier has done a good job removing almost all evidence other people from his videos -- one commenter claims to have spotted airline or subway schedule boards still in operation. However, on this writer's Time Traveler Skeptic meter, this one is firmly planted in the “Clever but no Cigar from 2027” quadrant.