FINALLY! What time travel skeptics have been waiting for! A time traveler who claims he’s stuck in 2027 but somehow still has access to TikTok has offered soon-to-be verifiable proof he’s a real time traveler – he’s revealed events about to happen in 2021 … including one just a few days away. No, no winning lottery numbers, but if he’s right, eight lucky humans are about to win something even more valuable. A reliable self-driving Tesla?

"Many of you still don't believe I am a real-time traveler, so remember these 5 dates."

The time traveler is Javier (no last name) who posts on TikTok as @unicosobreviviente – Spanish for “Only Survivor” because he claims he woke up in 2027, he’s the only person around and he can’t get back. It sounds unbelievable – even with the plethora of clear videos (unusual for alleged time travelers) he’s posted showing empty streets and buildings around Valencia, Spain. However, he either senses the skepticism in TikTok comments (not to mention the paranormal media) or he knows it because he’s in the future, so Javier decided to offer some proof in the form of revelations of events about to occur. 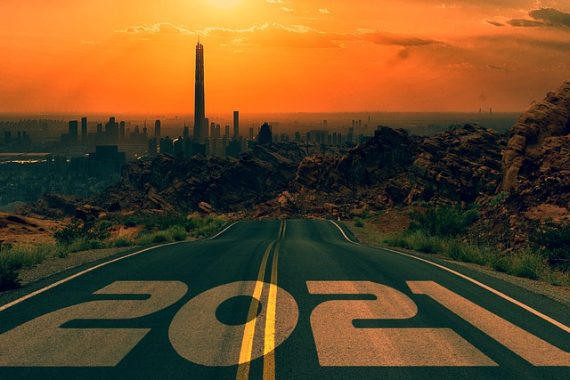 This one is scheduled to happen next week. A mirrored version of Earth is certainly conceivable, but what are opposite gravity, physics and motion? Guess we won’t have long to find out – or prove Javier to be another time travel hoax.

9/14/21 - Category six hurricane will hit South Carolina, will the worst in history

This one is certainly a possibility, considering we’re in hurricane season and they’ve been stronger lately. We shouldn’t have to wait too long since hurricanes form in the Atlantic weeks before hitting the coast of South Carolina. No need to hoard toilet paper yet.

This is the better-than-the-lottery winner. Superpowers from the Sun – Javier is still a Marvel fan even in 2027. It would be better if he said what the superpowers will be so we know if they’re going to be heroes or villains.

A two-fer gift just in time for Christmas! We’ve seen T-rex eggs, but a device to travel between dimensions would be unique – and probably on Javier’s wish list since he thinks he may be in one.

By 2/2/22 (does the alliterative date have any significance?) we should know whether Javier is the real time travel deal or not, so let’s wait until 12/15/21 to decide whether to spend six weeks in anticipation of this one.

Javier’s pronouncements and videos have stirred interest in other alleged time travelers, including Edward (no last name) who has been getting coverage for his claim that in 2004 he traveled to the year 5,000, saw what used to be Los Angeles underwater due to climate change flooding, and brought back a blurry picture to prove it. If this sounds familiar, it’s because Apex TV posted the same video of him in 2018 when he received plenty of skeptical reviews (including from this writer).

What should we make of the recent rash of alleged time travelers? Javier sounds like he’s making a not-so-subtle reminder of how the world looked in 2020 during the pandemic shutdown and warning it could happen again and we’ll be stuck in it. At least he makes nice videos to entertain us. The rest sound more like the usual hoaxers that get attention because the world is not happy with the state of affairs today, is dissatisfied with the rarely-achieved projections of leaders and experts, and want some assurance that things will be OK or some disaster preparation time. Ask the Hale-Bopp people how things turned out when they believed the Heaven’s Gate leader. Oh wait … they’re all dead.