When the Nuestra Senora de Atocha ship set sail in the year 1622, it was carrying a massive amount of valuables that included a whopping 40 tons of gold and silver as well as 70 pounds of Columbian emeralds that were valued at an estimated $400 million. Other items on the vessel included 24 tons of silver bullion, coins, and ingots, 125 gold bars and discs, 1,200 pounds silverware, navigational instruments, bronze cannons, and Native American artifacts.

The ship sank off the coast of the Florida Keys and treasure hunters have been interested in finding the sunken treasure ever since – this is why the Guinness Book of World Records named it the “world’s most valuable shipwreck” in 2014.

On July 16th, Zach Moore, an engineer at Mel Fisher's Treasures (a salvage company), found a rare gold coin in about 30 feet of water. This is the 121st coin that’s been found belonging to the ship and the first one discovered since 2001. Moore is part of the team working on Mel Fisher's J.B. Magrude salvage vessel at the site of the shipwreck that interestingly enough, his father Bill helped discover back in July of 1985.

In a blog post by Mel Fisher's Treasures, they explained the value of the coin, “Today's value is estimated to be at least $98,000, even more, if it's from a rare mint,” adding, “This new gold coin discovery comes just a few days before the 36th anniversary of the 1985 Atocha Motherload discovery.”

In September of 1622, the Nuestra Senora de Atocha was sailing from the New World to Spain when a hurricane sunk the ship off the Florida Keys. There were 265 people on board the vessel and only five of them survived – three sailors and two slaves were able to climb up on the mizzen which stayed above water. A salvage crew from Spain attempted to locate the wreckage but they were hit by another hurricane and were unable to recover the cargo. 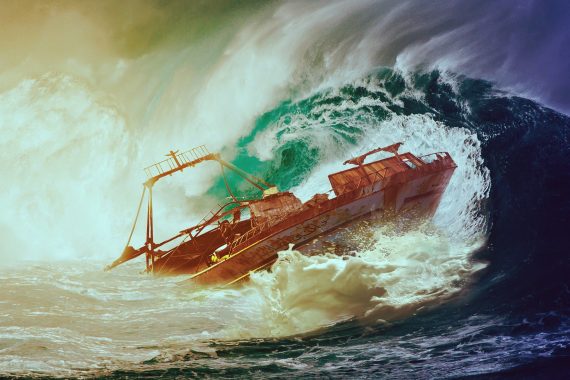 Prior to finding the wreck in 1985, Mel Fisher and his team discovered several items belonging to the ship like silver bars that were found in 1973, and five cannons in 1975. More recent discoveries by divers from Mel Fisher’s Treasures include a gold ring with an emerald stone valued at $500,000 as well as an emerald-encrusted cross, and several gold bars. But probably the most well-known item is a gold “money chain” that hangs past the waist and is valued at $100,000.

A picture of the gold coin recently found by Zach Moore can be seen here and here.