UFOs, Aliens, and the Bizarre Vanishing of Granger Taylor

Some mysterious disappearances really seem to ride the line between the known and the unknown. On occasion we have those individuals who vanish amid very strange circumstances and clues, which sometimes hint at something perhaps very bizarre going on, even mixing with the realms of UFOs and aliens. One very weird case of this type was a man who claimed to be in contact with aliens, only to then go out to meet them, and subsequently vanish off of the face of the earth to leave quite the puzzle behind.

Born on October 7, 1948 on Vancouver Island, Canada, Granger Taylor’s life did not start off so great. His father died in a tragic lake drowning when he was very young, and as he grew he proved to be a shy and reclusive child. Taylor had no real friends growing up, and would spend all of his time alone tinkering with machinery, eventually dropping out of school in the 8th grade to pursue his hobby as a mechanic. He apparently had quite the natural gift for it, for although he had no actual formal training and was self-taught, Taylor quickly proved that he was quite the genius when it came to any type of machine, and was a master of all aspects of mechanics, including everything from welding to electronics. He was able to build, fix, or restore just about anything, and he would have some particularly impressive accomplishments, including a one-cylinder car he practically built from scratch at the age of 12, an overhauled bulldozer, and an old, rusted out full locomotive that he had hauled out of the brush at an abandoned logging site to fully restore to working order. Perhaps his most impressive achievement was a World War II P-40 Kitty Hawk, which he restored to full airworthiness with nothing but a bunch of spare parts and pure ingenuity, and which he would later sell to a collector for a good amount of money.

Indeed, Taylor made plenty of money from his various projects, helping out his parents, with whom he lived on their 21-acre property, and he was very popular and successful around town, but then things would get weird. In the 1970s, Taylor began to become interested in UFOs and how such technology might work. He began talking about UFOs and aliens constantly, and during this time he started a new project, painstakingly constructing an actual life sized UFO in his yard over the course of a year, tirelessly cobbled together from some old satellite dishes and other assorted spare parts and junk, with the end product being fully outfitted with a television, a couch, a bed, and a wood-burning stove. Taylor began to spend much of his time ensconced within his UFO, even sleeping there, and often hanging out there with his good friend Robert Keller, getting high on marijuana and discussing aliens and UFOs. In the meantime, his steadily increasing fascination with aliens continued on unabated, growing in intensity as time went on. By all accounts by this time he had become completely hopelessly and deeply obsessed with UFOs, constantly reading about them and theorizing about how they worked, and it got to the point that it was practically the only thing he would ever talk about. This might have just seemed like a geeky hobby for him, just a fun project to work on, but then he would make it weirder by claiming he was in actual contact with aliens.

Taylor began telling some of his closest friends that he was in frequent telepathic contact with enigmatic aliens from outer space, which would frequently contact him in his dreams. This would get even creepier when he also began to claim that these aliens had actually invited him to come along on a journey with them, and that they recognized his mechanical talent and wanted to share their technology with him. Indeed, on November 29, 1980, 32-year-old Granger Taylor told a close friend that it was almost time, and that the aliens were coming for him, to arrive during a storm. That evening, he got into his truck, had dinner at a diner he regularly frequented, despite the fact that, rather fittingly considering his prophecy, a severe storm was ominously brewing outside, he would then seemingly drive on off the face of the earth. The only hint as to what had happened to him was a creepy note his father found the following morning, which read:

I have gone away to walk aboard an alien spaceship, as recurring dreams assured a 42-month interstellar voyage to explore the vast universe, then return. I am leaving behind all my possessions to you as I will no longer require the use of any. Please use the instructions in my will as a guide to help.

Curiously, in his will, the word “funeral” had been crossed out, and the word “death” replaced with “departure.” There was also a report that claimed that on the back of the letter was inexplicably scrawled a map of Waterloo Mountain, around 20 miles away, the significance of which has never been ascertained. The Royal Canadian Mounted Police (RCMP) immediately organized a massive search for the missing man, but no sign of either him nor his vehicle could ever be located. The only possible clue ever found would not be discovered until 6 years later, in March of 1986, when a blasted out truck and a few bits of human bone were found 4 miles away from the Taylor property at a dynamite blast site near Mount Prevost. The vehicle was apparently practically disintegrated, reduced to mere scattered pieces by “a significant volume of dynamite,” shrapnel had torn the place apart, and the human remains found were mere splinters and tiny pieces and shards. It has never been conclusively determined whether these remains or the truck really belonged to Granger or not. However, at the time they were widely presumed to be the remains of Taylor, since some fragments of clothing found at the scene matched clothes he was known to have been wearing, and he would officially be declared dead.

One of the main theories that sprang up in the wake of Taylor’s oddball disappearance was that he had perhaps committed suicide, possibly by using explosives to blow himself up, and the note had just been his weird version of a suicide note. However, although he was an eccentric, mad genius, by all accounts from family and friends he had not been suicidal at all. Despite this, his mental health had allegedly been deteriorating as he rambled on about aliens, and he was reported as having been doing a lot of LSD. The idea is perhaps the drugs and delusions of aliens speaking to him had pushed him into a psychotic episode that had driven him to suicide. Yet another idea was that Taylor had had some dynamite in his truck and it had accidentally gone off. He was known to keep sticks of dynamite in the vehicle for the purpose of blowing out tree trucks, so it is possible, but his friend, Keller, disagrees with this theory of death by dynamite either intentionally or by accident, and doubts the remains are even from Taylor at all, saying:

He was too smart to have an accident up on the mountain. There’s no way. He knew how to handle explosives — he was basically an expert — so when it came to safety, that was his number-one priority. It doesn’t work with me. He wouldn’t have had an accident, and he wouldn’t have done it on purpose. The police said it was a blue truck, but his truck was Pepto Bismol pink — I helped him paint it with my buddy Darren. What they found on the mountain was not Granger’s truck. They have no actual idea if it was Granger’s bones or not. Granger was the most intelligent, down-to-earth, wise man that I’ve ever met in my life. He wasn’t a nut. He was a very, very intelligent guy who carried on with his life normally. But after you say ‘spaceman,’ then all of a sudden he becomes a nut. 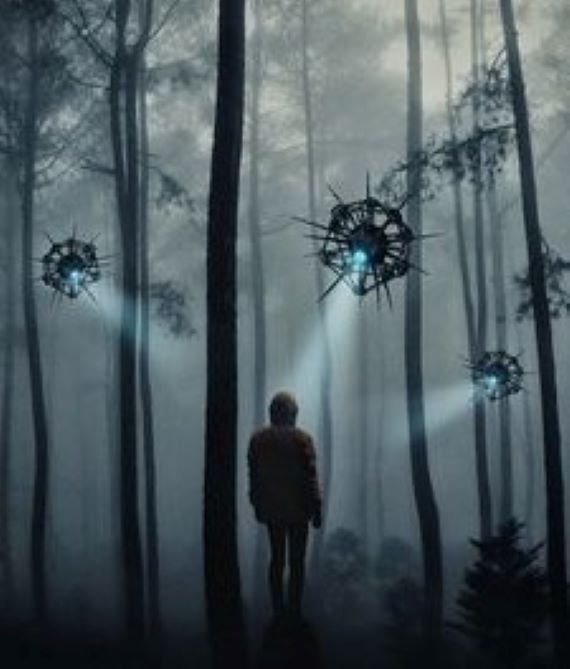 Plenty of other theories have swirled about as well, including that he ran off to start a new life, was kidnapped by the U.S. government or he was recruited by a secret agency or society for his skills, that he was killed for some secret technology he had stumbled across, or of course that he was taken away by aliens precisely as he had predicted. There is no way to know. All we can say for sure is that whether Granger was the victim of suicide, a secret cabal, or a demented, troubled mind, or he was truly whisked away to the stars by otherworldly beings, his odd case has never been solved, and it remains one of the strangest, surreal disappearances there is. What happened to him? The answers remain elusive, and we will probably never know for sure.