Warning to Aliens — Get Ready for the Space Marines

Aliens thinking about invading Earth need to be ready to start hearing cries of “Semper Fi!” now that a select group of “space Marines” have commenced training at the Army’s Space and Missile Defense School in Colorado Springs, Colorado, where they will prepare to fight our country’s battles from the halls of Montezuma to the shores of Tranquility … on the Moon and beyond. Someday soon, if extraterrestrials ever look on heaven’s scenes, they will find our skies are guarded by United States Marines.

“We are in our initial building stage of SOPs (standard operating procedures) and TTPs (tactics, techniques, and procedures) and force structure. Right now this is a capability that doesn’t exist in the Marine Corps. It’s always us reaching out to the joint force to provide it.”

It wouldn’t be a military announcement without acronyms, so the press release quotes Marine Capt. Jacob Loya, a communications officer with a background in satellite communications working with 1st Space Brigade to train the Marines, had a few to say. The Marines are part of the newly activated Marine Corps Forces Space Command at Offutt Air Force Base in Omaha, Nebraska, and after training will embed with Army Space Support Teams. The training will include, situational awareness of space capabilities, space assets, space products, and the impact of space on operations. According to the press release, the goal is from the Marines to eventually establish their own autonomous Marine Space Support Teams. 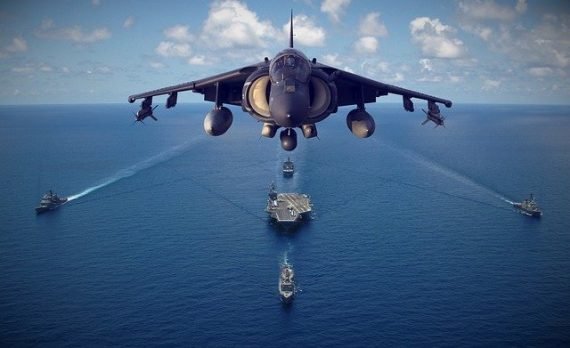 What about the Space Force?

“With the renewed emphasis on space and the standing up of the Space Force and Space Command, the Marine Corps needs to have skin in the game. We want to be able to operate independently and that starts by learning all the TTPs built out by 1st Space Brigade. It’s a knowledge base we just don’t have.”

The Space Force is a separate branch of U.S. uniformed services, although it’s considered to be a sister-branch of the U.S. Air Force. It’s responsible for organizing, training, and equipping space forces, which are then deployed by the United States Space Command. So, according to the chain of command and distribution of responsibilities, it appears the Space Force trained the Army’s Space and Missile Defense School personnel which then trains its own Army and Marine space support teams, which in this case are the Space Marines – although that’s not their official designation.

According to Task and Purpose, the space Marines will be a part of the Army Space Support Team (ARSST) providing enhanced “intelligence and operation planning capabilities” for units in the field, especially in the area of space-based military capabilities like satellite intelligence and communications. They will also be able to jam enemy communications and take part in “navigation warfare.”

It’s the 100th anniversary of his birth, so we’ll salute the most famous space Marine – John Glenn. Glenn trained as a Navy pilot, but accepted a transfer to the Marines and flew missions in World War II and the Korean War before becoming a test pilot and eventually one of the first U.S. astronauts – the first American to orbit the Earth. (That’s real space travel, Bezos and Branson.)

Would John Glenn be interested in becoming an official Space Marine and fight alien invasions? He never hesitated to serve when his country called, so it’s easy to answer that question.

“From dawn to setting sun; We have fought in every clime and place
Where we could take a gun.”