In the last decade or thereabouts, a great deal of research has been undertaken into a phenomenon that is known as the Shadow People. Their title is most apt, as they appear in the form of a one-dimensional, flat shadow – and usually in peoples’ bedrooms while they sleep. Many of these entities – but certainly not all of them – have one thing in common: they wear an old-style fedora hat and a black suit. In that sense, there are deep similarities between the Shadow people and the Men in Black of UFO lore. It’s fair to say though that, for the most part, that’s where the similarities end. Apart from one important, extra thing: like the MIB, they are intent on terrorizing those who they maliciously target. And, they do an extremely good job of it, too – unfortunately for us. Precisely who or what the Shadow People are, is a matter of deep debate. Jason Offutt is an expert on the subject, and the author of a 2009 book on the subject titled Darkness Walks: The Shadow People Among Us. He says there are eight different kinds of Shadow People – at least, they are the ones we know about. He labels them as benign shadows, shadows of terror, red-eyed shadows, noisy shadows, angry hooded shadows, shadows that attack, shadow cats, and the hat man. Certainly, the latter category – that of the Hat Man – is the one which is most often reported, and from all across the planet. Imagine a silhouetted character that had stepped out of a 1940s / 1950s-era piece of black and white film-noir, and you’ll have a good idea of what the Hat Man looks like. That he is entirely shadow-like in nature only adds to the menace. 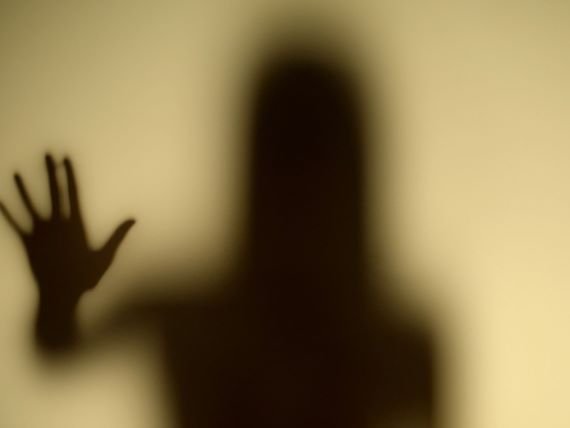 The publisher's words about Jason's book go as follows: "The Shadow People. They lurk in obscurity. Looming human figures, blacker than darkness. Millions across the globe see them. The unfortunate feel their touch. And some awake in horror to their red, unblinking stare. Join Jason Offutt, who has interviewed dozens of eyewitnesses, as he shines some light on the world of the Shadow People, viewing these beings through the lens of science, religion, and metaphysics. Are they ghosts, demons, hallucinations, or something else entirely?" And, there's  are these words from the late Brad Steiger  on Jason's book: "Jason Offutt's excellent study of the phenomenon presents us with the most thorough and complete work yet written regarding the mysterious beings that we have come to call collectively, the Shadow People...Jason may not have any ultimate answers, but no one has done a better job of defining who or what these shades might be."

Heidi Hollis is an expert on this topic, too, having penned a 2014 book on the subject titled The Hat Man: The True Story of Evil Encounters. She has collected literally hundreds of reports of encounters with this particularly dangerous shadow-thing. As Heidi says: "Victims worldwide have reported seeing this man peering into their homes, their bedrooms, their cribs, their cars, their lives and even-into their souls! It starts with the feeling of not being alone, only to look to the foot of your bed and find that you were right. There's a stranger in your room and you know that you see him, worst of all, you know that he sees you, too! You try to scream or run, only to find that you are paralyzed! Terror then reaches new levels as he approaches you, leans within inches of your face and lets you know that he is indeed-your worst nightmare! This is the true story of the beginning of unthinkable horror that you have never heard of before!" 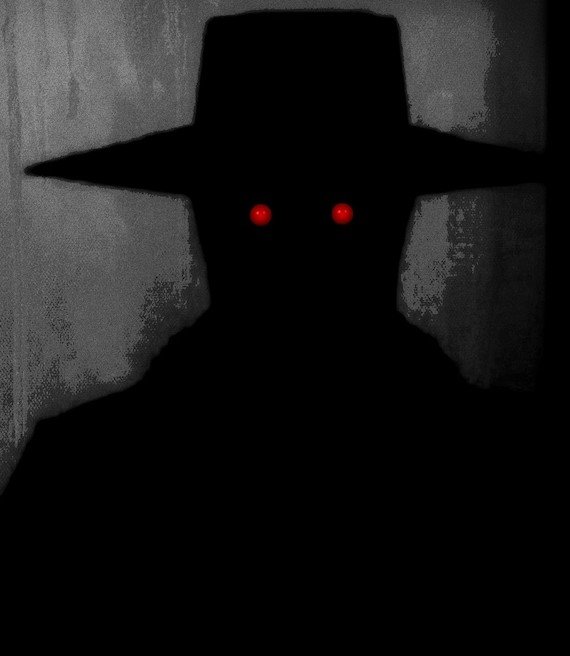 One example from Hollis' files, and which appears in her book, reads as follows: "Dear Heidi, I was maybe 5 years old when the Hat Man started to visit me. Every night I would lay in the top bed of my bunk bed and watch as my door would crack open for him to creep inside. As high up as I was, I would still have to look up to see him and I would freeze in horror at the sight of him." According to the witness, the Hat man would lunge towards her, at a phenomenal speed, and always warn her that, 'One day I will have you!' To be sure, this was a deeply traumatic series of encounters for a young girl – a girl who never forgot the torment and the terror. At first glance, it may seem that the sole activity of the Shadow People is to create terror – and just for the warped sake of it. Well, yes, that is at least a significant part of the story. There is, however, another agenda to all of this. It’s an agenda which has at its heart the goal of bleeding the witness dry of their life-force. Remember that!

Ancient Coins in Out of the Way Places: When a Group of Scientists Looked at “Anomalous” Coin Claims