When UFO Fiction Mixes With UFO Fact: From Orson Welles to Area 51, Part 2

Part 1 of this article started as follows: "I'm sure most people people have heard the story of how, when Orson Welles' version of H.G. Wells' The War of the Worlds was aired on the Mercury Theatre on Halloween 1938, it caused chaos across the United States. Well, that's the story. The fact, however, is very different. The real number of people who fell into a state of panic was actually tiny compared to what has been claimed in many quarters. America was not in a total state of coast to coast panic. There is, however, a spin-off from the Welles affair. After the UFO phenomenon began in June 1947, it prompted fiction writers to take to their clunky old typewriters and create stories that, in some ways, paralleled one particular part of the Welles broadcast. It was the issue of faked alien invasions." Now, there's the latest example of this situation concerning sci-fi scenarios and bogus UFO invasions. In 2011, the biggest Area 51-connected controversy since Bob Lazar surfaced. It came from a respected author and investigative journalist named Annie Jacobsen. Her books include The Pentagon’s Brain; Operation Paperclip; and Phenomena. And then there is her book Area 51: An Uncensored History of America’s Top Secret Military Base. It’s a very good, solid history of Area 51. Jacobsen’s book does not cover the UFO subject to a large degree, though, and even the Bob Lazar story is just covered relatively briefly. What Jacobsen does cover to an extensive degree, though, is a previously unknown theory for what happened at Roswell, New Mexico in the summer of 1947. And, it’s a theory that is inextricably tied to Area 51. According to the story provided to Jacobsen, the Roswell event had nothing whatsoever to do with extraterrestrials, but everything to do with government conspiracies. But, not American conspiracies. Our story revolves around the Soviet Union and a now-dead man named Alfred O'Donnell.

Alfred O'Donnell told Annie Jacobsen that in the early part of July 1947, the U.S. military monitored – via radar – the movements of two unidentified flying objects in New Mexico airspace. The objects were clearly not normal aircraft, since they had the ability to hover, which, Jacobsen correctly notes, "was beyond any aerodynamic capabilities the U.S. Air Force had in development in the summer of 1947." One of those craft crashed days later near Roswell, New Mexico. And, in the process created a legend. That of a crashed UFO and its alien crew. But, O’Donnell was having none of that theory. He was very clear to Jacobsen that the interior of the craft contained…Russian writing. This was of extreme concern to the U.S. military, as New Mexico was a hotbed of secrecy at the time, with classified work undertaken at both White Sands and Los Alamos. The last thing they needed was the Russians flying around such a sensitive area. The story got even more controversial: the Russian craft and crew were not flying over New Mexico as a means to spy on what the U.S. Government was up to in New Mexico, though. No. A very different and highly strange agenda was the order of the day. And, in an equally strange way, the Russians took their inspiration from the acclaimed movie actor, producer and director, Orson Welles. 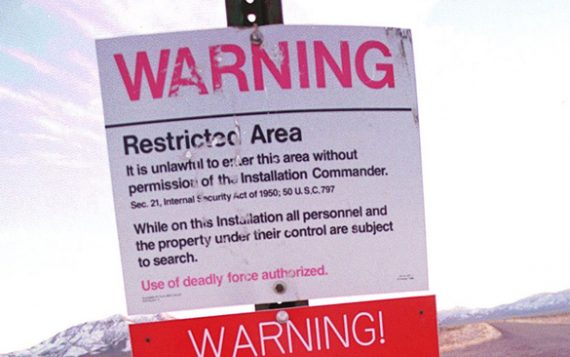 According to what Alfred O’Donnell told Annie Jacobsen, in 1947 the Soviet Union – then under the ruthless control of Josef Stalin – came up with a similar scenario to the Welles saga. Namely, to try and make the United States Government and its people believe that an alien invasion was underway, something which, it was hoped, would plunge the United States into states of hysteria and fear. But, how could such a thing be successfully achieved? O’Donnell had an answer to that question. It was an answer saturated in controversy and dark conspiracy.    Supposedly, Stalin and his cronies did a secret deal with one of the most crazed, evil figures ever to have lived, Josef Mengele. Much of his time was spent at Auschwitz, where he undertook terrible experiments on people, even children. Dwarfs, for some reason, attracted his attention, and in a very sinister fashion. He operated on them, disfigured them, and, in essence, changed them. As Jacobsen notes correctly, Mengele "removed parts of children’s craniums and replaced them with bones from larger, adult skulls." Eyes were removed. Certain tests caused the children to lose their hair.

You may already have some inkling as to where this weird tale is heading. Stalin and his staff, said O’Donnell, decided to come up with the ultimate deception to try and destabilize the United States of America. Mengele would take a number of young children, radically and horrifically alter their appearances, and to the point where they would no longer look human. They would actually look decidedly alien, non-human. Then, there was the matter of the "alien spacecraft" the "aliens" would fly in to the United States, land, and create terror, not unlike the situation in the opening few minutes of the 1951 classic movie, The Day the Earth Stood Still. The ship, supposedly, was high-tech enough to look like a spaceship. The whole thing collapsed, however, when the craft went out of control and mistakenly came down outside of Roswell, New Mexico and the U.S. government hushed the whole thing up. Frankly, I don't buy O'Donnell's story, but he was who he claimed to be. And, he did hold the positions he claimed to have held in the U.S. government. My view? That O'Donnell took his story from the likes of the Welles' show and mixed with Bernard Newman's The Flying Saucer and The Outer Limits' "The Architects of Fear"

The Plight of the “Hummers”: This Mysterious Low-Frequency Hum Has Rattled Eardrums for Decades