Will-o’-the-Wisp: A Curious Nocturnal Illumination with a Troublesome History

It was, arguably, one of the most infamous moments in the history of UFO studies.

Following a rash of sightings over Michigan that began in March 1966, Professor J. Allen Hynek, astronomer and scientific advisor to the U.S. Air Force’s Project Blue Book investigation into UFOs, offered an explanation for what Michiganians who had observed strange lights in the night sky might have actually been seeing.

It was a day that would be remembered in infamy among UFO proponents, and Hynek would never fully live it down, despite going on to become one of the most well-regarded scientific proponents of the existence of unidentified flying objects. The fact that then-Congressman Gerald Ford took personal issue with what he called Hynek’s “flippant” remarks no doubt played a role in solidifying the date in the minds of hopeful UFO enthusiasts, many of whom would never grant Hynek a full reprieve for passing such judgment on UFO witnesses.

Even today, the term “swamp gas” is still fairly well recognized in the context of UFO studies on account of Hynek’s famous faux pas. This, despite the fact that the phenomenon he had been referencing is quite real and, with little doubt, actually has contributed to the greater body of UFO sightings, as well as claims of the paranormal that have been logged throughout the centuries.

Better known by its more traditional name “will-o’-the-wisp,” observations of strange, ghostly flickering illuminations that appear over swampy areas have been recorded since at least medieval times. The Welsh poet Dafydd ap Gwilym famously wrote in 1340 of how:

“There was in every hollow

While Gwilym’s account was committed to paper in the Welsh language, the earliest known English account documenting will-o’-the-wisp appeared in William Fulke’s A Goodly Gallerye: William Fulke's Book of Meteors (1563), where it was actually referred to by the Latin variant as ignis fatuus. Almost a century later in 1658, Thomas Willsford gives us the following account in his Nature’s Secrets: “The lowest meteor in the air is the burning candle, or, as some call it, ignis fatuus.”

Of course, we should bear in mind that “meteors” in the parlance of Willsford’s day were far from being the stony space debris we would think of today. Nonetheless, John Aubrey’s The Natural History of Wiltshire, first published in 1697, also gives us an early account of ignus fatuus that appears in later editions of the volume, described as “Vapours ariſing from putrefy'd Waters, uſually call'd Ignes Fatui.” The mystery of ignis fatuus was not overlooked by Sir Issac Newton either, who mentioned the phenomenon in 1704 in his landmark Opticks.

Throughout history, these curious little lights over marshes have been known by a variety of other names too, which include “treasure lights” (recall the passage in Stoker’s Dracula which involves the villain—disguised as a coachman—pursuing blue flames in search of treasure early in the story), “corpse candles,” and a host of other names. Legends tell not only of the association of such lights with the supernatural but also blame these lights for travelers who become lost. Some traditions tell of wicked spirits which were believed to carry spectral torches, which travelers would see and follow in hopes of finding aid, only to be led even further away from their intended path.

Today, the underlying cause of such “swamp gases” as Hynek would have envisioned them involves decomposition in bogs which produces compounds that include phosphine, diphosphane, and methane which, when they begin to oxidize, can release light in the form of photons that are believed to be the actual source of illumination—a phenomenon no less fascinating among the myriad varieties of nocturnal luminescent phenomena that occur in various parts of the world. 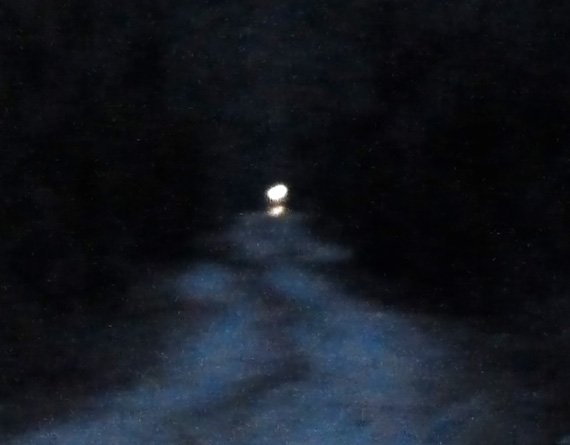 However, the notion that will-o’-the-wisp might be associated with natural gas emissions dates back centuries. The earliest appearance of such a proposal in writing is believed to have occurred in 1596, recorded in Ludwig Lavater’s Of Ghostes and Spirites, Walking by Night, And of Straunge Noyses, Crackes, and Sundrie forewarnings, which commonly happen before the death of men: Great Slaughters, and alterations of Kingdomes, where he gives us the following:

“Many times candles & small fires appeare in the night, and seeme to runne up and downe... Sometime these fires goe alone in the night season, and put such as see them, as they travel by night, in great feare. But these things, and many such lyke have their naturall causes... Natural Philosophers write, that thicke exhilations aryse out of the earth, and are kindled. Mynes full of sulphur and brimstone, if the aire enter unto it, as it lyeth in the holes and veines of the earth, will kindle on fier, and strive to get out.”

If there were any further questions as to Lavater’s conviction that ignis fatuus had a natural origin, the fact that the passage above appeared in the chapter titled “That many naturall things are taken to be ghoasts” would seem to remove any doubt.

Indeed, the storied history of will-o’-the-wisp, while suspected of being a natural phenomenon for centuries, has remained in the discussion of UFOs well into modern times in large part to Hynek’s honest and, perhaps, forgivable invocation of the phenomenon, while attempting to discern the origins of unusual lights seen in the night skies over Michigan decades ago.

The Mystery of Nine Disappearing Stars