Psilocybin ‘magic’ mushrooms get all of the glory and the songs, but another psychoactive mushroom is about to get its own moment in the sun – although it’s already known in some circles for its gaming fame. A Canadian company has completed extracting nearly 4.2 kg of the psychoactive ingredient in Amanita muscaria mushrooms – those beautiful red-capped, polka-dotted ‘shrooms that have captivated photographers and animators for years while getting reindeer high enough to prance and dance and inspire Santa’s mythical herd – and has partnered with a Canadian laboratory services company to perform stability tests to determine safe doses for human consumption. Canadian super mushrooms -- the Super Mario Bros. will be so proud, eh?

"We are extremely happy with the progress of our product development process and are pleased with the results that we are seeing. Completing this extraction successfully was a very important milestone and the resulting material should be sufficient to complete the remainder of our pre-clinical work." 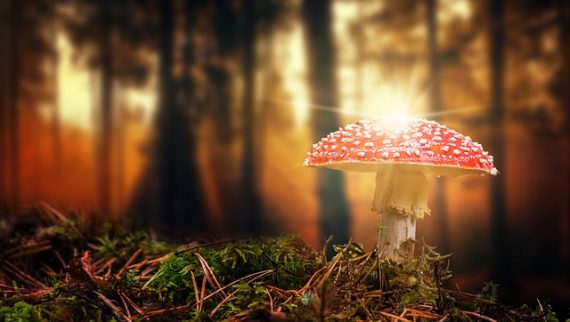 David Shisel, COO of Psyched Wellness, hinted at a company stockholders meeting last week that the rollout for their Amanita muscaria-derived AME-1 dietary ingredient and natural health product line was progressing well.  In a press release today, he announced a service agreement with CannaLabs to perform stability tests on AME-1 to determine the expiration dates and storage conditions for the final product. Psyched Wellness is a health supplements company “dedicated to protect, restore and regain a healthier body and mind through the production and distribution of artisanal, medicinal mushrooms.”

Amanita muscaria or fly-agaric mushrooms are different than psilocybin “magic” mushrooms. The psychoactive ingredient in them is muscimol, which affects different neuron receptors than psilocybin, which targets serotonin receptors. Psilocybin is still illegal in most of the U.S., but extensive tests are ongoing due to its potential benefits in treating PTSD, anxiety and other conditions. On the other hand, muscimol is legal but little is known about it. Found worldwide, the fly agaric mushrooms are poisonous but fatalities are extremely rare. On the psychoactive side, it is both a depressant and a stimulant. The mushrooms have been mixed with vodka and consumed at wedding feasts in Lithuania and used in shamanic and religious rituals in Eastern Europe and Siberia. Their effects on reindeer are thought to have inspired Santa’s flying reindeer. The visual distortions it causes have become known as the Alice in Wonderland syndrome. And of course, they are most well-known for appearing as the dancing mushrooms in the 1940 Disney film Fantasia and as two of the Super Mushroom power-up items in the Super Mario Bros. franchise. 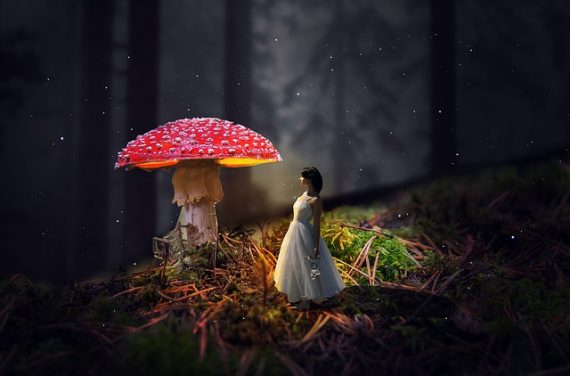 The tests are expected to be completely well within the company’s timeframe of releasing AME-1-ased products in 2022. Will it be available in the U.S.? That remains to be seen in spite of its current legal status.

The Super Mario Bros. and Alice are pulling for it.

Ancient Road and Structures Found Submerged in a Lagoon in Venice