Our world is one full of biological mysteries, but perhaps none so great as life itself. So far as we have been able to discern, Earth remains the only planet where the presence of advanced forms of life is evident.

However, while the search for life on other worlds continues, many organisms on Earth are strange enough looking that they could almost qualify for being aliens. This is especially the case with certain species of plants, which over the course of millennia have managed to develop a few remarkable procreation strategies.

Among the most well-known plant species bearing “alien” qualities are plants that produce vivid colors, unusual shapes, or other odd and striking appearances. Such colorful displays are appealing not only to human eyes but to those of insects that are attracted to these colorful petals, where they will collect pollen on their bodies that they carry to nearby flowers of the same plant species, thus completing the reproductive process. 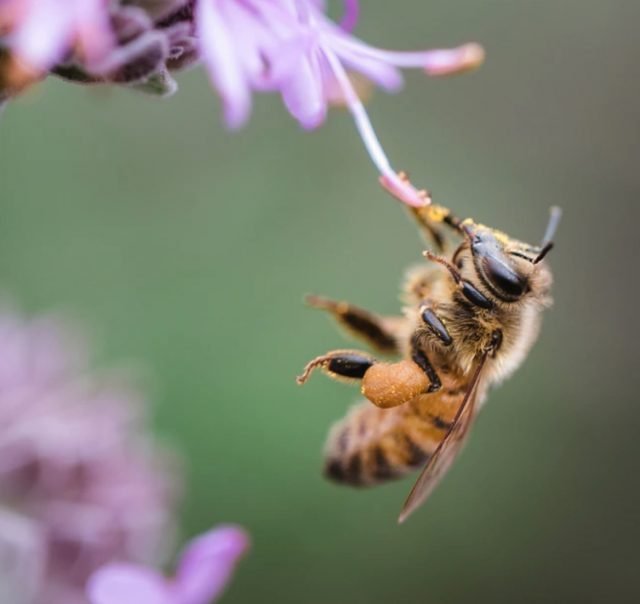 It is a remarkable adaptation when we stop and think about it. What other kinds of living organisms on Earth must rely on the habits of entirely separate species to ensure procreation? In the case of plants, wind can, and often does also successfully carry airborne pollen to facilitate plant reproduction, and in the ancient past, this had very likely been among the evolutionary strategies early forms of flora employed. However, putting other animals to work for them to speed the process along and help to ensure its success is nothing short of brilliant; not bad for organisms without brains, central nervous systems, or the ability to move across significant distances themselves.

However, some plants have taken their adaptations far beyond just putting other animals to work for them. Among certain members of the pantropical Lecythidaceae plant, otherwise recognized as the plant family which produces the Brazil nut, the flowers these plants produce feature two entirely different kinds of pollen. One is a “normal” variety that is used for fertilization as pollen normally would, and the other is a specifically nongerminating pollen produced solely as a food for insects.

Why would a plant produce two kinds of pollen in this way? Unraveling this mystery of botany reveals a remarkable exchange between species, where the nongerminating pollen is presented as a kind of “reward” for the insects who aid these plants by carrying the fertile variety of pollen along to other plants as they make their way from flower to flower. However, what is truly perplexing about this interaction has to do with how the plant in question appears to have evolved in such a way as to perfectly fit the anatomy of bees, which are the most likely foragers to arrive and collect their pollen. While these insects come along to collect the “food” pollen from the lower portions of the Lecythidaceae flower, the abundant fertile pollen along the upper portions of the plant will dust the head and back of the insect while it feeds.

In essence, the Lecythidaceae has evolved to produce food for insects as a kind of lure on one part of its flower, while taking a shape over time that matches the anatomy of insects that will eventually come to visit and help them procreate.

Another strategy employed to great success by certain varieties of plant species involves the production of horrible stenches, which are often comparable to the odor of rotting flesh. Known as carrion flowers, arguably the most famous example is the Amorphophallus titanium, or “corpse flower”, and these pungent flowers attract flies, beetles, and other varieties of scavenging insects as their primary pollinators. Remarkably, many varieties of carrion flowers can also generate heat, which helps them extend the range of emission of their unique odors, thereby attracting more potential pollinators.

Other unique adaptations found in certain other plant species involve the production of spicy vegetables like peppers which, although enjoyed by humans, many other kinds of mammals find distasteful. This isn’t the case with birds, however, which after consuming the peppers and their seeds, are more likely to help disperse these seeds (along with a bit of fertilizer) through their waste across great distances.

Considering such remarkable natural adaptations, one is left to wonder how plants have managed to form such seemingly intelligent evolutionary adaptations over time. How is it that some plants have seemingly learned how to replicate the odor of rotting flesh over time, and even learned the anatomy of insects that they will rely on to help them procreate? Indeed, while they represent the least animated forms of life on Earth, plants nonetheless remain some of the most perplexing and mysterious.