Many people love the television series American Horror Story, but what they may not know is that the “Murder House” was actually filmed at a real haunted house. Located in Los Angeles, California, is the haunted Rosenheim Mansion which was discussed by one actor who appeared in the series.

In an interview with Newsweek, Aaron Tveit said that he thought the place was “pretty creepy”; especially after director Loni Peristere mentioned that the house was haunted. He recalled what it was like while he was there, “It's pretty terrifying because it's supposed to actually be haunted, and Loni, our director, took great pride because he'd shot in there before for previous seasons so he took us around the house and gave us the ghost tour of the house,” adding, “But we definitely felt in a good way that we got to honor and pay homage to the huge success they've had in that Murder House previously. It was a lot of fun for my first dip into this to go into the most recognizable locations in the whole series.” 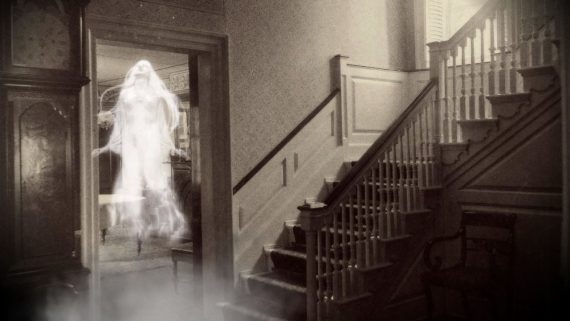 When asked what it was like filming at a haunted house, he said that because there were so many people around, it didn’t bother him as much, however, “...just the way that the house looked and the feel of it, if I was in there by myself I think I'd feel very differently than I felt with all of those people around, so I'm glad I got to be surrounded by people in there!”

Built in the early part of the 1900s, Rosenheim Mansion does have quite the reputation for being haunted by at least two ghosts. The house was sold in 2015 for $3.2 million and the owners have made claims that it is paranormally active.

In an interview with TooFab, owner Angela Oakenfold discussed the strange activity she and her husband Dr. Ernst von Schwarz have experienced since moving in. Their first night in their new home was interrupted at 1:00 am by the sound of a large bang in the room beneath them, followed by dragging noises.

When workers came to their home to set up their utilities, one of them said that he had a strange feeling in the basement and that something touched him. Another worker ran out of the basement, saying that he couldn’t work down there because it was evil. 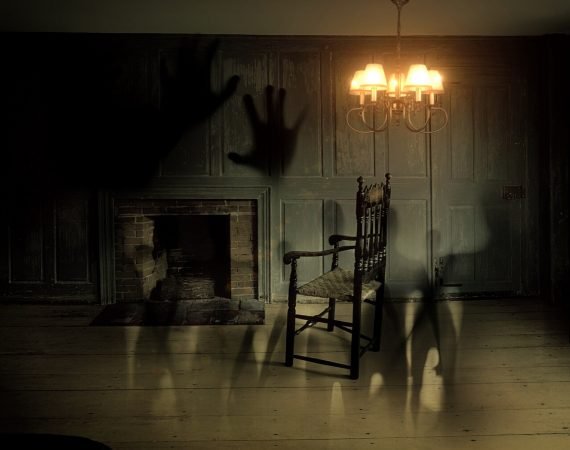 Dr. von Schwarz claimed that he was tapped on his shoulder and that he witnessed a shadow-like mist that he believed was a female ghost. People who have visited the mansion have reported hearing marching sounds as well as a young girl “crying in grief”. Some have even seen the ghost of a butler on the stairs and have felt like a nun was haunting the property (the home was once a convent).

Oakenfold went on to say that an exorcism did occur in the house but that it “didn’t work”. Perhaps American Horror Story’s famous “Murder House” really is haunted.