A mysterious break in one of the arms of the Milky Way Galaxy looks similar to a splinter sticking out of a piece of wood. The break is located in the Sagittarius arm with hundreds of thousands of young stars and star-forming gas clouds sticking out of it at an unusual perpendicular angle.

The “splinter” of stars (also called a spur or feather) extends out approximately 3,000 light-years which may seem like a lot but the entire Milky Way Galaxy has a diameter measuring about 100,000 light-years. To understand this splinter better, it starts approximately 4,000 light-years away from the sun and is located in an area of the Sagittarius arm where there are four famous nebulae: Omega Nebula, Trifid Nebula, Lagoon Nebula, and Eagle Nebula.

In a statement, Robert Benjamin, who is an astrophysicist at the University of Wisconsin-Whitewater, described this disruption in the Sagittarius arm, “This structure is a small piece of the Milky Way, but it could tell us something significant about the galaxy as a whole,” adding, “Ultimately, this is a reminder that there are many uncertainties about the large-scale structure of the Milky Way, and we need to look at the details if we want to understand that bigger picture.”

It was actually a surprise that astronomers found the splinter as they only realized it was there after comparing two star surveys that were recently conducted. They analyzed data collected by NASA’s Spitzer Space Telescope and the European Space Agency’s Gaia satellite. In particular, they studied the pitch angle and velocity of the Sagittarius arm and they realized that while the arm’s curve was approximately 12 degrees, the area in which the break was had a splinter of stars sticking out almost 60 degrees.

Another thing that they noticed was that all of stars in the splinter were moving in the same direction and speed which would indicate that they were probably created at approximately the same time. Additionally, they all likely had the same gravitational force that pulled them into their current location. 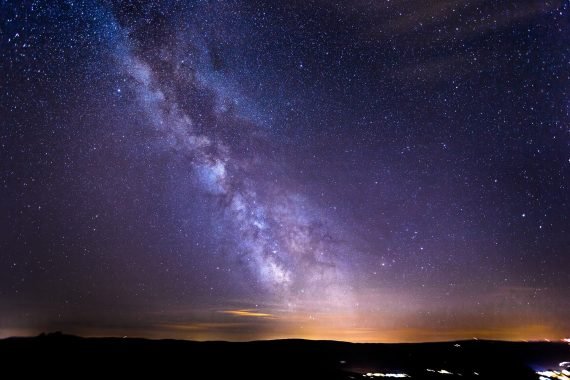 While it’s not entirely clear as to what caused these stars to break from the arm, it is actually a common occurrence in other spiral galaxies. With further analysis and data regarding our own Milky Way, scientists will probably find other breaks and splinters. But for now, they have detected just one odd-looking splinter that looks completely out of place. (A picture showing where the break is located can be seen here.)

The study was published in the journal Astronomy & Astrophysics where it can be read in full.

Incredible Pilot UFO Encounters from 2000 and Beyond