Is it possible there are people out there who may not really be people, after all? How about constructed creatures? I'm talking about things that might be created and grown. It might sound outlandish (in fact, it is outlandish!), but bear with me. One particular story from 1973 comes to mind: the October 1973 Hickson-Parker "alien abduction" affair. The case is made notable by the fact that the creatures the pair encountered were not taken away by the typical large-headed, dwarfish, black-eyed aliens (the Greys). They weren’t even of the benevolent-looking, so-called "Space Brothers" variety of the 1950s. Nope, this particular breed of E.T. was described later by the shocked and undeniably traumatized men as being humanoids, but with faces that appeared to be almost masked, and heads from which three carrot-style aerials protruded. On top of that, they had large crab-like or lobster-like claws. Then matters got even worse: when the things from another world were practically on top of terrified Parker and Hickson, both men were rendered into a state of paralysis. Whether due to some technology of the aliens, or provoked by overwhelming fear, remains unknown. Maybe it was a combination of both. Suddenly, the entities seized the pair, who were manhandled onto the UFO. Like most abductees, Hickson and Parker were quickly reduced to the equivalents of lab rats. When the trauma-filled encounter was over, the pair was dumped back on the edge of the river.

Now, let's look at the 1952 saga of the Flatwoods Monster of West Virginia. Although the creature involved in the incident is referred to as a monster, there's not doubt it was a constructed thing. Flatwoods, West Virginia, is situated in Braxton County and is a town of less than three hundred people. It dates back to the latter part of the 19th century and makes for a pleasant visit. The landscape is wooded and hilly, and provides a captivating picture. For such a tiny town, though, Flatwoods has become famous: it was the location of one of the most legendary of all UFO encounters of the 1950s. September 12, 1952 was the night on which something bizarre, out of this world, and beastly paid Flatwoods a menacing visit that they have still never forgotten, decades on. Or, those same townsfolk were the manipulated targets of a very strange experiment. The expert on the story is Frank C. Feschino, Jr. His extensive research into the case led him to write an excellent book on the subject: The Braxton County Monster. He says that on the night when the town was destined to forever become famous, a strange, bright object fell from the sky in a hilly area in town. Feschino expands: "A group of schoolboys saw the object maneuver across the sky and seemingly fall to Earth.” He asks: “Was it a meteor, plane or anything they could explain? The boys and two adults headed off to look for the object. Soon a twelve-foot tall being from the downed craft terrified these innocent people." 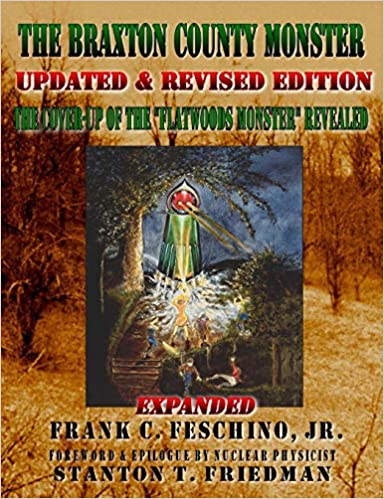 Looming before the hysterical band of intrepid souls was an approximately ten-feet-tall, floating monster, which appeared to be humanoid in shape, and which had a large black cowling behind its head – that gave the entire head a kind of "Ace of Spades" appearance - and that was possibly even cloaked. Oddly, its lower half was ice-cream cone-shaped and had wires and cables running from it. This issue of the cone-shaped lower portion led flying saucer sleuths to later suggest the monster my actually have been encased within some kind of remotely piloted vehicle. As the creature then turned its attention to the group, and wildly fired laser-like beams from its eyes, the brave band was suddenly brave no more. They didn’t wait to see what might happen next. One and all fled, screaming – possibly for their lives. Mrs. May breathlessly shouted to the boys to follow her to her home, which they all did. On arrival, and possibly as a result of exposure to the noxious odor that hung around the hill, several of the boys became violently ill, feeling nauseous and even outright vomiting. Kathleen May quickly and shakily called the local police, who, rather intriguingly, were busy responding to reports of what was described as an "airplane crash" in the area. It turns out that no such crashed aircraft was ever found. The mystery is still a mystery. 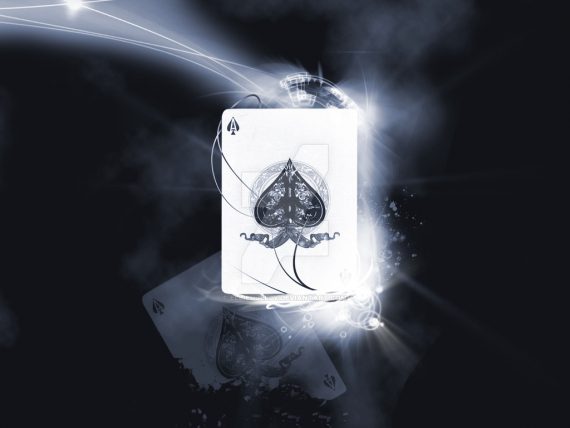 How about the Black-Eyed Children? They appear to be far more robot-like than living beings. For example, there's their pale skin that actually appears to be more like plastic or rubber. When they try and find ways to get into the homes of people, and asked to be invited in, it's as if the words they're saying mean nothing to them. In other words, it's like a recording. And what about created creatures that look like other people? A perfect example revolves around the late writer, Brad Steiger. We might say that, back in the 1960s, Brad found himself "copied." A sinister situation, to be sure. Brad said: "I suspect a human agency involved in a strange campaign that was conducted regarding Steiger imposters who spoke at various conferences around the United States. On occasions the imposters allegedly conducted themselves very well, thus making the whole enterprise of Counterfeit Steigers a seemingly futile project. On other occasions, the imposter’s assignment was quite obvious."

Brad continued: "On an unfortunate number of occasions, I received letters complaining of my outrageous and insulting behavior while speaking at a conference. There were claims that I had openly berated my audience, calling them stupid for accepting the very premise of UFOs. A close friend happened to arrive on the scene after one pseudo-Steiger had departed and tried his best to assure the sponsors of the event that the rowdy, disrespectful speaker could not have been the real Brad.  In his letter, my friend warned me that he had visited a number of lecture halls where the imposter had damned his audiences. “Someone seems out to damage your reputation," he advised. "In a most bizarre twist, dozens of men and women have approached me at various lectures and seminars, congratulating me about the manner in which I bested Carl Sagan in debate. The event allegedly occurred after a lecture when I happened to bump into the great scientist in a restaurant.  The eatery, according to the witnesses, was crowded with those who had attended the seminar, and they egged on a debate between myself and Sagan.  I mopped up the floor with him, countering his every argument against the reality of UFOs. The truth is that I never met Sagan, therefore, neither had I ever debated him. But from coast to coast, there are those who claim to have witnessed my triumphal bout. Even more individuals claim to have been in the audience when I delivered a rousing message from the Space Brothers in Seattle.  Regardless of how often I deny that I was not in Seattle at that time and have never channeled the Space Brothers, those who were at that event are puzzled why I would deny my eloquence."

Creatures that aren't born, but constructed and rolled off of conveyor-belts? Maybe.