“Do you think the astronauts are going to have loneliness and depression and PTSD? I think yes. How are you going to help them?”

If NASA posed that question to you, how would you answer it? Self-described Astromycologist Paul Stamets (Mycology is the branch of biology concerned with the study of fungi, ‘astro’ refers to outer space … you can do the rest) answers his own question in an interview with Scientific American – psylocibin ‘magic’ mushrooms grown from the most economical food storage packages around … spores. Is NASA thinking about it? Are astronauts? Elon Musk?

“I think it’s inevitable we’re going to someday find fungi on other planets.”

Spoken like a true mycologist. Most of Paul Stamets interview in the article, “Future Space Travel Might Require Mushrooms,” relates to the challenge of taking food into space, growing it in space, and ultimately terraforming another planet with Earth crops. Using Mars as the example, Stamets describes his astromycology proposals to NASA. First, he reveals he’s testing mushrooms in soil that mimics Martian regolith (asteroid dust) and common oyster mushrooms (Pleurotus ostreatus) seem to take to it well. From there, he plans to combine oyster mushrooms with other fungi to help them grow in regolith. He points out that the mushrooms can get nutrients from the decomposition of other mushrooms or plants, thus fueling themselves. There’s no need to sell astronauts on eating oyster mushrooms, but Stamets also show how the mushroom reishi mycelium can be grown the same way and used to make strong building materials – thus reducing the need to transport them.

Stamets saved that proposal for last, fearing it is so controversial that Scientific American might not even publish it.

“Under carefully controlled conditions, our astronauts [being] able to take psilocybin in space and look at the universe and not feel distant and alone but feel like they’re part of this giant consciousness will give them a better frame of mind—psychologically, emotionally—to work with other astronauts and stay on mission.”

What goes around comes around – even in space. Stamets stated in his book, "Mycelium Running: How Mushrooms Can Help Save the World," that science fiction writer Frank Herbert based the spice mélange in “Dune” on magic mushrooms.

“Frank went on to tell me that much of the premise of Dune — the magic spice (spores) that allowed the bending of space (tripping), the giant worms (maggots digesting mushrooms), the eyes of the Freman (the cerulean blue of Psilocybe mushrooms), the mysticism of the female spiritual warriors, the Bene Gesserits (influenced by tales of Maria Sabina and the sacred mushroom cults of Mexico) — came from his perception of the fungal life cycle, and his imagination was stimulated through his experiences with the use of magic mushrooms.” 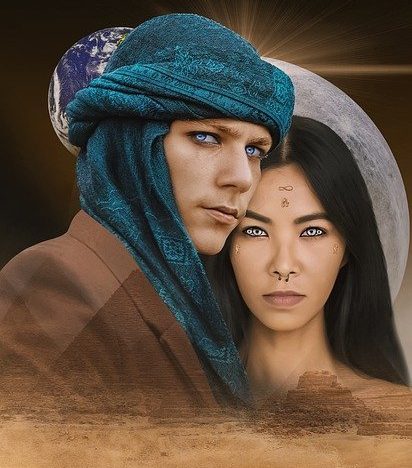 Is that, plus the food and building material capabilities of mushrooms, enough to convince NASA to test psylocibin on a future mission?

“So I say this with great sincerity: NASA and anyone else working and looking at the settlement of space, you should consider that psilocybin mushrooms should be an essential part of your psychological tool kit for astronauts to be able to endure the solitude and the challenges of space and isolation.

Psilocybin mushrooms build creativity; people who are more creative come up with more solutions. I think that, in a sense, is a fertile ecosystem that can lead to the sustainability of humans in space.”

‘Shrooms in space. A psychological and colonization tool, a possible movie title, a great name for a band. Can all three happen? Frank Herbert would be thrilled.