From the “This can’t be good news” file comes a new study which found that there are more supermassive black holes wandering the universe that once thought – perhaps even outnumbering the number of supermassive lacks holes found in their usual place in the center of a galaxy. This increases the chances of them colliding with each other as well as consuming stars and planets in their way. The good news is, there are less of these wandering black holes now that at the birth of the universe. The bad news is, they’re difficult to detect. Should we be worried?

"Romulus predicts that many supermassive black hole binaries form after several billions of years of orbital evolution, while some SMBHs will never make it to the center. As a result, Milky Way-mass galaxies in Romulus are found to host an average of 12 supermassive black holes, which typically wander the halo far from the galactic center."

Romulus in this case is not the legendary first emperor of Rome or the home of Star Trek’s Romulans but a modeling tool developed by Michael Tremmel of Yale to help astronomers simulate the evolution of different regions of the universe from just after the Big Bang until the present day. Tremmel was one of the co-authors of the study, published in the journal Monthly Notices of the Royal Astronomical Society, which found that in today’s universe about 10% of the mass in black holes might be in wanderers. With Milky Way-mass galaxies having an average of 12 supermassive black holes, that means their 11 wanderers aren’t as massive as the big one in the center. However, some with higher redshifts (the displacement of spectral lines toward longer wavelengths) both outweigh and outshine their central supermassive counterparts.

“Most wandering black holes, we find, remain close to the seed mass and originate from the centers of previously disrupted satellite galaxies. While most do not retain a resolved stellar counterpart, those that do are situated farther out at larger fractions of the virial radius. Wanderers with higher luminosities are preferentially at lower radius, more massive, and either closer to their host’s mid-planes or associated with a stellar overdensity.”

While these black holes wander, the bigger ones tend to stay close to the center of their galaxy. They also grow at about the same rate as their galaxies, so they stay the same size in relative terms. Finally, many of the wandering supermassive black holes are not active, which is good news for stars and planets in their paths, which makes them very difficult to spot, which is bad news for astronomers trying to discover and track them in order to learn more about their development and the development of the universe in general. 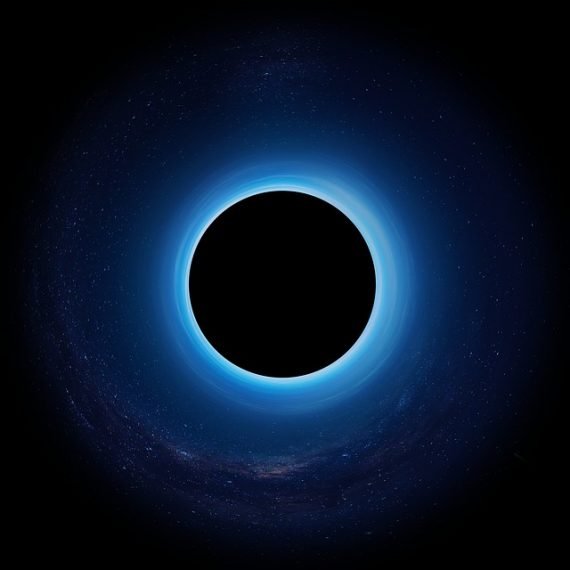 Should we be worried? Well, astronomers in 2018 detected a Jupiter-sized black hole with 30,000 times the mass of the Sun wandering through the Milky Way. That makes it a medium-sized black hole and it’s no danger to us. In fact, even though we can’t see them and are just now learning how to detect them, wandering supermassive black holes are no danger to Earth now or for probably a few billion years.

It’s safe to go back to your other worries.