A new study has brought new hope that planets orbiting red dwarf stars may possibly be able to sustain life. It was previously believed that superflares from the host star were so powerful that any planet near it would be bombarded with so much radiation that their atmosphere would be destroyed and no life could ever survive there.

But there is now good news regarding those planets as recent research has revealed that the flares don’t erupt directly towards the planets. Astronomers from the Leibniz Institute for Astrophysics Potsdam (AIP) along with scientists from the United States and Spain analyzed superflares on red dwarf stars by using optical observations from the Transiting Exoplanet Survey Satellite (TESS).

While red dwarfs are cooler and smaller than our sun, they are much more active with frequent and powerful flares. In order to determine if planets orbiting red dwarf could be habitable, the researchers conducted extensive analysis to find out where exactly on the star the flares erupt from. 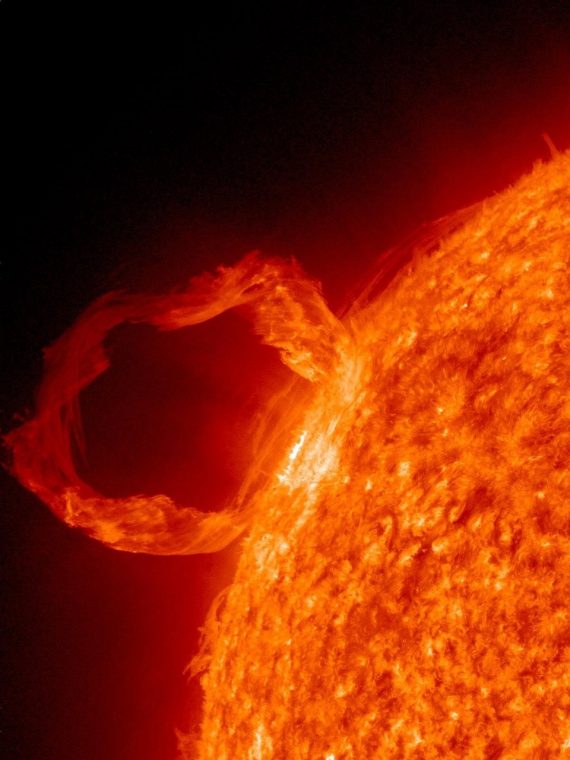 They searched through tons of data regarding red dwarf stars collected by TESS. More specifically, they were interested in those that showed large flares by analyzing the light curves of more than 3,000 red dwarf stars. They ended up focusing on four flares that occurred near the pole of the star at latitudes of over 55 degrees (they are normally below 30 degrees).

The researchers studied the white-light flares which are flashes of light that can sometimes be seen during solar flares on fast-rotating red dwarf stars as AIP Ph.D. student Ekaterina Ilin explained, “We discovered that extremely large flares are launched from near the poles of red dwarf stars, rather than from their equator, as is typically the case on the Sun.”

Ilin went on to say, “Exoplanets that orbit in the same plane as the equator of the star, like the planets in our own solar system, could therefore be largely protected from such superflares, as these are directed upwards or downwards out of the exoplanet system. This could improve the prospects for the habitability of exoplanets around small host stars, which would otherwise be much more endangered by the energetic radiation and particles associated with flares compared to planets in the solar system.” 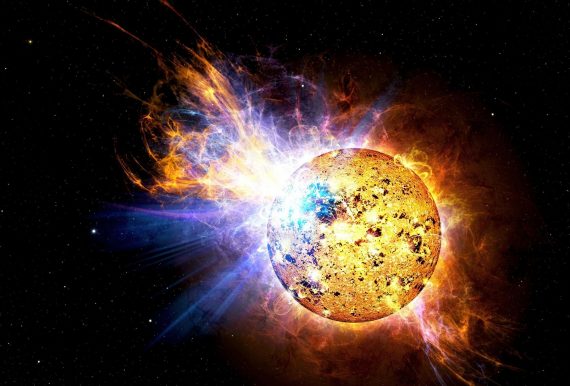 If the planets orbiting red dwarf stars are not being constantly hit with powerful flares, they may actually be able to sustain life which is very interesting. Now we just need to find out if there is anything living on them.

The study was published in the Monthly Notices of the Royal Astronomical Society where it can be read in full.