Ever since scientists began growing human mini-brains from stem cells, they have been unsurprisingly controversial. Concerns over them becoming sentient rose as some were shown to generate brain waves. Debates over how long to allow them to live continue, even though their potential use in drug testing for neurological illnesses shows their benefits. The controversy has even affected their name, which has gone from mini-brains to the less obvious cerebral organoids before settling on brain organoids. The controversy has heated up again with a new study revealing that brain organoids have spontaneously developed optic cups – a key part of the human eye – and they show light sensitivities. Is this revolutionary or the beginning of a real-life ‘Brave New World’?

“Our work highlights the remarkable ability of brain organoids to generate primitive sensory structures that are light sensitive and harbor cell types similar to those found in the body.”

The optic cup is the white circular area in the back of the eye where the optic nerve connects to the retina – eye doctors watch for changes in this to check for glaucoma. In a press release announcing the publication of the study in the journal Cell Stem Cell, senior study author Jay Gopalakrishnan of University Hospital Düsseldorf explains that he and other researchers have grown optic cups directly from human induced pluripotent stem cells (iPSCs), but this is the first time mini-brains, also grown from iPSCs, were induced to grow them in a similar manner to a human embryo.

By tweaking the iPSCs, the team generated 314 brain organoids of which 72% formed optic cups, promoting them to optic vesicle-containing brain organoids (OVB-organoids). The optic cups matured as visible structures within 50 days – a timeframe parallel to the same development in a human embryo. 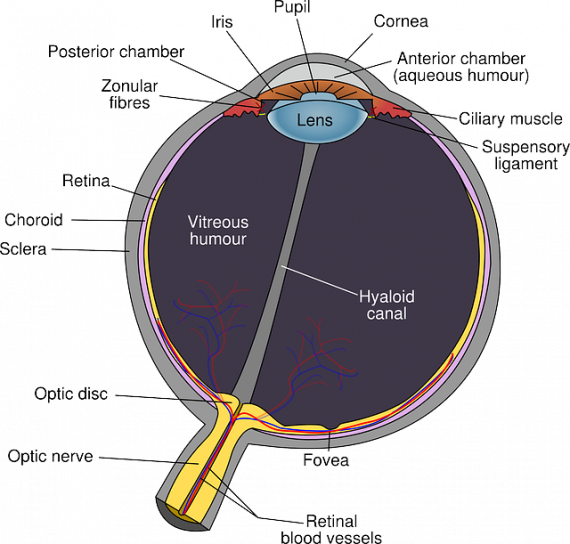 “Interestingly, various light intensities could trigger photosensitive activity of OVB-organoids, and light sensitivities could be reset after transient photobleaching.”

In other words, the OVB-organoids showed sensitivity to light, indicating they were well on their way to developing into mini human eyeballs. Gopalakrishnan point out that this is the first time a mammalian brain in an in vitro system had “nerve fibers of retinal ganglion cells reach out to connect with their brain targets.”

As always, the press release emphasized the medical benefits to growing human mini-brains with mini optic cups, with future studies keeping them viable for long time periods to help investigate mechanisms that cause retinal disorders. These are noble causes – but what next? In the non-fiction “Brave New World Revisited,” written almost 30 years after “Brave New World,” Aldous Huxley looks at the world in 1958 and concludes it becoming like “Brave New World” much faster than he anticipated. It’s now over 60 years later. Where has this mini-brain development taken us? Where is it leading us to? 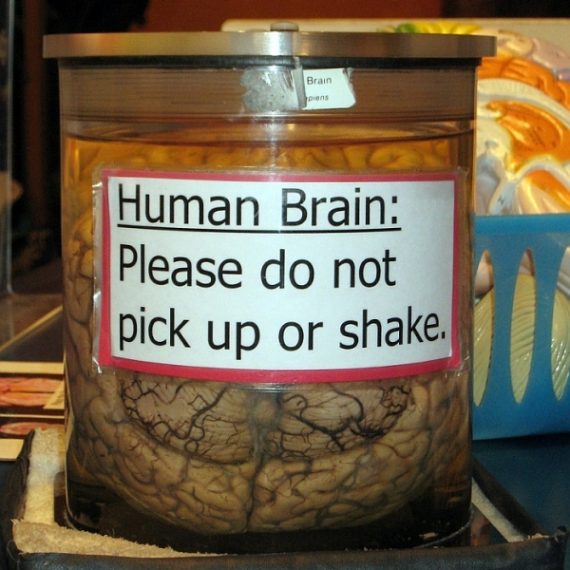 In the discussion section of the study, the researchers seem to express surprise that the mini-brains are not as chaotic as once suspected. Does this mean they could really develop into full-sized, functioning human brains? Could they be ‘induced’ to develop into BETTER brains?