Ikiryō: The Living Ghosts of Japan

Throughout the history of humanity there have been many stories of all manner of ghosts, demons, and spiritual entities, encompassing all sorts of strange occurrences. One area that had been talked about hails from the country of Japan, where there have long been stories of ghosts and spirits that come not from the land of the dead, but from that of the living.

Japanese lore and legend are full of all manner of demons, ghosts, and denizens of the spirit world, but one of the more interesting of these are the entities known as the Ikiryō, or roughly “living ghost.” These are more or less in basic terms the spirits of living people that have been temporarily dislodged from the living body to roam about, often over very great distances, in order to haunt, curse, or generally freak people out. The reasons for this happening are varied, and can take many forms. One of the most common ways for an Ikiryō to form is through bouts of intense emotion, including deep sadness, love, passion, hatred, or rage, which would temporarily free the soul from the body to cause it to wander and meander about, usually drawn to whatever was the source of these emotions and very often while the living person is in a trance, without being aware that it is even happening at all. Another way for an Ikiryō to form was through some grave injury or someone near death. A popular piece of lore from World War II was that the Ikiryō of dying soldiers even overseas would appear to friends and families as the soldier lay wounded and dying on the battlefield, a sort of way for them to give their last goodbyes, and there are numerous cases of people visited by the apparitions of loved ones on their death bed. 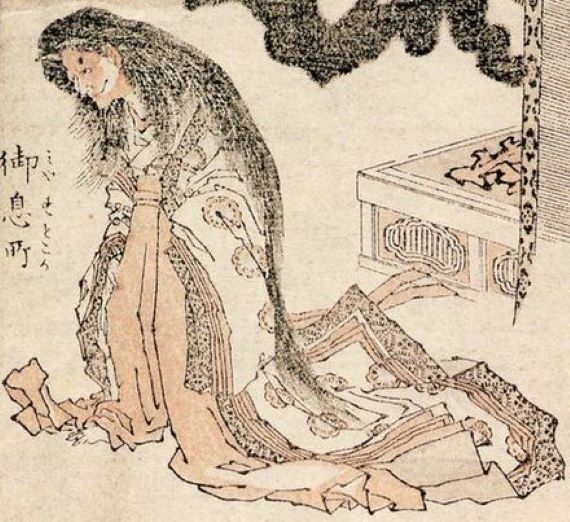 There were other ways for an Ikiryō to be formed as well. One of these was through a condition that was called rikonbyō, literally “soul separation sickness,” also known as kage no yamai, or “shadow illness,” which was a sort of disease which had the main symptom of causing the victim’s soul to frequently take flight from the body, only to return later, and this affliction was often said to be passed down from generation to generation. In very rare cases, an individual may have the power to form as an Ikiryō at will and to travel about in this spiritual form, an ability known as tobi-damashi. Yet another way for a person to form an Ikiryō was through a curse, either incurred from an enemy, or intentionally done in order to spirit away and take vengeance on someone in spiritual form, which could be done through a ritual called “the pilgrimage of the hour of the ox” (ushi no koku mairi). In this case, the person willfully became an Ikiryō through black magic in order to haunt, torment, injure, or even kill an enemy, although such nefarious magic could easily backfire and result in them not able to enter their bodies again.

Once detached from the body, the Ikiryō is said to take on a variety of different appearances, depending on the reason it has formed or the region. The most common description is that it appears as a sort of doppelganger of the living person, sometimes translucent or foggy, while at other times indistinguishable from a living person. Other Ikiryō would take on more frightening appearances, such as a floating disembodied head or a "soul flame", known in Japanese as the hitodama or hidama, a sort of flaming orb of light or fireball, although this phenomenon in relation to living ghosts was always considered very rare. The powers of Ikiryō also vary, largely dependent on the reason they formed and the intensity of the emotion driving them. Ones formed and fueled by rage were thought to be the most powerful, most destructive, and most able to influence the physical world, including breaking objects, moving things, and attacking the living or causing illness, as well as inflicting curses, the ability to incite uncontrollable terror, and to even possess another’s body. Ones formed from unrequited love were thought to haunt the objects of their affection and could whisper into their ear or stroke or even grab them. Ikiryō formed by sadness were often said to emanate a cold chill around them, as well as a sense of great despondency that would affect the living in the area. Other myriad phenomena attributed to the Ikiryō are anomalous noises, disembodied footsteps, scents that appear out of nowhere, cold spots, and other phenomena typical of a usual haunting. If the visitations are persistent enough the victim of an Ikiryō is often said to slowly become depressed or even insane. The person who is projecting the Ikiryō may be aware of what they are doing during these episodes, but there are more often than not stories of the person waking with no memory of their wanderings and manifestations as a spirit, only hearing about it later from terrified locals. 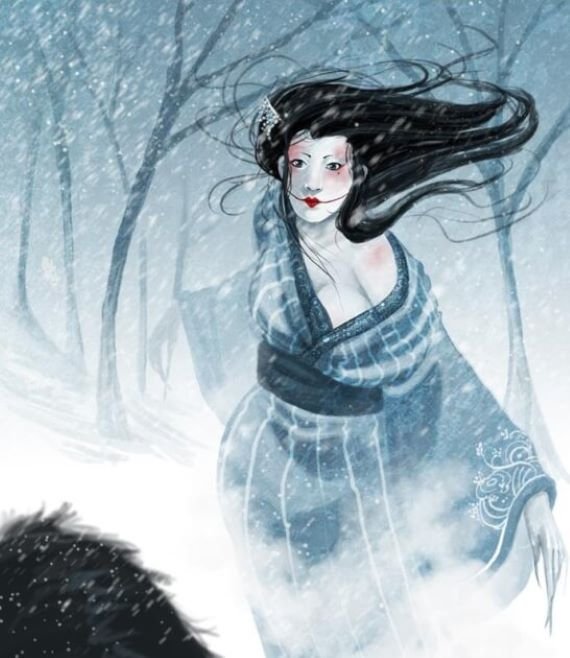 The Ikiryō appear often in Japanese classical literature such as The Tale of Genji and in many fictional classical horror stories such as the horror story (kaidan) collection Sorori Monogatari, and these stories even appear in Buddhist scriptures, yet for all of the fictional appearances and legends, many in Japan have long considered this to be a real phenomenon right up to this day. There are countless stories from throughout Japan of real sightings and experiences with Ikiryō of all types. There are even places where one can employ the services of a monk or priest specializing in exorcising Ikiryō being sent from enemies to taunt them. It has been incorporated into traditions throughout the country to this day, a true tale of legends and lore being brought into the beliefs of many. What are the Ikiryō? Is this just myths, or is there something more to this? Whatever one may think, it is a strange case of spiritual phenomena coming from a faraway land, which may just be worth considering.