Killer Mermaids Return to Zimbabwe and Two Mermaid Museums Open in the U.S.

In many countries, mermaids are a maritime myth told by lonely mariners. In parts of the U.S., particularly Florida, mermaids are a form of entertainment at lounges and occasionally used as exercise (those flipper costumes give a great cardio workout – just don’t drown!). In Maryland and Washington, museums dedicated entirely to mermaids opened recently. In Zimbabwe, they are feared killers and appear to have struck again. Should the museums and lounges add more security?

“Three villagers from Mapanzure communal lands in Masvingo disappeared last Friday after plunging into a pool under mysterious circumstances. The three, whose identities have not been disclosed, were apparently performing rituals on the banks of the Musogwezi River before jumping into a pool along with two other villagers. They have not been seen since last week and relatives are said to be now conducting rituals for their safe return.”

That sad news was reported in late July on numerous Zimbabwean media sites. While it sounds like a tragic accidental drowning, another account by a person who survived the incident blames mermaids who locals believe have been responsible for other deaths and kidnappings. Pindula reports that “self-styled prophet” Amos Chituri of Agness Access Apostolic Church visited a Chivi family in Tazvigwira to attend to a child who is believed to be mentally ill. As per village protocols, he was joined by village head Victor Tazvigwira. While he couldn’t do anything for the child, Chituri sensed Tazvigwira was possessed by the spirit of a person whose bones he had found and needed to be cleansed. They went to the Musogwezi River for exorcism and baptism with Tazvigwira’s wife and two children and others – a total of about nine people. As they entered the pool in the river, this happened:

“Chituri paced close to the pool, others started speaking in tongues, ran and plunged into the pool. They heard a huge trembling noise from the pool and the hills above. Forces they could not understand shoved and pushed them under the water.” 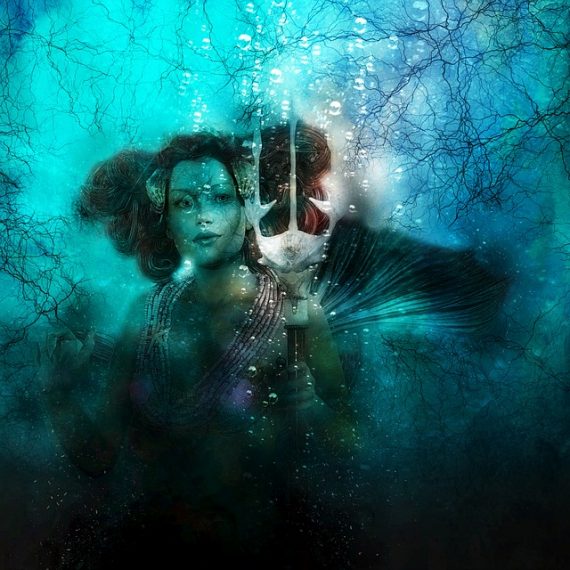 Tazvigwira was one of them. He told Pindula he came to on the shore, not knowing how he got there. He and Chituri counted heads and realized that that three of the youths were missing, including Fungai Berevedzai who according to some relatives was taken by mermaids on two occasions before. That led them to believe mermaids were responsible again. After searching for the girls unsuccessfully, the village brought in a spirit medium identified as Mbuya Juliana who performed rituals that were said to have caused trembling noise heard three times. Then, according to the report, the bodies of the girls emerged from the water. Pindula says Tazvigwira believes he and his ‘goblin’ are responsible for arousing the mermaids and wants help.

Maybe he should call the Mermaid Museum, which opened in March in Berlin, Maryland. Smithsonian magazine reports the 2,200-square-foot venue is located about ten miles inland but is dedicated to tracking mermaid sightings from the first century C.E. to as recently as 2017, and contains “mermaid scales” discovered on the nearby Isle of Wight and a Feejee Mermaid -- a half-monkey, half-fish taxidermy model promoted as authentic by 19th-century showman P.T. Barnum. It also has artifacts like a mermaid-shaped Cheeto, references to pop culture mermaids, anti-mermaid spirit charms used by Japanese fishermen, promotional materials for Florida’s Weeki Wachee that hosts underwater mermaid performances, and much more. (More info here.) 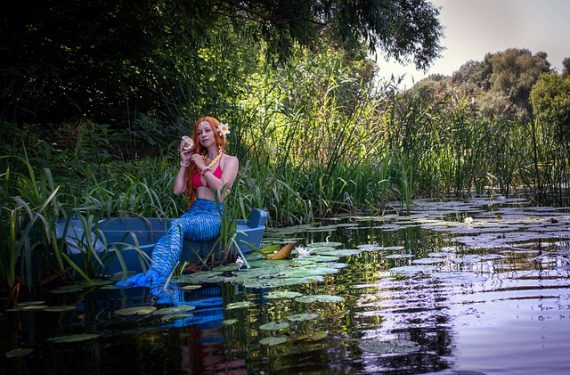 If the Maryland Mermaid Museum can’t help, Tazvigwira the International Mermaid Museum, which opened in April in western Washington state. That one “is dedicated to teaching ocean ecology from seashore to sea floor immersed in mermaid mythology” and combines ocean ecology with mermaid stories and artifacts like a shell called Triton’s trumpet, the murex pectin shell known as a Mermaid’s Comb, a mermaid’s purse (the egg sack of dog fish and skate), mermaid’s tears (actually crystalline rocks) and more. (More info here.)

Yes, the Zimbabwean story is tragic and the strong local belief probably hides a more logical explanation involving dangerous currents, government neglect and unscrupulous religious leaders. Knowledge is power. Perhaps instead of sending the village leader to the mermaid museums, the villagers should visit them.