No visit to Scotland is complete unless it includes a stop at Loch Ness for some Nessie looking. As one who has had the pleasure, nothing beats getting up close and personal with the beautiful waters that may contain the most famous and elusive monster in history. Its expanse is breathtaking and surprisingly large, which is one reason why, even with COVID, this writer has long lamented the rise in ‘sightings’ via the 24-hour online Nessie cam. Fortunately, tourism is returning and that means more sightings form the shores of Loch Ness. The second such on-site sighting in two months occurred recently – with an uncommon twist.

“I think I may have just seen whatever it is two thirds the way across the loch from the parking spot just before you reach Urquhart Castle.” 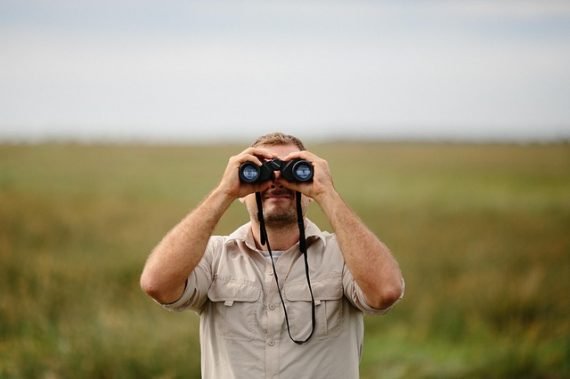 Col Veacock of Liverpool revealed his sighting on the Facebook page of Steve Feltham, who is well known for his full-time hunt for proof of the Loch Ness Monster since 1991. The sighting occurred at 3:10 pm on July 30th. Proving that nothing beats being there in person, Veacock says he made his possible sighting while scanning the loch using 10x25 binoculars. Veacock also posted photos of the spot where he saw “whatever it is” but explains in comments that none contain the actual sighting. However, he did something most spotters don’t – he copied what he saw in a drawing, which can be seen on the Official Loch Ness Monster Sightings Register, which declared it the 9th sighting of 2021. Here’s another uncommon twist – to ensure the accuracy of his drawing, he compared it to a boat going by shortly after his sighting … and then boarded the boat and took a trip!

“I judged its length by waiting for the Jacobite Warrior to pass and it was about the same length as the rail at the back of that boat, ten to twelve feet. I then went and took the next sailing of the Jacobite Warrior to get out there and see if anything was floating about out there but I saw nothing. I lost sight of it when the clouds let the sun through causing a reflection of the green hills in the water. Whatever it was was slightly thicker on the left than the right.”

After further investigation, Veacock revised his drawing to note that “whatever it was” was 18 inches above the water and ten to twelve feet long. The register notes that he saw two other families in the lay-by who also witnessed it. In another Facebook comment, he gave this reassuring detail:

“I was doubting myself because I kept losing it. I expected it to disappear when a speedboat went by but it remained in the same spot. Only when the sun shone through a break in the clouds causing the hillside to reflect in the water that I finally lost it.”

What did Col Veacock see … or think he saw? Photos probably wouldn’t have helped at the distance he described. It doesn’t appear anyone in the boats that passed nearby slowed down as if they’d seen it, nor does he say he saw anything in the water on his own trip past the spot on the Jacobite Warrior. The drawing certainly helps, but at best we can agree with Veacock’s description that what he saw was a “whatever it was.”

Whatever it was, kudos to Col Veacock for reporting it from up close and personal.

The Bizarre Tale of Le Loyon, the Gas-Mask Wearing Phantom of Maules