A new report released by the National UFO Reporting Center (NUFORC) has revealed which states in America you would be most likely to witness a UFO. According to the report, the best place to see an unidentified flying object is on the west coast of the United States and the best time of year is during the spring.

For those living in California, you may want to keep your eyes on the sky as that state has the most UFO sightings with a jaw-dropping 619 encounters just in 2020. The first four sightings of last year were all on January 1st when someone in El Centro noticed a red orb floating in the sky before changing direction and vanishing; a person in Bakersfield spotted three yellow circles in the sky; an individual in Los Angeles saw a disk/saucer-shaped object over a forest; and someone in Cambria witnessed a dome-shaped cylinder over Highway 1. The last encounter of the year was on New Year’s Eve in Palm Springs where four orange lights located one behind the other were spotted before a fifth came into view. Then each of their lights turned off one by one.

People living in Florida, Washington State, Pennsylvania, and Texas may also want to keep a watchful eye on the sky as these states round out the top five with the most reported UFO sightings.

As for what time of year would be best to see an unidentified flying craft, the spring months seem to be the most active with 1,873 total sightings in the country between March and April of last year. Additionally, you have a better chance of spotting a visiting alien in between the hours of 8pm and midnight. The worst time of year to spot extraterrestrial activity is in the month of December as there were only 370 reports during that month in 2020. Perhaps the winter months are too cold for the aliens? 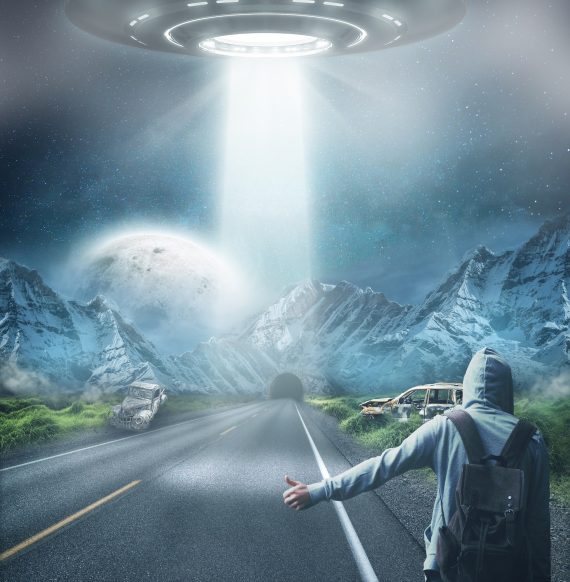 With that being said, if you wish to encounter a UFO, your best bet is to get to California during the spring months and stare up at the sky for 4 hours after it gets dark. On the other hand, if you have absolutely no interest in encountering a UFO, you may want to stick to Washington, D.C. as there was only one sighting there last year.

NUFORC’s full list of UFO sightings for each state can be read here.