Of Devils and DMT: Strange Studies That Explored Links Between Psychedelics and Schizophrenia

Hallucinations represent one of the most unusual categories of the human experience. Some individuals seek out ways of intentionally inducing hallucinatory experiences, perhaps for purposes of pure recreation, or even to gain deeper levels of spiritual insight. However, many individuals suffer from hallucinations that occur because of chemical imbalances present due to disorders like schizophrenia, which can produce frightening, and often debilitating delusions requiring professional treatment and care.

Over the years, there have been a handful of studies that have looked at the overlap between psychedelic visionary experiences and hallucinations suffered by schizophrenics. One article that appeared in the Journal of Mental Science as early as 1958, titled “Dimethyltryptamine Experiments with Psychotics,” involved the work of researcher Stephen Szara, a Hungarian born chemist and psychiatrist who published several papers looking at whether certain tryptamines like DMT could be at the root of psychosis. Szara, in addition to being one of the earliest clinical researchers to examine the pharmacological effects of DMT, also explored the possibility that such substances might be beneficial for use in therapeutic settings as well.

In Szára’s 1958 paper examining the effects of DMT administered to schizophrenic patients, one of his patients reported being aware of “strange creatures, dwarves or something,” shortly after being administered DMT. The following year, an additional study administered DMT to several patients through injection, only one of whom was able to recall anything of her experiences afterward.

“I was living in a world of orange people,” the patient reported of her DMT experience. The studies remain notable for being early pharmacological studies that noted the comparisons between the hallucinatory experiences of schizophrenic patients, and psychedelic visionary experiences resulting from the use of DMT.

Another instance where the parallels between DMT experiences and the descriptions of schizophrenic patients were examined involves the research of psychologist Wilson Van Dusen Ph.D., who conducted a research study with hundreds of schizophrenic patients. In Van Dusen’s study, several individuals suffering from hallucinations reported experiences that involved the perception of humanlike entities appearing before them. Attempting to better understand the nature of these schizophrenic hallucinations, Van Dusen employed a novel approach: merely interacting with his patients, he attempted to interact with the hallucinations themselves, as though they were real.

Working with individuals who were able to distinguish between their own conscious thoughts and those which appeared to come from the hallucinations they perceived, Van Dusen hoped to establish a relationship with both the patient and the “entities” they described, with the patient acting as a sort of interpreter. Van Dusen would conduct interviews with his patients, whose hallucinations he treated as though they were real individuals in the room with them. Often speaking directly to these perceived entities, Van Dusen asked his patients to dictate their replies to him. 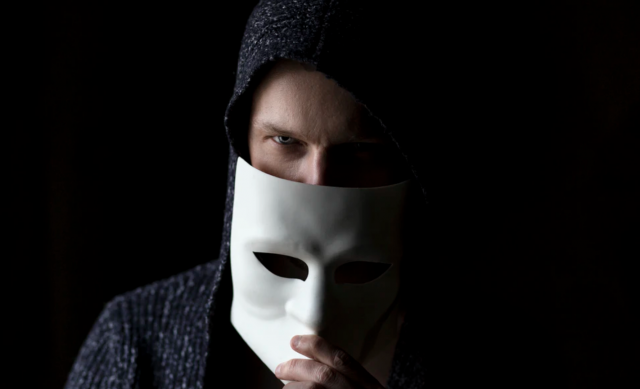 The results surprised Van Dusen and led to cases where he was able to maintain conversations with these hallucinatory “beings” for long periods, with his patients acting as interpreters for this dialogue. At times, Van Dusen recognized what appeared to be content from these exchanges carrying symbolic meaning which he determined to be beyond the comprehension of his patients in many instances. Some of his patients also said they felt that their encounters with the beings were some sort of contact with entities from other places, rather than being mere hallucinations.

Van Dusen believed that there might be a connection between these entities, and other types of phenomena, like possession and other instances of paranormal contact with beings like ghosts, spirits, and demons, asking whether the entities he interacted with might “really be spirits or pieces of one’s own consciousness?”

Of course, it has been noted that Van Dusen’s rather unconventional approach toward treating schizophrenic patients (and his equally unconventional interpretations of their hallucinations) had drawn influence from Swedish philosopher Emmanuel Swedenborg, who among other things had claimed to speak to angels and other disincarnate beings who resided on other planets in our solar system. Needless to say, the Swedenborgian influence is both obvious in Van Dusen’s approach and helped to foster conclusions that few other clinical professionals would have entertained.

Hallucinatory experiences—whether induced with the aid of substances like DMT or produced endogenously within the body—may trigger similar areas of the brain, and therefore at times result in similar distortions in reality. Thus, it might also be possible that working toward understanding the similarities between different types of hallucinations, as well as their underlying causes, could even help to offer explanations for some types of paranormal phenomena reported in various cultures throughout the world over time.

Seven Ghosts That Appear Every August in the United Kingdom