Researchers have discovered a perfectly preserved brain that dates back over 300 million years and what experts are learning from it is quite surprising. This never-before-seen discovery is of a 310-million-year-old fossilized brain that belonged to an extinct species of horseshoe crab named Euproops danae.

The fossil was unearthed at Mazon Creek in Illinois. While many horseshoe crab fossils have previously been found, very little was known about their brain – at least until now as explained by Russell Bicknell who is a paleontologist at the University of New England in Maine, “This is the first and only evidence for a brain in a fossil horseshoe crab.”

He told Live Science that there is only about a “one in a million” chance of finding a fossilized brain so this discovery is incredibly important to say the least. He added that since the brain is made up of soft tissues, it normally decays very quickly. “In order for them to be preserved, either very special geological conditions, or amber, are needed.” And as for the Euproops danae discovery, there was a perfect mold of its brain.

Since there is an iron carbonate mineral named siderite in the deposits at Mazon Creek, the remains were perfectly fossilized. This mineral creates concretions which preserves ancient fossils. While the actual brain wasn’t present in the Euproops danae fossil, a clay mineral called kaolinite formed a cast of the brain so the experts have a perfect sample of it. Additionally, since kaolinite is white and siderite is dark grey, the brain cast really stood out. (Pictures can be seen here.)

While examining the brain, the researchers learned very surprising facts about the species’ evolution. Incredibly, they discovered that the 310-million-year-old brain is very similar to that of today’s horseshoe crabs, meaning that there had been very little evolution of its brain in hundreds of millions of years. “Despite 300 million years of evolution, the fossil horseshoe crab brain is pretty much the same as modern forms,” Bicknell noted. 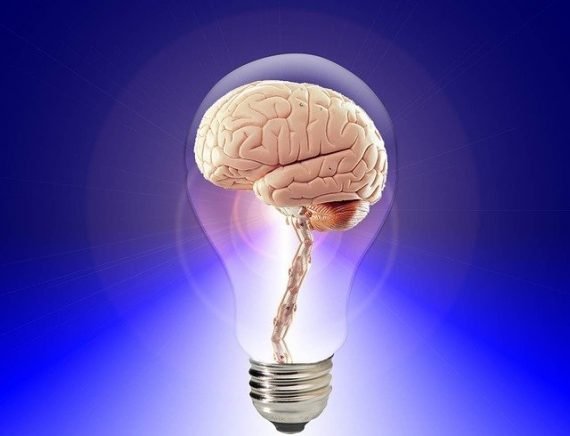 The study was published in the journal Geology where it can be read in full.

As for what comes next, the researchers are hopeful that more fossilized brains will be found at Mazon Creek where the “deposit is exceptional” as described by Bicknell. In fact, a tiny reptile dating back 310 million years was recently found at Mazon Creek as well. The Joermungandr bolti was a type of microsaur that measured just 1.9 inches long; had a long, slender, cylindrical, smooth body; short, stubby limbs; tapered tailbone; and a blunt skull. This fossil was also exceptionally well preserved as impressions of oval ridged scales were still present on its body.

I look forward to seeing what more preserved remains will be found at Mazon Creek and if any of them will include fossilized brains.