According to a psychic who works at the former Chester County Jail in South Carolina, a ghost allegedly saved her life and she is now protective of all the entities that are there. Chester County Jail was constructed in 1914 and was turned into a museum in 1981.

The psychic, whose name is Liz Smith-Anderson, claimed that she has witnessed “two and felt another four or five” spirits while working at the now-museum (she runs the Chester County historical society). She even went so far as to say that one of them saved her life.

During an episode of the Unsolved Mysteries podcast, she explained how she fell off a footstool while holding a big box and that’s when the ghost saved her. “As I was coming down, I distinctly felt two hands push my head forward, and when I landed on my side, my head was next to the right leg of the table.” “Had I hit my head, I probably would have died down there.” “I broke my kneecap from my tibia to my ankle and back up in a 'V'.”

But that’s not the end of the story as Liz said the ghost helped her once more when she was climbing out of the basement. “I dragged myself to the door and off in the corner was a stack of office chairs.” “I was in so much pain, I was crying, and I finally yelled out, ‘please somebody help me!’” “And then a chair fell over and slid towards me.” At that point, she used the chair in order to get back up to the main floor and even heard someone telling her “...it’s okay, you’re going to make it.”

She is very thankful to the spirits of the building for helping her and admitted that she is very protective of them. She is also a believer in the paranormal, especially after her encounter, “My time at the 1914 jail has only been confirmation for what I already knew,” adding, “Ghosts are real. They do exist. Maybe not real on a third dimensional level, but certainly elsewhere.” 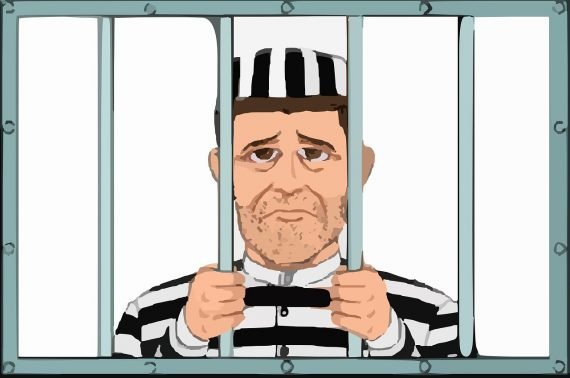 The building is rumored to be so paranormally active that it’s considered one of the most haunted locations in all of South Carolina. One of the most well know ghosts is called The Trustee who was believed to have been a jail guard and who has been seen walking past the upper windows of the building. He has been described as being tall, burly, wide-shouldered, and old. There are two other spirits named Billy and Doc (he may have been the one who saved Liz).