Jonathan Swift made seeing little people sound like fun when Lemuel Gulliver encountered them in his 1726 satirical novel Gulliver’s Travels, but it turns out encounters with tiny, 6-inch-tall people are not limited to fiction. A new study looks at the people who see tiny people, dwarfs, leprechauns, sprites, fairies, goblins, gnomes, imps and other small humanoids and attempts to explain why.

“I attempted to rise, but was not able to stir: for as I happened to lie on my back, I found my arms and legs were strongly fastened on each side to the ground; and my hair, which was long and thick, tied down I the same manner. I likewise felt several slender ligatures across my body, from my armpits to my thighs. I could only look upwards, the sun began to grow hot, and the light offended mine eyes. I heard a confused noise about me, but in the posture I lay, could see nothing except the sky." 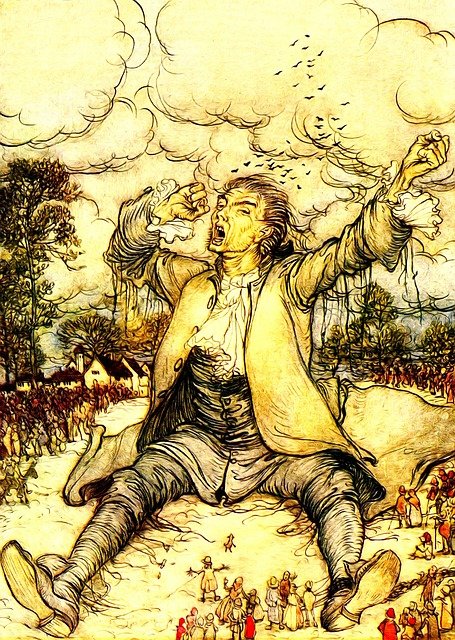 Everyone remembers Gulliver’s first encounter with the Lilliputians, the 6-inch-tall (to him) residents of Lilliput. The book tale inspired the word “lilliputian” to describe tiny things and tiny humanoids. Many people around the world claim to have seen tiny men, women, children, gnomes, imps, dwarfs and others, often dressed in costume-like outfits rather than normal clothing. In his new study published in the journal Neuroscience and Biobehavioral Reviews, Dr. Jan Dirk, professor of neurology at the University of Leiden in the Netherlands, examined 145 case reports involving 226 case descriptions by such witnesses. As you might have guessed, these people were being treated for a potential mental illness, which in 1909 was called “lilliputian hallucinations” by French psychiatrist Raoul Leroy.

“According to Leroy (1909), the beings perceived in this context are characterized by their minute size, colorfulness, mobility, and affability. They are often reported as operating in great numbers, apparently inhabiting the patient’s external world, marching under real doors, and climbing on real chairs and tables, while generally respecting the laws of gravity and three-dimensional space.”

Leroy noticed that, despite their large numbers – sometimes in the millions -- the little beings rarely interacted with the witness. The cause of lilliputian hallucinations eluded Leroy and others, so Blom took up the task. As noted, he was studying cases, not interviewing patients. However, based on his findings, they may have been difficult to find. Blom estimated that only 30-80 clinical psychiatric patients per 10,000 will experience lilliputian hallucinations. The common theme, as Leroy found before him, was their elaborate outfits. The appearance of the tiny beings ranged from brief to long periods. One thing Blom discovered that Leroy didn’t led him to conclude that these tiny people were not as harmless as Gulliver’s Lilliputians.

“In 74% of the cases the outcome was detailed, with full recovery (defined as complete remission of the lilliputian hallucinations, not necessarily of the underlying condition) being achieved in 62% of these cases, partial recovery in 12%, and no recovery in 18%, with death occurring in 8%.”

The lilliputian hallucinations caused deaths in 8% of the patients who saw them. Blom found that 50 percent of patients reporting tiny people had schizophrenia spectrum disorder, alcohol use disorder, or loss of vision, while the other 50 percent had a large array of other potential causes. , leading Blom to recommend that future treatments focus on finding the It is likely they are directly caused by other neurological conditions, and Blom suggests treatment should be focused on finding the physical causes of the hallucinations – which can be epilepsy, Parkinson’s disease and parkinsonism, brain infarction, neurosyphilis and brain tumors, with alcohol abuse being the other leading cause. 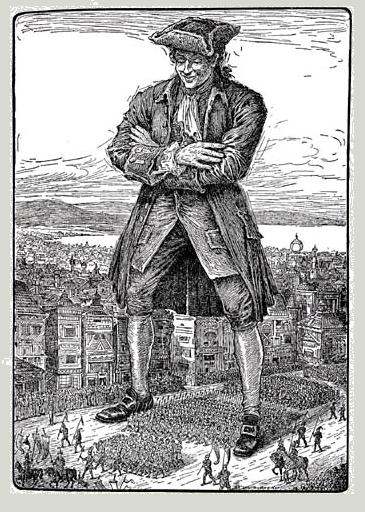 Does this mean all people who see dwarfs, leprechauns, fairies, gnomes and the like are mentally ill or drunk? No … but a tumor or a disease or alcoholism are better evidence than just a story.

Strange and Harrowing Pilot UFO Encounters from the 1940s