There are bad reasons for visiting certain countries at certain times of the year, but fear of ghosts isn’t generally one of them – unless it’s August and you’re planning a trip to Taiwan … especially a business trip. That’s the time of the Ghost Festival, an annual event in the seventh month of the Chinese lunisolar calendar when ghosts and spirits come forth from the gates of hell and spend a month in search of food, money, entertainment and souls. Don’t believe it? Taiwanese workers do – a recent survey found that many of them had strange encounters while working overtime alone in the office during Ghost Month. How strange?

Taiwan News gives the results of the survey by yes123 and reports 31% of office workers refuse to work overtime alone during Ghost Month, which begins on the fifteenth day of the seventh month – August 22nd in 2021. The Buddhist tradition comes from the Yulanpen Sutra, which tells the story of Maudgalyayana, disciple of Shakyamuni Buddha, who achieves Abhijñā (higher knowledge) and uses powers to search for his deceased parents and helps his mother, who had become a hungry ghost, by giving her food during the Pravarana, which begins on the 15th day of the seventh month when monsoon season ends. That explains why most Taiwanese offices (85.8%) hold a traditional “Pudu” ceremony to make food offerings (rice wine, fruit, chicken, pork, fish, snacks) to the spirits.

Many Taiwanese workers don’t think the Pudu ceremony is enough, so they refer to ghosts as Good Brothers and Good Sisters to avoid offending them. They also try not to break any of the nine taboos:

It seems like it would be better just to shut down the office for the month and let people work from home, doesn’t it? It’s not like they haven’t been doing it during the pandemic anyway. Ghosts are said to be released from hell at sunset, so that explains the aversion to overtime. Maybe leaving the lunchroom fridge open to let the ghosts feed themselves would help. Taiwan News does point out one benefit to the spirits attacking swimmers – the beaches are usually empty during Ghost Month. 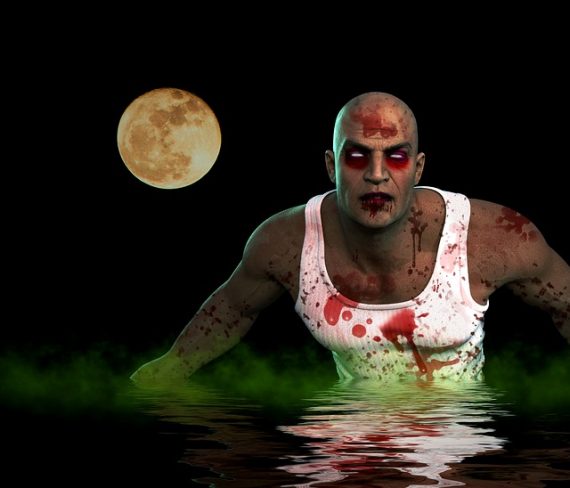 Traditions and beliefs are powerful, no matter where one lives. However, the fact that businesses are willing to spend money on Pudu ceremonies (they average around $160) shows just how seriously they take Ghost Month.

Your job may be hell, but exposing it to spirits from hell can only make things worse.

The M.I.B.: How Can There be Two Types? Secret Agents and Supernatural