Surfing The Vault for UFOs: The FBI’s Flying Saucer Documents are Growing

Whether you're interested in UFOs or not, the fact is that you can't fail to realize that the subject has been all over the place in the past few years. And particularly so in relation to government links to the UFO subject. For example, there was the revealing of the Advanced Aerospace Threat Identification Program (AATIP). Then, we heard names like Luis Elizondo and Senator Harry Reid surface. Very recently, we saw a great deal of coverage - in the form of a certain document - about what the U.S. government knows about UFOs. Or, what it doesn't know. And, throughout all of this, my favorite news channel, CNN (in fact, the only news I ever watch), gave us good, solid coverage of the UFO subject. There's something else, too; something you may not be aware of. Namely, that all of this UFO-talk over the last couple of years has, I think, had an impact on the FBI. But, in a very positive way. Here's why: maybe, like me, you regularly take a look at the FBI's official website, The Vault. In fact, I check it every day. If you aren't aware of The Vault, you should most definitely take a good look at it. It's an excellent source for declassified FBI documents on all sorts of subjects: Hollywood actors, rock-stars, gangsters, civil rights issues, anti-war organizations, and much more. And there's a small section titled "Unexplained Phenomenon." It contains now-declassified files on cattle mutilations, extra-sensory perception (ESP), the notorious Majestic 12 documents, and more. Those documents have been swirling around for a long time. Years, in fact. But, just recently, we've seen a growth in the number of UFO-related documents that are being placed into The Vault. And that's a very good thing.

For example, only just a few days ago, the FBI uploaded to The Vault a 51-page-long-file on United Nuclear Scientific Supplies LLC. You don't know of it? Well, I'll put it like this: UNSS LLC and Bob Lazar go together, hand-in glove, no less. Yes, that Bob Lazar; the one who claimed that, in the late 1980s, and for a short while, he secretly worked deep in the Nevada desert (an off-shoot of Area 51 said to have been called S-4) on nothing less than a number of retrieved alien spacecraft. Or, that it was all some kind of complictaed mind-fuck/psychological warfare operation designed to freak out the Russians into believing we have alien technology in our hands. More than thirty years after Lazar's story surfaced, it's still being debated. And, now, we're getting to see some more about the Lazar story. If you're intrigued about the controversy, you should take a look at the UNSS file of the FBI. Now, onto another recent UFO-driven story from The Vault.

Not long ago, the FBI released a huge file on none other than one of the craziest racists out there; a man who was also heavily into the occult and the paranormal. His name was William Dudley Pelley. As the North Carolina History Project puts it: "William Dudley Pelley (1885-1965) was a notorious American fascist who lived for a decade in Asheville, North Carolina. As leader of the Silver Shirts, Pelley preached a toxic brew of anti-Semitism, nationalism, and mysticism." In other words, most definitely a piece of crap to avoid. But, there's more: no less than George Hunt Williamson - one of the very early "UFO Contactees" of the 1950s - got chummy with Pelley. As the Southern Poverty Law Center concisely, and perfectly, put it: "...William Dudley Pelley, was an American occultist and fascist; his most important disciple, George Hunt Williamson, produced Byzantine UFO theories that incorporated anti-Semitic themes. Williamson’s 1958 book, UFOs Confidential, claimed every government on earth was under the control of a handful of (mostly Jewish) 'international bankers,' which for some reason the author believed included U.S. Supreme Court Justice Felix Frankfurter." The FBI has opened its  file on Williamson, too. As for the FBI's recently uploaded file on Pelley, it's in two parts. Combined, it amounts to a lengthy 717 pages.

Now, let's move onto the also-recently-declassified FBI file on Marjorie Cameron. Or, rather: Marjorie Cameron Parsons Kimmel. And who happened to have been married to the legendary rocket-pioneer and devotee of all-thing of an occult nature, Jack Parsons. Cameron's file - that contains a lot of intriguing and entertaining material - runs to 154 pages. The Observer says of Cameron: "Her friends traced the influences of Cameron’s art and lifestyle to her marriage to Jack Parsons, one of the founding scientists of the Jet Propulsion Laboratory who was responsible for inventing the technologies used in modern rocket propulsion. After a fabled magical conjuring with his friend, Scientology founder L. Ron Hubbard, known as the Babylon Working, he crossed paths with Cameron in 1946 and the two were married shortly thereafter. Parsons died six years later in a lab explosion at his home in 1952." Of course, Hubbard was heavily into matters relative to extraterrestrials - to say the very least. But, that's a story for another day.

The Brotherhood of Eternal Love were also the subject of an investigation by the FBI. And the FBI file on the group hit the Net just a couple of months ago at The Vault. UFOs were involved, of course: "There's no soft-pedaling it - the Brothers were drug distributors and smugglers who seized the magic moment of great instability and decay and provided a dynamic and very personal rebirth experience. In an era that deeply questioned the nature of reality, their history reads like a movie treatment, complete with hair-raising scenes of international smuggling in Afghanistan, near-arrests and miraculous escapes, surfing on acid, psychic visions, UFOs, agonies, ecstasies, and, of course, Leary with his bizarre escapades." The FBI's file on all of that is no less than 803-pages in length.

Let's now turn our attention to one Otis T. Carr. He  was someone who was deep into Flying Saucers in the 1950s.. Unfortunately for the many people he trusted, Carr was also deep into fleecing people out of their money. As much as he could get. The FBI kept a close watch on the man.  howstuffworks say: "In the mid-1950s, with Tesla long gone, Carr was ready to tell the world and collect the rewards. He founded OTC Enterprises, hired a fast-talking business manager named Norman Colton, and set out to secure funding for a 'fourth dimensional space vehicle' powered by a 'revolutionary Utron Electric Accumulator.' The saucer-shaped OTC-X1 would undergo its first flight in April 1959 and the following December go on all the way to the moon." Of course, it didn't work. Carr soon spent time in the slammer and died in poverty. You can read the outrageous  and nutty story of Carr at this FBI link. It's a new online file, too. 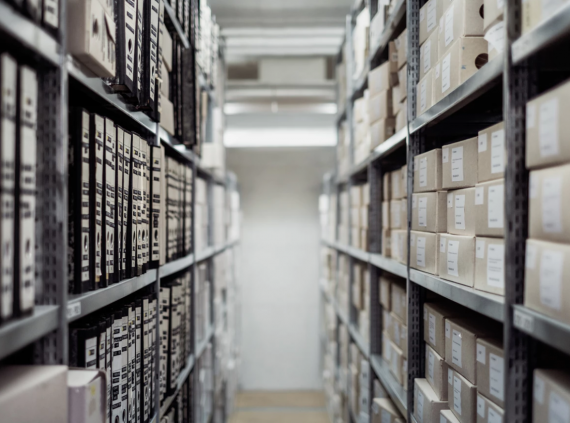 I'll end this article with the controversy surrounding a certain American Airlines Flight 2292 UFO incident in February of this year. On February 25, 2021, Forbes said: "A radio transmission from an American Airlines from Cincinnati to Phoenix last weekend might have been ripped straight from the X-Files. 'Do you have any targets up here? We just had something go right over the top of us,' said the pilot at 1:19 p.m. CST on Sunday. 'I hate to say this but it looked like a long cylindrical object that almost looked like a cruise missile type of thing moving really fast right over the top of us,' according to audio published on aviation blog Deep Black Horizon." You know what's coming now, right? Yep: the FBI's file on this particularly intriguing story.

All of the above demonstrates that the FBI has spent a lot of time this year posting UFO-themed/UFO-related documents to The Vault. I hope they continue to do so. It's an excellent resource for learning more about the crossovers between UFOs and the U.S. government - both recently and in the past.

Of Devils and DMT: Strange Studies That Explored Links Between Psychedelics and Schizophrenia