The Alien Slayer of the Mysterious Stardust Ranch

There have always been those certain places that seem to draw about them strange phenomena for whatever reasons. In 2009, John Edmonds and his wife moved into a spacious, 3,436-square-foot ranch-style house on a 10-acre property called the Stardust Ranch, in Rainbow Valley, Arizona, located on the extreme west edge of metropolitan Phoenix. It was a dream home, with five bedrooms, four bathrooms, a swimming pool, a gated entry, and plenty of space for their horse rescue operation, but things were about to turn into a nightmare for the couple, as their dream home turned into a sinister place of strange phenomena, alien intrusions, and straight up hand to hand combat with otherworldly entities.

According to Edmonds, almost immediately upon moving in they began experiencing a plethora of strange phenomena and high strangeness. It began with strange lights in the sky, unidentifiable noises out in the desert night, and some unseen trespassers sneaking around on the property, and rather strangely the furniture from the previous owner one day being found bobbing about in the swimming pool for no known reason. They then began catching fleeting glimpses of small, large headed entities with oversized black eyes lurking about in the shadows of the property, and after this the mutilations would begin. Edmonds claims that he found several horses from their rescue operation dead and with organs missing, in a fashion typical of UFO cattle mutilations. He also says that some of his dogs were ruthlessly slain in the same way. It would only graduate into increasing intensity from there.

Before long he claims that that they were under siege by mysterious alien entities that would prowl about his property at night to peek into windows and actually come to him and his wife in the night to assault and perform medical experiments on them, leaving behind needle like holes in their skin, bruises, and causing them to come down with mysterious illnesses. These creatures were described as being basically “Grey Aliens,” the classic description of large bald heads holding those almond shaped eyes and with skinny frames, and he says they relentlessly prowled about his remote property. Edmonds believes they are inter-dimensional in nature, and would say of these strange entities in an interview with Coast to Coast AM:

I have heard and seen critters moving around on our enclosed sun room. The west wall contains four large windows. The speed generated by their movement (3 critters) at once made the glass in the double pane windows actually buzz and misalign in the frames to the point the windows are now very difficult to close and lock properly without using a screw driver to realign them in the frame first. I believe the high frequency buzz is a side effect of their partial in phase or out of phase inter-dimensional travel. In a safe situation critters transcend cleanly from one dimension to another. In what they perceive as risky circumstances, they only physically materialize to a point of just crossing the dimensional physical threshold. The buzzing occurs at a quantum level as they are partially in both dimensions at the same time. If they are suddenly startled, they pull back out of phase into their regular dimension. If they feel safe, then they come completely into this dimension and the buzzing stops. This is the perfect opportunity to physically grab one and then hold on as hard as possible because they will try to “bug out” again immediately.

Edmonds says it got even scarier when these purported aliens being began assaulting and trying to abduct his wife, saying, “They actually levitated my wife out of the bed in the master chamber and carried her into the parking lot and tried to draw her up into the craft.” She would often show bruises and scratches from these encounters. This was apparently the last straw for Edmonds, and he began fighting back against these otherworldly intruders, with a samurai sword he kept hanging above the fireplace. Yes, you read that right, he fought them with a katana. He would say of his first battle with one of these creatures:

I killed in self-defense after repeated home invasions by similar creatures over a period of many years. The assaults by these creatures were responded to in the most violent behavior I could respond with because of weekly and some times daily confrontations during which our home, ranch, horses and dogs were killed. Pierced by the sword with six inches of cold steel perforating the body cavity and seemingly lifeless, the Gray alien still managed to disappear before I could withdraw the weapon and chop off the head. My intention in removing the head was to see if this would prevent it from disappearing. It is my hypothesis the head controls the ability to control the dimensional transference between one place and another. I had hoped to interrupt the process by diminishing the body integrity. I wiped up the blood/Fluid and tissue of the Gray I nearly split in two parts with an exceptionally well sharpened Samurai sword. 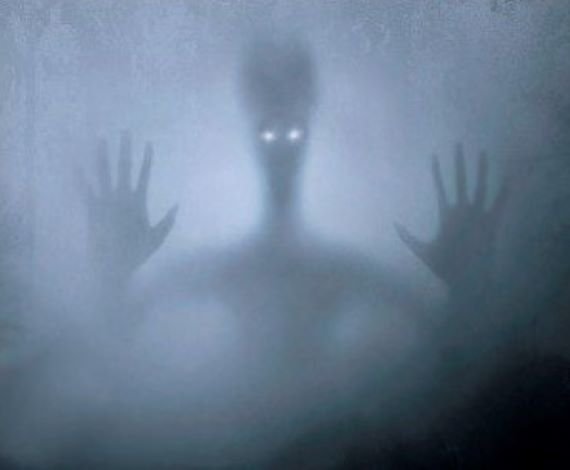 He would then collect tissue and blood samples and purportedly send them to a researcher called “W.C. Levengood” for analysis, who would allegedly inform him that they were most certainly not only not human, but unlike anything seen before, even going as far as to say they were the smoking gun for the existence of aliens. Unfortunately for any of us waiting for concrete answers, this Lenengood apparently then just sort of disappeared and took the samples with him. Convenient. That, plus the fact that the alien managed to vanish after being damn near cut in half by a sword, leaves us with no physical evidence outside of photographs and the samples that Edmonds insists totally, for real exist, and this ends up just another wild report with no corroboration. Indeed, he claims that they would always evaporate after death. Unsurprisingly, his tales remain unproven, and we are left to wonder just how much of this completely absurd report is true. It is certainly novel, though, attacking an alien entity with a samurai sword, and whether his insane story is true or not, he deserves points for creativity at the very least.

Nevertheless, Edmonds would later claim on a 2016 episode of the hit TV show Ghost Adventures that he had eventually slain over a dozen of the malicious entities during his time at the ranch in a similar fashion, always with the sword despite his arsenal of handguns, shotguns and even an AK-47 assault rifle at his disposal, and to the point that he had gotten quite good at it. On occasion, he says he also incurred wounds from these fights, which he would post pics of to social media, and he also was allegedly frequently visited by the mysterious Men in Black. By now the story was picking up widespread media attention, but considering how remote the property is and the fact that there was never any photographic or physical evidence offered up, people began having their doubts as to the mental stability of Edmonds. Podcasters Brian Frange and Phoebe Tyers would bring up on their show Unbelievable Podcast that it was possible that, considering Joyce Edmonds’ claims of alien sexual assault and physical injuries incurred by them, that perhaps her husband was to blame and was making up or hallucinating this alien stuff as a cover. Frange would say;

Is John Edmonds abusing his wife in her sleep and then blaming it on the aliens? I’m not saying he’s a sociopath, but he does display traits that could be classified as sociopathic. It might not even be that he just cooked up a story about aliens in order to cover up the fact that he’s beating his wife. There’s a distinct possibility that he honestly believes aliens are abducting his wife and causing the bruises because subconsciously he needs to create a defense mechanism to allow him to view himself as a good person. I don’t necessarily think John Edmonds is lying. I think he’s telling the truth as he thinks it is. But the real truth might be something else.

Edmonds has completely denied these claims and stuck by his story, and in the meantime, he says that he had had enough of the ranch and its strangeness, putting it up for sale for an initial $1.7 million. However, considering the attention drawn to the ranch by the media and the appearance on Ghost Adventures the price quickly skyrocketed to an eye-watering $5 million based on its bonkers otherworldly reputation alone. The listing agent, Kimberly Gero with West USA Realty, has said of interest in the place:

There are thousands of people, both nationally and internationally, who follow the owner online and have strong beliefs about aliens and the paranormal. Reaching these people online to generate a buzz about the property has been my number one marketing strategy. This isn’t the type of property that you can just place in the MLS and wait for a buyer to come along. Some are very intrigued and have no issues with the history of the property, while others are absolutely scared to death about what may or may not happen to them if they should buy it. We’ve already got three interested parties, and the thing at least two out of the three of them have in common is they’re all true believers in UFOs and aliens. One potential buyer up in Iowa even told me she also had a personal experience with aliens and knows this kind of thing to be true. So those seem to be the type of people that are drawn to the property. Obviously, it is going to take a unique person who has a true curiosity and interest in the property’s history. I have no doubt that there is a buyer out there for this special place.

Edmonds himself would maintain his story, insisting it is true, and it has all raised quite a lot of eyebrows. As to the sale of the ranch, he would say of trying to sell the property,

It’s not something for a traditional family, but it holds a lot of secrets and what I believe are future opportunities to understand forces that are in the universe. Please be very well-grounded because the energy here has the tendency to manifest with whatever is going on with you.

Just what is going on here? What are we to make of such off-the-wall claims? It certainly seems to be all the ravings of a delusional mind but there have been other places that have been claimed to have such weirdness orbiting them as well, such as the infamous Skinwalker ranch. It is hard to know what to make of such bizarre claims, and we are left to just sort of file them away into the unknown, forced to merely speculate. Was this the result of psychoses, hallucinations, unexplained phenomena. or all of the above? Whatever one may think, killing aliens with a katana is still pretty rad, real or not.

Why Crop Circles Aren’t Hoaxes, But Why It’s Not Aliens, Either