The Ayahuasca Journey: In Search of the Sacred Visionary Experience

For decades now, stories have appeared in various books and other media recounting the powerful visionary experiences of those who have taken ayahuasca, the potent ceremonial brew used in Amazonian shamanic ceremonies in South America.

According to authors like Daniel Pinchbeck, renewed interest in drug-induced visionary experiences, and ayahuasca in particular, have led to a sort of psychedelic “renaissance” in recent years. Recognized for more than just their mind-expanding potential, some studies have also shown that such powerful entheogens (meaning “god releasing”) appear to have the ability to help improve those who suffer from things like depression, addiction, and a range of other problems.

Several years ago, I had the pleasure of dining with a delightful young couple named Neil and Jaime, who decided to take the ayahuasca journey together. Since that time, they have remained dear friends of mine, and Neil’s story of what he experienced while under the influence of the potent yage during a trip to Peru remains one of the most striking experiences ever shared with me by an ayahuasca experiencer.

Prior to their journey, Neil and his girlfriend had not been users of psychedelics or any other kinds of drugs for recreational use. What prompted their decision to travel to Peru and have the ayahuasca experience had been the fact that Neil, whose father passed away at an early age, had long battled with the pain of losing his parent. This had caused a considerable amount of hardship for Neil, who often experienced feelings of conflict and resentment about the loss.

It had been learning about the healing effects described by many users of ayahuasca that prompted Neil and Jamie to make the journey to Peru, where they would visit an ayahuasca retreat center and participate in a supervised ceremony with the psychoactive tea.

Most who are familiar with the physical effects of the ayahuasca experience will know that it is not always a pleasant one. In fact, most who drink the tea are stricken with nausea and sickness for the duration of the time the ingredients are active in their bodies. Neil and Jamie had been no exception, and the couple both experienced varying degrees of sickness while undergoing the ayahuasca “cleansing.” 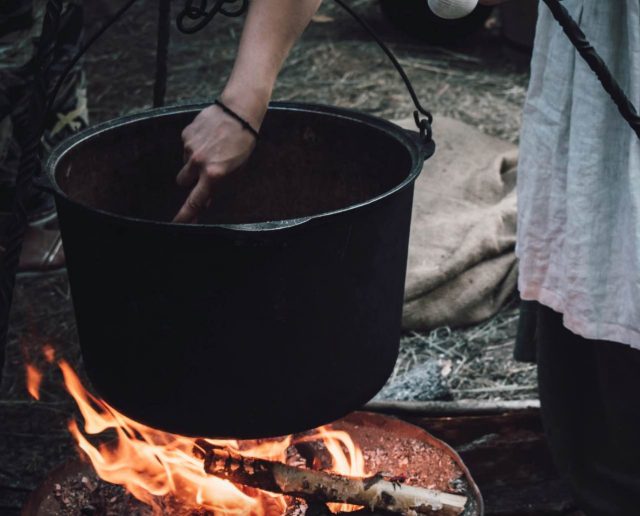 The purge that Neil experienced was particularly difficult. “I was having a very hard time,” Neil later told me. “I was very sick, and at one point I was so exhausted that I could barely move any longer.”

While Neil attempted to relax and maintain his focus, around this time Neil became aware of three soft, glowing lights which had the appearance of being somewhere in the distance ahead of him. Within a few moments, Neil began to see three forms emerging, each having the appearance of being a golden light possessing a vaguely human shape. These lights were moving toward him slowly, and once they finally reached him, Neil watched as what he likened to being a column of light descended from above, encasing him and the three luminous forms that now accompanied him.

“I was so amazed and excited that these beings were with me that, at first, I didn’t even notice that a fourth source of light had appeared in the same direction they came from,” Neil remembered.

As he became aware of this additional source of light which, unlike the three before him, possessed a soft bluish color, Neil initially felt distracted, as though the approaching glow were preventing him from being able to focus on the lights that now accompanied him.

“The blue glow kept moving toward me for a long time,” Neil said. “Finally, it was just outside the circle of light, and then it entered the circle with the golden beings and me.”

As the blue light now joined the other golden glows within the circle of light, it made its way toward Neil and eventually entered him, at which time Neil was overtaken with the sense that it represented the spirit of his late father.

As Neil became one with the blue light, he recalled feeling an incredible sense of love, comfort, and reconciliation with his lost loved one. 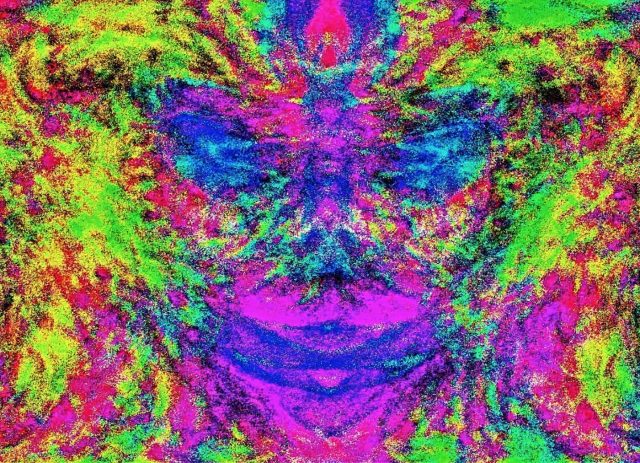 “After some time, I finally felt that I had been able to reconcile with my father,” Neil recalled. “I felt at this point that I had to get outside.” Neil asked one of the chaperones at the retreat center to help him make his way outside and Neil, still weak and having to crawl, made his way outside into the cool night air.

As he sat outside beneath the starlight, still feeling his father’s presence with him as he breathed the cool air, Neil looked upward and lifted his hand toward the sky. Suddenly, the bluish light appeared again, this time emerging from Neil’s outstretched hand and zipping off toward the heavens.

“The experience absolutely changed me,” Neil said. “I didn’t feel the anxiety, or the confusion about my father’s passing any longer after that, and I truly believe that what I experienced was, in some way, a reunion where my dad was able to come back, make peace with me, and tell me that he loved me.”

Many who have had undergone the ayahuasca experience recount such incredible events, which for many provide an opportunity for self-realization and healing. Some might argue that such seemingly otherworldly or “paranormal” experiences are merely the workings of the mind while under the influence of powerful psychoactive substances.

However, if this were indeed all there is to the ayahuasca experience, the fact seems to remain that many come away having had powerful healing or transformative experiences; even if the effects of such circumstances are self-produced, they appear to be no less meaningful.

There is, however, another possibility: that ayahuasca provides what may be one among a variety of different visionary experiences that allow humans to perceive the otherwise imperceptible which, in some instances, also may bring changes to their lives for the better. Whatever the source of these powerful visionary experiences may truly be, it remains one of the greatest modern mysteries of consciousness and the mind.