The mystery surrounding the ghostly “St. Joseph’s Eyes” (also known as “cat’s eyes”) at St. Joseph’s Church on Pavonia Avenue in Jersey City, New Jersey, remains unsolved a century later. The mysterious lights have been seen from the church’s belfry over the last hundred years and nobody can come up with a definitive explanation as to what’s causing them.

First witnessed in July of 1921, the lights were in the shape of half moons and were described as glowing pale in color and occasionally they had a bloody red streak across them. The first sighting attracted a large crowd of about 5,000 who showed up to catch a glimpse of “St. Joseph’s Eyes”. 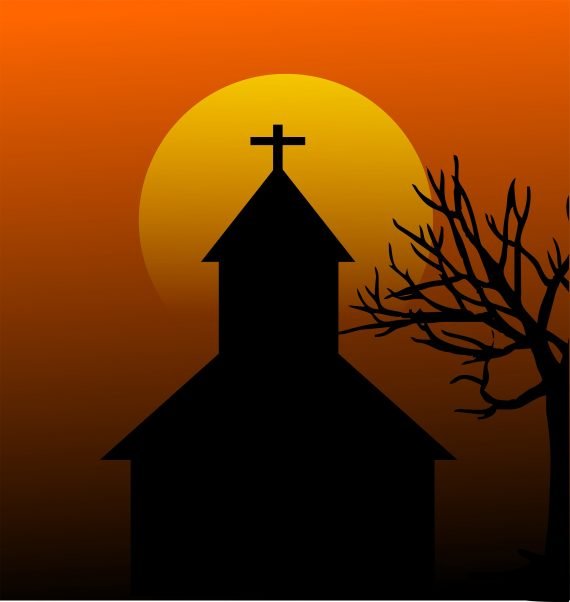 The lights seemed to have stopped for a while until they mysteriously reappeared on Good Friday in 1954. They were witnessed by children who were playing nearby and once word spread of the sighting, locals claimed that it was a “miracle” although the church’s pastor wasn’t convinced. Tragedy struck when a church sexton named Matthew Guarino went to investigate the mysterious lights and was found dead the following day in a seat in the choir loft. According to witnesses, his last words were “I’m going into the belfry.”

Priests have attempted everything they could to try and explain the lights, such as putting flour on the floor to capture someone’s footprints, but nothing showed up and the lights continued. It wasn’t believed that the lights were coming from inside of the church so they theorized that it could be a reflection from something outside; however, they again couldn’t find a concrete explanation. While some locals thought that the “eyes” were caused by phosphorous gases or even traffic lights, others were convinced that they were supernatural.

While these unexplained “eyes” have been sporadically appearing for a century, locals today are still convinced that something mysterious is going on at the church. In an archived report from the Hudson Reporter, a young man (who wished to remain anonymous) was skeptical until he had his own experience one night as he explained, “I was walking down Baldwin Avenue coming from the Heights. I was standing near McDonald’s on Newark Avenue when I looked up and the lights were there,” adding, “Wow. Now I know what they were talking about all these years.”

It is impossible to know when the lights will show up as they can appear at any time. Those who walk by St. Joseph’s Church still look up, wondering if they will catch a glimpse of the mysterious “eyes” that have baffled locals for the last century.