The Harrowing Haunting at Hellfire Farm

In 1989, Bill and Liz Rich moved to a quaint, remote farmhouse in the foothills of the Brecon Beacons of Wales, along with Bill’s teenaged son from a former marriage, Laurence. Called Heol Fanog farm, later to be known as Hellfire Farm, it was a place of serene scenery, rolling green hills, and open spaces, an idyllic location to start a new life and raise a family, with them eventually having two children together there, Rebecca and Ben. Bill, an artist, was very successful at the time, so when they moved in they had high hopes for the future and things were looking good, but things would soon devolve into a storm of strange paranormal happenings that would put them under siege by nefarious supernatural forces, shake them to the core, and change their lives forever.

It all began innocuously enough. One day they received an electric bill that caused quite a shock when the envelope was opened. The bill was for £750 over a three-month period, something they could not account for. The family did not use so much electricity, their bills always being far lower than that, so they had no explanation for it. This did not impress the utilities company, so even as they tried to figure out why they had such a high bill, they were being threatened with having their power cut off. Bill did a full search of the house, checked power connections, and quizzed his son on his energy usage, but there was no accounting for why they had been using so much power. They concluded that it was being caused by some sort of power surges, but could not discern where they were coming from and their local provider could not locate the reason either. Unfortunately for them, this was only the beginning of their strange and frightening ordeal. 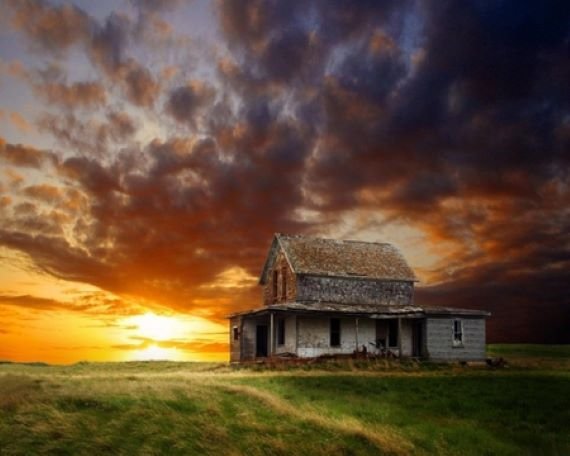 After this they began hearing strange anomalous noises throughout the house, such as footsteps upstairs when no one was up there, which sounded like the clacking footsteps of someone wearing “hobnailed boots,” as well as banging or thumping and “loud snoring.” On top of this were unusual smells coming from nowhere, including that of sulphur or incense, and there would be sudden temperature drops to leave rooms chilled as if refrigerated. They also began to have the profound sense of being watched, which they would describe as being very overwhelming, tinged with a sense of imminent dread they could not explain. This feeling of being watched seemed to be the most pronounced near the barn, and was completely unnerving every time it happened. Liz would say of it:

The barn would indeed become a sort of epicenter of weird phenomena. Liz would witness strange lights out in the barn, which she described as being like "laser beams," saying “When I went into the barn, I would see blue-white lasers. I was terrified. You know logically this cannot happen, but it has." There were also numerous instances of animals there dropping dead for no reason, or exhibiting strange behavior, becoming agitated, aggressive, or acting in very bizarre ways. After this, the weird phenomena would graduate to actual apparitions being seen in the dark corners of the farm. Among these was the freakish apparition of an old woman with a hooked nose who would be seen lurking about, which Liz would determine to look like a previous farm owner. Other phantoms were a hooded figure that would appear at the foot of their bed, another was a man with a head injury who “looked like he’d been in a car crash,” a “seven foot tall dressed all black and with the head of a bird,” and a beautiful woman who seemed to be drawn to Bill and was trying to seduce him. among others. The children were seeing these specters too, describing them the same way. 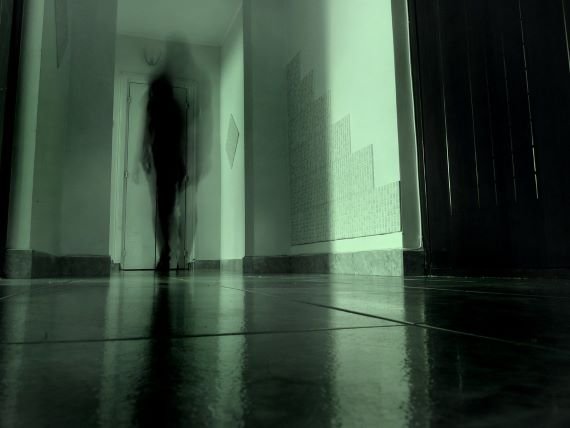 As all of this was going on, the exorbitant electrical bills would continue to come in, forcing them to conclude that the paranormal forces orbiting them were feeding of the electricity of the house. Adding to all of the strangeness was that Bill’s artwork started to change. He began to spend more and more time locked away in his studio feverishly painting, and his normally bright and hopeful paintings began to take on a dark and macabre edge, sinister and more twisted and disturbed. He would also later claim that he had been frequently overcome with “black thoughts” and suicidal ideation. There were also instances in which he would scribble arcane symbols on the walls or go into trances he could not remember. His personality also began to change, becoming more unhinged, irrational, and confrontational, and he became obsessed with the occult. In the meantime, their son Laurence began to display bizarre behavior as well, painting his room red, going into bouts of snarling and spitting and having eyes full of a “blazing fury.” Bill would say of these frightening episodes:

Between April and June 1990, Laurence was getting so bad, I mean, unmanageable. He was spitting at me, he was swearing at. It was not him. I can’t stress that enough. It wasn't Laurence, that someone else was behind his face, in his face, much older and incalculably evil. It was as if Satan was trying to get his own back on him. He was fighting for his soul.

It got so bad that they sent him away to live at a boarding school, after which the “possession” faded. Liz also would have bouts of what appeared to be possession, suddenly going into a trance and speaking with a voice that was “crackling and incredibly old, filled with equal measures of hatred and mockery.” All of this caused the terrified family to seek out spiritual help, contacting various priests, mediums and spiritualists. One Baptist minister named David Holmwood allegedly came to the residence to try and conduct an exorcism, and who would suggest burning the books and paintings of the house, during which time a flaming book apparently leapt from the fire to strike Holmwood right in the face, much to the horror of all present. Another exorcist named Eddie Burks came to the conclusion that the house was under the influence of a “pre-Christian presence.” He would perform an exorcism, during which the house “grew noticeably brighter," Burks was fondled by unseen hands and felt “tingle in his fingers, the tightness of his chest, the pressure at the base of his skull,” and the tape recorder exploded into noise “like a lightning bolt had surged into it.” Whatever Burks did seems to have worked in the end, because the hauntings stopped shortly after that. 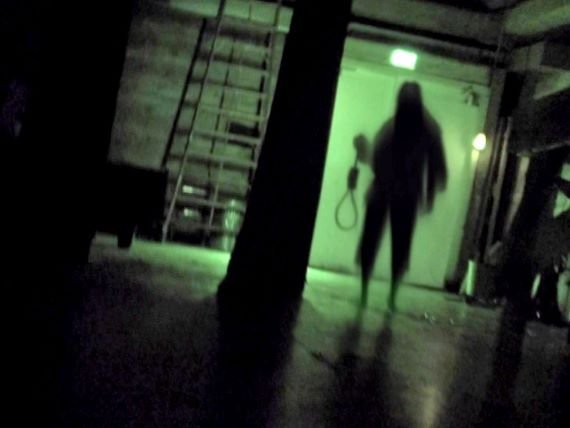 There have been many theories as to what was behind all of this strangeness at Hellfire Farm. One idea is that this was once the location of a witch’s coven that had performed rituals and Devil worship at the site. Others are that this was a case of demonic forces intruding upon this family’s life for whatever reasons, or that an ancient Celtic deity had once been summoned on the plot of land. Bill and Liz themselves would come to the conclusion that they had received a curse during a trip to Egypt not long before they had moved into the farm. There they said they had visited the Pyramid of Cheops and had somehow incurred the wrath of the Egyptian god Horus, a guardian of tombs, with Liz even claiming that one of the entities they had seen bore a striking resemblance to the image of Horus.

The case has gone on to feature in a docudrama series on Channel 4 called True Horror, and was written of extensively by journalist Mark Chadbourn in his book Testimony. In the end, Bill and Liz would ultimately get divorced and Bill would end up passing away in later years. They have all insisted that the story is true to this day, and it is hard to know what to think of it all. It is such an eclectic mix of spectacular paranormal phenomena that we are left to wonder just what was going on here. What dark forces were circling this otherwise unassuming family, where did they come from, and what did they want? Did any of this really even happen at all or is it just a tall tale? The answers are uncertain, and the Hellfire Farm haunting remains one of the more intense and frightening on record.

Nearby Planetary System May Have a Habitable Super-Earth