The Mysterious Black Mailbox of Area 51

Located out in the desolate wilds of the U.S. state of Nevada is a long slash of road called Nevada State Route 375, which meanders through a rugged and rough landscape of desert and scrub. This is a moonscape of open vistas of parched land, where one can drive for miles without seeing another human soul, and for long stretches for all appearances it might as well be the sun blasted surface of some alien world. It is a remote place that seems inhospitable to life, so as one drives through this barren wasteland, they might be surprised to come upon a lone mailbox sitting in what seems to be the middle of nowhere, but this is no ordinary mailbox, and what is known as “The Black Mailbox” has become an icon of UFO strangeness and almost legendary among alien hunters.

Nevada State Route 375 has earned a lot of notoriety for its proximity to the infamous Area 51, where the government allegedly keeps flying saucers and even alien bodies, and is in a region known as being a hotspot for UFO sightings in its own right, earning Route 375 the nickname “the Extraterrestrial Highway.” Driving through this forlorn sun-blasted wasteland one will occasionally see roadside attractions spring out of the wilds featuring an alien motif, but among all of these is the Black Mailbox, which has its beginnings back in the 1970s, when a cowboy named Steve Medlin and his wife Glenda moved into a sprawling ranch in the Tikaboo Valley. At the time there was nothing there, just parched earth and no one for miles and miles around, but through hard work they managed to build a rather large ranching operation. At the time, the couple had no knowledge of anything about the supposed top-secret site Area 51, lying just stone’s throw away over the mountain, and for years they would lead a peaceful life, setting up their black mailbox along the road around 6 miles from their property. In those days it was just a normal mailbox, Route 375 was just a normal stretch of highway, but their lives would take a turn for the weird.

In the mid-1980s, things got a little strange when the U.S. Air Force suddenly moved into Medlin's ranching area and seized 89,000 acres of public land that he had been using to graze his cattle. There was no explanation given, and he was at first told he would no longer be able to keep his cattle there. Medlin eventually managed to work out a deal in which his cattle were allowed into the area, but only on the strict condition that he keep the Air Force informed of his cattle’s movements through a special radio provided by them. This was already bizarre enough, but they went along with it without asking too many questions, still not really aware of any talk of an Area 51. Then, in 1989 the alleged former government employee Bob Lazar came out with his spectacular story of working on secret alien technology at a base in the area, and before long UFO hunters and alien enthusiasts were swarming into the valley hoping to get a glimpse of Area 51 and UFOs.

In addition to all of this unwanted attention, somehow people got it into their heads that the black mailbox that the Medlins had out on the highway was in fact the mailbox used by Area 51, even claiming that it had appeared in videos Bob Lazar had taken of UFOs in the area. The mailbox became a mecca for UFO hunters and curiosity seekers, who would open the box and either rifle through the mail or leave their own within it, either addressed to the government or even to aliens themselves. Many times, mail was found to have been stolen by conspiracy theorists who were convinced that there were coded messages with top-secret information contained within them. There were even rumors that the Medlins had a top-secret contract with the U.S. government to supply cows for cattle mutilations. On some occasions there were even bullet holes found in the mailbox, and it all got to the point that Medlin had to put a heavy padlock on it to prevent theft, and upgrade to a faded white welded box made of quarter-inch-thick bulletproof metal. The exasperated Medlin would even install another smaller mailbox marked “Aliens” after getting tired of people leaving him mail addressed to extraterrestrials. 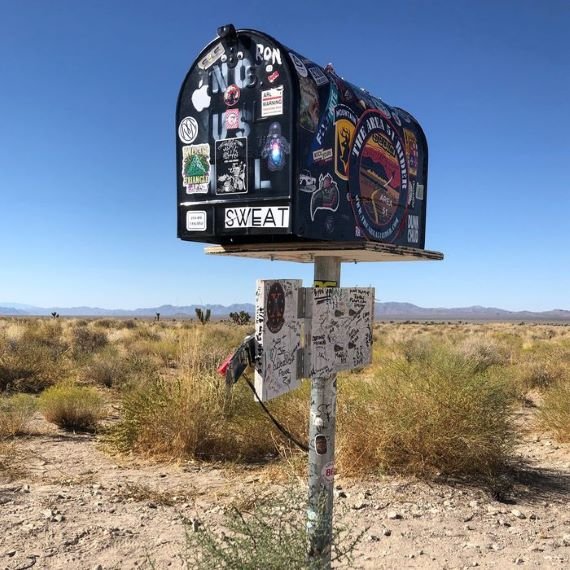 On top of the rampant rumors that this was Area 51’s mailbox, the vicinity around it quickly accrued a reputation as being a hotspot for UFO sightings, bringing in droves of people who would camp out in the area hoping to see something otherworldly. The mailbox gained a sort of cult-like status among UFO hunters, becoming a mecca for those wishing to see aliens. Some visitors trained cameras at the ridge over which Area 51 was located, in the hopes of seeing alien craft that had been supposedly reverse engineered by the government. Others hoped to see UFOs piloted by the aliens themselves, and still others were hoping that the aliens would whisk them away. Although it was not technically their property, the Medlins viewed all of this with disdain. They did not believe in UFOs or secret alien projects at the base, they just wanted peace and quiet and to be left alone. Glanda Medlin would say of it all:

For some reason, Tuesday nights was when they thought the aliens came out. Then it was Wednesdays. They were waiting for the aliens to abduct them, and they were anxious to meet them. . . . We’d just shake our heads. It was so asinine. 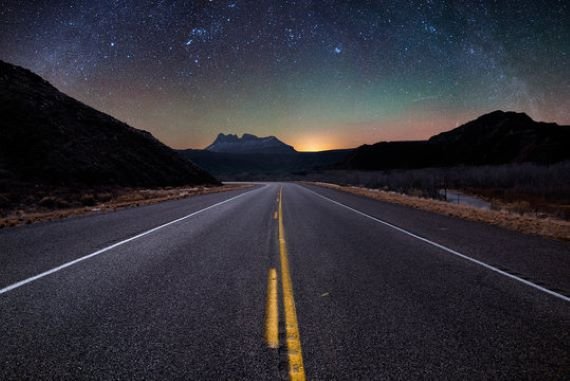 Over the years the mailbox has been stolen several times and has changed appearances, sometimes black, sometimes white, at one point blue, in 2019 black once again, in every iteration covered in graffiti and stickers left by visitors, the area surrounded by trash left by tourists, and it has also changed locations from time to time but people always find it. To this day it is a popular tourist attraction, with people making the hours-long drive all the way out into the middle of nowhere into this realm of dust and tumbleweeds just to take their photograph with this lonely mailbox. Joerg Arnu, of the website Dreamlandresort, has said of the Black Mailbox:

At one point, when I visited the mailbox, I saw that Mulder from The X-Files had signed it. So you know, it became part of Area 51 folklore, and people would still gather there. It was almost like a shrine, it was almost like you had to visit the black mailbox, or your mission is not complete.

The Medlins eventually got tired of all of this, and in late 2020 put their ranch on the market for an asking price of $4.5 million, which includes two homes, 70 irrigation spots for cattle, a government weather station, 750 head of cattle, and 80 total acres. Apparently the mailbox still stands, and still draws visitors to this day. It is a curious case of an urban legend getting a bit out of control, and is especially intriguing since the mailbox has managed to continue to draw attention to it, and it certainly shows the draw that the region has within the mysterious world of UFOs.

The Space Brothers of the 1950s: Were They Russian Agents Promoting Communism in the U.S.?