The Mysterious Maritime Vanishing of the Casie Nicole

On April 12 of 1990, Nathan Neesmith, his brother Billy Joe Neesmith, his nephew Keith Wilkes, and his friend Franklin Brantley, set out from the U.S. state of Georgia aboard the snapper boat Casie Nicole for a seven-day fishing expedition off of South Carolina in the Atlantic. Although the boat had recently spent five weeks in dry dock for maintenance work, it was deemed to be in good shape and seaworthy at the time, so there were no problems anticipated when they set out. They left in clear, calm conditions, and there would have been no reason to think this would be anything other than a routine snapper run, but dark clouds were on the horizon for this crew, and they would become a baffling maritime mystery unsolved to this day.

Things went well for the first day of the excursion, but on the second day, at around 4 a.m. things began to go south. Nathan woke to find that the boat seemed to be riding low in the water, and was acting very sluggishly. At first it didn’t seem to be a big deal, but Nathan started to suspect something was wrong with the boat and woke up his brother. He would say of this:

I guess it was somewhere around 3:30, 4:00 in the morning… it was still dark. I had got up and was operating the boat and the boat just seemed to be sluggish you know, like it wanted to bust through the waves, kind of like a submarine or something. It didn’t want to ride over the waves. So I told my brother, he was laying in the bunk, I woke him up. I said something’s wrong with the boat. When we turned on the light, we noticed there was water about a foot deep down in the bunks where they were at.

Before long everyone was awake and in a panic, made even worse when it turned out that the boat’s bilge pumps weren’t working, requiring them to line up with buckets and desperately try to bail out the water by hand. Making matters worse, the power then went out, meaning that they couldn’t see well and couldn’t use the radio to contact anyone. After this, the engine stalled, leaving them dead in the water as they sunk further beneath the waves. Out of desperation, the decision was made to abandon ship, but they faced more problems when they saw that the sole life boat on the vessel was in poor condition, rotting away and with a hole in its hull about the size of a quarter. On top of this, it was too small to hold four men, yet they nevertheless crammed into it and hoped for the best as the Casie Nichol went down. It would soon become apparent that the life boat was not going to hold them for long, as it immediately began taking on water as well, forcing them to climb aboard a floating hatch cover from their doomed ship. As they wondered what to do next, they saw a piece of their vessel floating about some distance away. Nathan would say of this:

It looked like it was maybe three or four miles from us. I said I don’t know what kind of chance we got, but at least maybe one of us can make it to the boat and get some kind of help. Well that’s what I struck out to do. And they started hollering no, no, no, you come back. If we separate up, we going to be split up and ain’t no telling what can go wrong.

Despite their desperate pleas, Nathan jumped out into the sea and swam out towards his perceived salvation for them all, swimming as hard as he could until he finally reached the floating piece of hull. Shortly after this, darkness fell, and Nathan lost sight of the others. The following day, they were nowhere to be seen, and Nathan was stuck alone at the mercy of the ocean aboard a piece of floating hull from his wrecked boat. He would see a freighter out on the horizon about three miles out, but he had no way to signal it, and it passed away into the distance after apparently zigzagging through the area. In the meantime, he was without food or water and at the mercy of the sun beating down upon him, and the piece of hull he was on was slowly sinking. He would have some chance of reprieve when a floating bait box from his ship popped up to the surface, and he would say of this:

And I swam over to it. I got to the front of it, and bless God, the whole front was out. I mean it was just like a boat to me. It was really hot, I mean I was getting real sunburnt. My skin was turning real, real red and I was real close to dead. And I remember saying, ‘God please let me go home to my wife and kids.’ I heard people talking to me. I drifted along. I heard people yelling out, ‘Nathan 3/8’ I’d jump up and look around. I thought it was somebody. Here I am looking around, and it was only the good Lord keeping me awake. 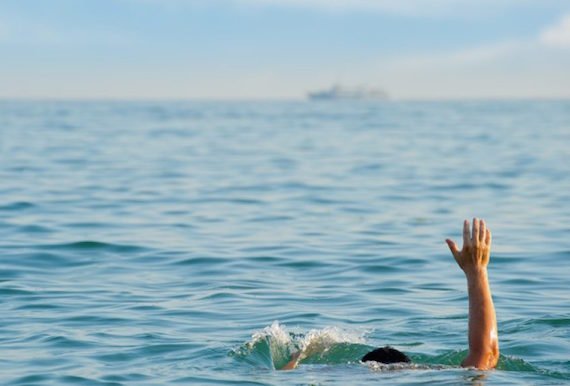 He would finally be rescued on April 15, 1990, but a large-scale search launched by the U.S. Coast Guard could find no trace of the others who had been with him other than a life vest and a sleeping bag bobbing around about five miles from where Nathen was rescued. It was largely assumed that they had been lost at sea, but this conclusion would be challenged by a series of strange phone calls that would be received in the coming weeks. The caller was an unidentified male who spoke Spanish and seemed unable to understand English. During these calls, the only thing he would say is the phone number he was calling, which he would repeat several times, followed by the name of the person he was calling and the names of the missing men. He would ignore any questions directed at him, possibly because he didn’t understand, and then hang up the phone. Over the next year, 7 of these calls would be made to both Nathan’s sister and the owner of the Casie Nicole, Doug Tyson, and every time it was the same thing, just the man saying the phone numbers and names, except on the final call, when he allegedly said in broken English that he was going to bring the missing men home. There would be no further calls after this and the men would never arrive as promised.

While the calls may have been simply a tasteless prank, the families of the missing men believed that they indicated that the vanished fishermen were still alive, and that they had either drifted to a foreign country or had even been kidnapped. What happened to the missing crew of the Casie Nicole and who was the mysterious caller? Are they still alive somewhere or were they lost at sea as initially suspected? To this day there has been no sign of them, and their whereabouts and the identity of the caller remain unknown. Since then, theories have swirled. One idea is that the missing men were kidnapped by drug traffickers and taken to Cuba, while other ideas include being lost to the sea, picked up by the freighter Nathan had seen and whisked away to who knows where, possibly because it had been involved in illicit activities, and there has even been speculation that Nathan himself may have had something to do with it all. One popular theory is that the whole crew were involved in a botched smuggling operation, but there has never been any evidence to this effect.

In the end, the official statement issued by the U.S. government was that the crew had been lost at sea, and they were legally declared dead, but many have not accepted this conclusion, namely the families of the victims. It remains unknown just what happened to this boat or the rest of its crew, nor what the meaning is behind the mysterious phone calls, and the case of the Casie Nichole remains unsolved to this day.

Surfing The Vault for UFOs: The FBI’s Flying Saucer Documents are Growing