The Space Brothers of the 1950s: Were They Russian Agents Promoting Communism in the U.S.?

Yes, I know: that's a very controversial question to pose. But, sometimes, things are stranger than they seem to be - as you'll see now. For the most part, people in Ufology take the view that the Contactees of the 1950s were either telling the truth of their experiences, or that they were hoaxing everything. But, what if there was a far more controversial scenario: namely, that of a Russian connection? For those who may not know, the Space Brothers were extremely-human-looking beings and they wore their hair long: both the men and the women. And, they surfaced in the early 1950s - predominantly on the West Coast of the United States. They were somewhat bullying in their demands that we, the Human Race, change our approach to life. In other words, they wanted us to get rid of our "atomic bombs," as they were known back then. And, also, that we should all join together as one. They claimed to have come from extremely unlikely places, such as Venus, Mars and Saturn. Some of the most famous Contactees - those that had face-to-face encounters - included Truman Bethurum, Dana Howard, George Adamski, Dan Fry, Orfeo Angelucci, George Van Tassel, and George Hunt Williamson. Most of them wrote a book or two about their experiences, and just about all of them went on the lecture circuit - and for years, no less. The Space Brothers seemed friendly, but there was just something that didn't seem quite right: it was as if the encounters were a little bit too staged. Maybe they were. That takes us to the theme of this article.

It may not be well-known to many in Ufology today that most of the Space Brothers had a distinct communist-like way of life. And they pushed their views on those Contactees mentioned above. The fact that the Contactees brought in audiences in their thousands became a national security for the FBI - and no, I'm not exaggerating. You should see the sizes of some of the FBI files on the Contactees. The files for Adamski and Van Tassel were both in excess of 300 pages. So, with that said, is there any merit to the scenario that the Space Brothers were actually Russian agents - and doing their very best to promote communism in the United States? There just might be. Let's have a look at the very strange links, in the 1950s, between Russia, the West Coast of the USA, and aliens looking just like us. We'll begin with the most famous, and most controversial, Contactee of all: George Adamski. Along with Desmond Leslie, he wrote a big-selling book on his claimed contacts called Flying Saucers Have Landed.

Here's one of the statements Adamski made in several of his early lectures: "If you ask me they probably have a Communist form of government and our American government wouldn’t release that kind of thing, naturally. That is a thing of the future – more advanced." J. Edgar Hoover quickly sat up. No wonder: Adamski's words reached the ears of thousands of Americans. The FBI, in one of its documents on Adamski, said: "Adamski, during this conversation, made the prediction that Russia will dominate the world and we will then have an era of peace for 1,000 years. He stated that Russia already has the atom bomb and the hydrogen bomb and that the great earthquake, which was reported behind the Iron Curtain recently, was actually a hydrogen bomb explosion being tried out by the Russians. Adamski states this 'earthquake' broke seismograph machines and he added that no normal earthquake can do that." No wonder the FBI watched the man for years.

Now, there's Truman Bethurum. His story is a strange one - a very strange one. His 1954 book, Aboard a Flying Saucer, remains a Contactee classic of its kind. In the 1950s, Bethurum claimed flirty, late-night close encounters with a beautiful alien space-babe named Aura Rhanes. "Tops in shapeliness and beauty" was the way Bethurum described “the captain” of the ship. The locations of all the action were almost always isolated areas of Nevada’s expansive Mormon Mountains. Most ufologists of the day, very understandably, dismissed Bethurum’s tales as fantasies run wild and free. Indeed, Aura came across like an ethereal fairy-queen from a centuries-old folktale. Now, let's get to the Communism side of all this. It’s intriguing to note the following words from Bethurum: "Two or three fellows who had sons in Korea and who read a lot in the newspapers about the Communist underground in this country, were convinced in their own minds that I was, if making contact with anyone at all, making it with enemy agents. They even went so far as to tell me belligerently that they intended to get guns and follow me nights, and if they caught up me having intercourse with any people from planes, airships of any kind, they'd blast me and those people too." 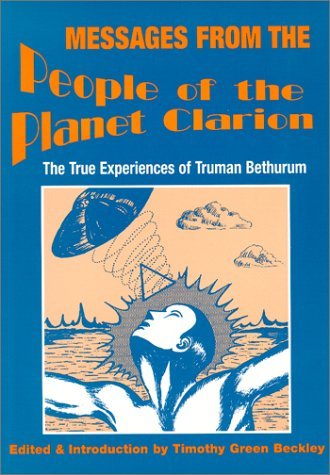 Was Aura Rhanes a figment of Bethurum’s imagination? Could she have been an alien? Might she have been one of those "enemy agents" to which Bethurum referred? A Russian plant seeking to manipulate the UFO scene? Taking into consideration all that we have learned so far, we should not dismiss the latter possibility out of hand. On a related matter, it’s worth noting that FBI's records demonstrate that in December 1954, the Palm Springs Republican Club contacted the FBI to inquire if Bethurum might be guilty of "trying to put over any propaganda." Now, it's time to address the saga of Orfeo Angelucci, another of the famous Contactees. In April 1952, Angelucci secured a good job with the Lockheed Aircraft Corporation in Burbank, California, specifically in the Plastics Unit. Maybe, there was someone - with the name of Ivan or Dmitri - who wanted to learn all about what was going on at Lockheed, and, using a UFO ruse, tried to get Angelucci to find the latest technological developments. There's no doubt that Angelucci was approached by what sound just like Russian agents. 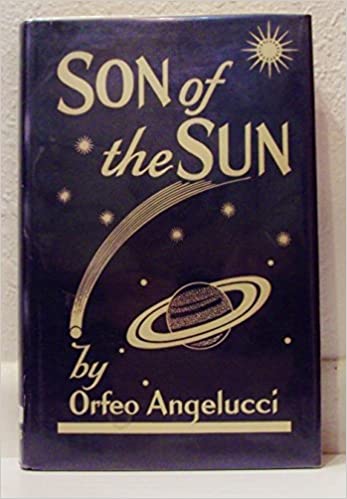 It was in this period, the early Fifties, that Angelucci caught the attention of the FBI – and for a very curious reason. As he became more adept at public speaking, and more comfortable about discussing his claimed encounters with aliens, Angelucci revealed something disturbingly eye-opening. It was something which soon had the Feds on his tail. According to Angelucci, as his profile as one of the Contactees grew and grew, he found himself approached on several occasions by what he described as a "subversive element." This small group – "foreigners," as he worded it - first approached Angelucci while he was engaged in a series of lectures along the east coast in the 1950s. Regular UFO enthusiasts, they were certainly not. Angelucci admitted to UFO researcher/writer Jim Moseley that he was "flattered" by the attention, but remained very uneasy about the agenda. Angelucci would later say of this curious affair: "Failing in their desperate attempts to convert me to communism and slant my talks along the Party Line, they invariably defiantly demanded: 'Well, then, just what do you think is wrong with Communism?’'" Shortly before Angelucci publicly revealed that a certain "subversive element" was mixing and stirring politics with extraterrestrials, the FBI came knocking on the front-door of the Angelucci home. We don't know what, exactly, went down, because in 2009 the FBI destroyed its file on Angelucci.

Could it be true that the Space Brothers (and the Space Sisters) from the stars were really from right here on Earth, but from the Soviet Union? And, were they doing their best to promote the Soviet life in the U.S. by using and manipulating the then-thriving UFO scene? After all, what's more likely: agents or aliens? I say the latter looks far more plausible.

The Military, the Media, and UFOs: Where Are We Now?