The Strange Saga of the Mariana UFO Footage

UFO videos and footage have come and gone over the years, ranging from the somewhat compelling to the downright obviously fake. In more recent times the wide availability of photoshop and other means of doctoring photos and footage has made such evidence all but pointless, but there was a time before the advent of computer trickery, when photos and footage could be taken more at face value, and one of the more astounding of the pieces of footage of a UFO from the time is not only one of the earliest films of a UFO, but also one of the most intriguing and oft-discussed.

On August 15, 1950, an unassuming minor-league baseball manager by the name of Nick Mariana, of Great Falls, Montana, was going about a usual day. On this day he went to the baseball stadium to inspect the site before a big game for his team the Great Falls Electrics, and it was completely routine, no reason to suspect that the day was about to get very strange, indeed. He was there with his 19-year-old secretary, Virginia Raunig, and as they went about their inspection at around 11:30 a.m. a bright flash in the sky caught Mariana’s attention. When he looked up, he saw two bright silvery objects that seemed to be rotating and speeding along at an estimated speed of between 200 and 400 miles per hour, with each of the objects around 50 feet in diameter. Raunig had seen the strange objects as well, and for a few moments they just stared in disbelief. Incredibly, Mariana was able to overcome his awe and fascination to remember that he had a 16mm camera back at his car, and he ran to get it.

Upon returning to the field, the anomalous objects were still up there moving in a formation and keeping a steady distance of around 50 to 100 feet between them. Mariana started up his camera and was able to take 16 seconds of color footage of the mysterious objects, which the very next day was doing the rounds in the news, appearing in the local paper the Great Falls Tribune, and from there it would attract a great amount of attention from all over. The footage went on to get nationwide coverage, with Mariana further spreading the word through private showings at various local community groups. At the time, UFOs were a hot topic, with the late 1940s really kicking off the craze of “flying saucers” and stories about alien invasions all the rage, so what was being called the “Mariana footage” really hit a nerve and sparked much excitement, controversy, and fear. At the time the footage was a pretty big deal. You can see some of the footage here.

Among those who took an interest in the footage was the U.S. Air Force, and U.S. Air Force Captain John P. Brynildsen arrived in Great Falls to interview Mariana on the incident. He would learn that both of the witnesses had also seen two jet fighters fly over the stadium shortly after taking the footage, which they had assumed to be the military perhaps pursuing the objects. This was a curious detail, as it suggested to Brynildsen that perhaps what they had seen were just the two jets. He managed to procure a portion of the footage and send it to Wright-Patterson AFB for analysis, where it was quickly written off as merely the reflections of the two F-94 jet fighters that were officially confirmed to have been flying over at the time. However, this explanation did not sit well with everyone.

In 1952, the United States government had launched an official investigation into unidentified flying objects called Project Blue Book, which evolved from another study of UFOs started in 1949 called Project Grudge. Although Project Grudge had agreed that the Mariana footage was just fighter jets, when Air Force officer Edward J. Ruppelt took the reigns of the newly minted Project Blue Book, he wasn’t so sure, thinking that perhaps the footage had been written off prematurely. Interestingly, as all of this was going on, Mariana would complain that sections of the footage he had submitted to the Air Force were missing, specifically frames which proved that the objects were rotating or spinning, something the military denied.

Ruppelt was not only able to arrange for another, more detailed analysis to be done on the film, but also get Mariana’s permission to resubmit the footage again. This time, analysts came to the conclusion that the objects seen in the film were not birds, balloons, or meteors, and they also ruled out the original idea that these were just F-94 jets. Ruppelt was also able to ascertain that the jets were nowhere near the stadium at the time of the sighting, making it even less likely that they could have accounted for what was seen in the film. Whereas the first analysis had quickly explained it all away, this time the Air Force had no choice but to concede that it was “an unknown.” In 1954 the footage was under the microscope again when it was used in a UFO documentary for Greene-Rouse productions. The documentary hired a scientist and engineer for the Douglas Aircraft company by the name of M.L. Baker, Jr. to take a look at the film, who also rejected the hypothesis that the objects were reflections of fighter jets. Baker would conclude in a Congressional hearing on UFOs concerning the Mariana footage:

Preliminary analysis excluded most natural phenomena. More detailed study indicated that the only remaining natural phenomenon candidate for the Utah film was birds in flight, and for the Montana film it was airplane fuselage reflections of the sun. After about 18 months of rather detailed, albeit not continuous, study using various film-measuring equipment at Douglas and at UCLA, as well as analysis of a photogrammetric experiment, it appeared that neither of these hypothesized natural phenomena explanations had merit. 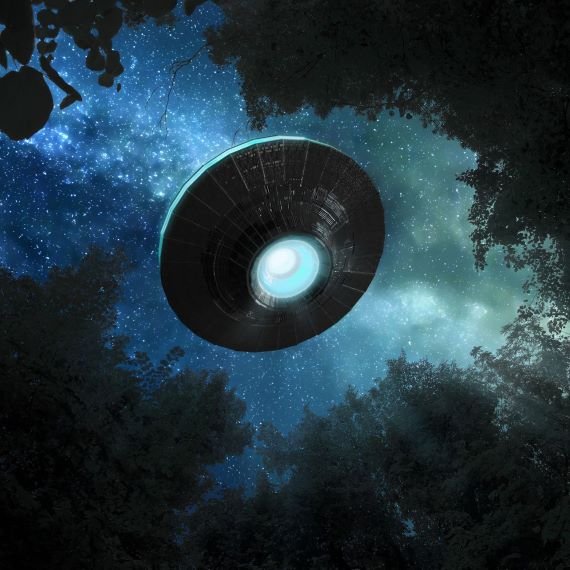 In the end, in Baker’s opinion, the objects were an unknown. For the next decade the Mariana footage was much discussed and debated, and then in 1966 it became the subject of another official investigation, this time by an Air Force funded study of the UFO phenomenon based at the University of Colorado at Boulder and run by the physicist Dr. Edward U. Condon. Called The Condon Report, the study looked at all manner of UFO reports, and this time they had their sights set on the Mariana footage. Condon recruited physicist Dr. Roy Craig and psychologist Dr. David Saunders to re-examine the footage and they would come up with mixed results. While Saunders thought the footage had merit, Craig was mostly skeptical of the whole thing, doubting several elements of Mariana’s story, including when it was actually taken and his claims that parts of the film had been taken by the Air Force. Another specialist called in by the Condon report was Dr. William Hartmann, an astronomer for the University of Arizona, who also analyzed the footage and could not rule out that the objects seen are airplanes.

Indeed, the identity of the objects in the Mariana footage has never been adequately resolved, and even now it is picked apart and debated. That a piece of footage from so many decades ago is still unsolved and discussed to this day is fairly impressive, especially since these were the days before photoshop and digital manipulation of film, and the Mariana footage is still of much interest in the UFO field. Copies of the film reside at the US National Archives and it still gets heavy play in UFO documentaries and TV shows, and whether real or not, it has earned a high place among the countless pieces of UFO footage out there. Real or not, the Marianas footage has its place in the UFO lore, and has never been fully explained.

Alien Agendas: Spacefaring Visitors May Have Visited Earth, But Why?