There May Be 100 Trillion Interstellar Objects in Our Solar System

Interstellar space objects are certainly a hot topic with the first two ever found in our Solar System being ‘Oumuamua (discovered in 2017) and Comet 2I/Borisov (found in 2019). In April of last year, it was announced that astronomers found nineteen interstellar asteroids that are orbiting the sun between Jupiter and Neptune. They were originally part of a distant star system but ended up in our Solar System about 4.5 billion years ago. Then earlier this year, it was suggested that a fireball that lit up the sky in Rio Grande do Sul, Brazil, on May 30th might have been an interstellar object.

Siraj went into further details regarding their calculations, “Before the detection of the first interstellar comet, we had no idea how many interstellar objects there were in our solar system, but theory on the formation of planetary systems suggests that there should be fewer visitors than permanent residents.” “Now we're finding that there could be substantially more visitors.” As a matter of fact, in an email that Loeb wrote to DailyMail.com, it read in part, “There should be about a hundred trillion Borisov-like interstellar comets out to the edge of the Oort Cloud.”

The reason why scientists haven’t been able to detect more of these interstellar objects is because of where they are located. Since the objects are located so far from the sun (the Oort Cloud is believed to be between 2,000 and 100,000 astronomical units away and could have as many as 10 quadrillion objects in it), they don’t emit their own light; therefore, they are very difficult to find. Loeb added that “interstellar objects in the planetary region of the solar system would be rare, but our results clearly show they are more common than solar system material in the dark reaches of the Oort cloud.” 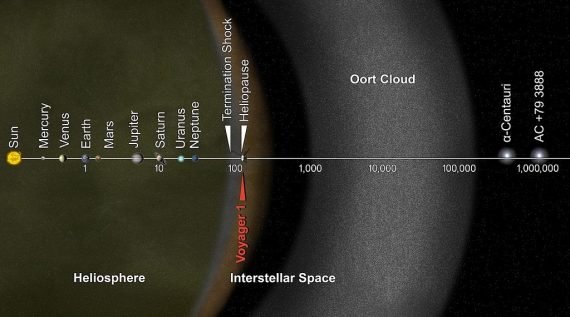 With newer technology currently being worked on, scientists will hopefully be able to find more evidence of these interstellar objects with the 2022 launch of the Vera C. Rubin Observatory as well as the Transneptunian Automated Occultation Survey (TAOS II).

Their study was published in the Monthly Notices of the Royal Astronomical Society where it can be read in full.