There May be Alien Life on “Hycean” Planets

A new study has suggested that there may be alien life on newly identified “Hycean” planets. This new class of exoplanets are hot, covered in water, and have hydrogen-rich atmospheres. This is a total contrast to the planets with similar mass, size, atmosphere, and temperature to Earth that scientists were previously looking at for signs of life.

While Hycean planets are larger and hotter than Earth, they do have some similarities to our planet such as the fact that they may have big oceans that could possibly support microbial life. Additionally, there is a much wider range for where they could be located in their system and still support life. 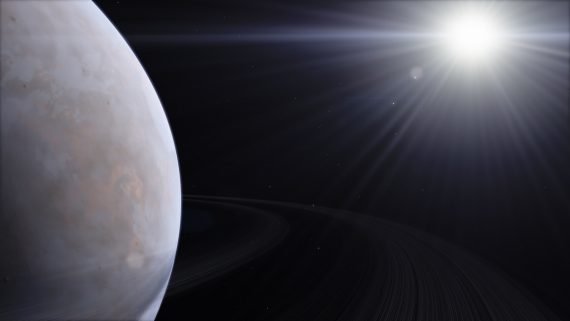 Many of the more than 4,000 exoplanets that have been discovered thus far are referred to as super-Earths or mini-Neptunes and they could be rocky worlds, ice giants, or somewhere in between. The majority of these types of planets are more than 1.6 times the size of our planet (some are 4 times the radius) but smaller than Neptune. It was previously thought that the temperature and pressure on those planets were too high to contain any type of life but a new study has contradicted that theory.

Hycean planets could be as much as 2.6 times the size of Earth and 10 times the mass with a temperature in their atmosphere of almost 200 degrees Celsius (392 degrees Fahrenheit) for the closest ones to their star and the ones further away would be full of ice. Furthermore, the “dark” Hycean planets which are tidally locked could support life on their night sides, and “cold” Hycean planets that are further away wouldn’t get bombarded with as much radiation from their host star.

The team of researchers studied a mini-Neptune called K2-18b and they realized that these types of planets may have life that could possibly survive in their oceans. In an interview with ScienceAlert, Nikku Madhusudhan, who is an astronomer at Cambridge University's Institute of Astronomy, noted, “Some of the conditions in the oceans of these worlds could be similar to habitable conditions in Earth's oceans, i.e. similar temperatures and pressures, presence of liquid water and energy from the star,” adding, “There are many open questions but this is only a first guess at this stage. The assumption is that if microbial aquatic life can form in these oceans in the same manner as they did on Earth then some of the biosignatures may also be common.”

While no life has been confirmed on any other world besides Earth, these Hycean planets may be where scientists will eventually discover it as stated by Dr. Madhusudhan, “Hycean planets open a whole new avenue in our search for life elsewhere.”

The study was published in The Astrophysical Journal where it can be read in full.