Things About Roswell That You Might Not Know About

My previous article was on the matter of some of the lesser-known aspects of the Rendlesham Forest "UFO landing" of December 1980. With that said, today I've decided to do something similar with the Roswell case. Namely, share with you some of the aspects of Roswell that many might not be aware of. So, let's begin: when personnel at the Roswell Army Air Field announced, in July 1947, that they had recovered a crashed flying disc, one thing was one hundred percent absent: any mention of bodies. And, needless to say, the body angle was also absent from the hasty follow-up explanation of a weather-balloon recovery. The body angle was also denied in the Air Force's July 1994 report on Roswell (titled Report of Air Force Research Regarding the Roswell Incident), as the following extract shows: "It should also be noted here that there was little mentioned in this report about the recovery of the so-called 'alien bodies.' The wreckage was from a Project Mogul balloon. There were no 'alien' passengers therein.'" Three years later, however, things had changed. In a then-new document – The Roswell Report: Case Closed – it was stated by the Air Force that: "'Aliens' observed in the New Mexico desert were probably anthropomorphic test dummies that were carried aloft by U.S. Air Force high altitude balloons for scientific research…The  reports of military units that always seemed to arrive shortly after the crash of a flying saucer to retrieve the saucer and 'crew' were actually accurate descriptions of Air Force personnel engaged in anthropomorphic dummy recovery operations.” 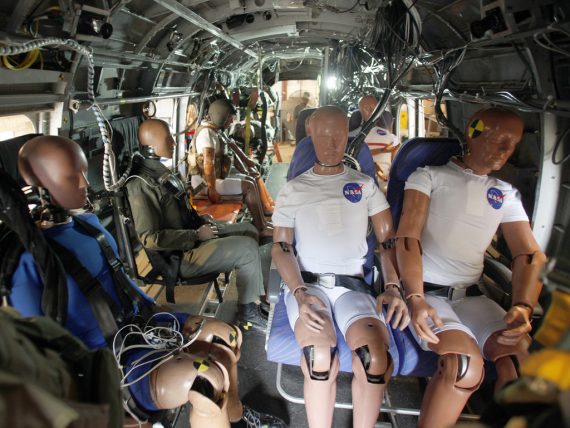 While the dummy theory is well-known in Ufology, there's one far-lesser-known story that can be found in the U.S. Air Force's large report. On one occasion northwest of Roswell, a local woman - who was wholly unfamiliar with the test activities - arrived at a dummy landing site prior to the arrival of the recovery personnel and had the scare of her life. The woman saw what appeared to be a person embedded head-first (no less!) in a snowbank and became hysterical. The woman screamed, "He’s dead! He’s dead!" Even though I don't buy into the crash-test dummy picture, this tale is undeniably  bizarre! Moving on, there's the story of Frank Edwards and Roswell - and of another lesser-known story. Edwards was a radio broadcaster and someone who had a deep interest in the UFO subject. Indeed, he wrote two books on UFOs. They were Flying Saucers – Here and Now! and Flying Saucers – Serious Business. Edwards also wrote a handful of books on the world of the paranormal. So, you might ask: what does any of this have to do with Roswell? Well, I'll tell you. It was early July 1947 when the Roswell event took place. And although the story, at the time, got widespread coverage from the world's media, it was actually quickly forgotten. That is, until the mid-1970s, when Bill Moore and Stan Friedman resurrected the story and dug deep into it. However, there's something else. It's a little-known fact that Edwards gave the Roswell story brief coverage in Flying Saucers - Serious Business. Indeed, between 1947 and the 1970s, when Moore and Friedman were getting moving on the case, Edwards was the only person to have promoted the case. 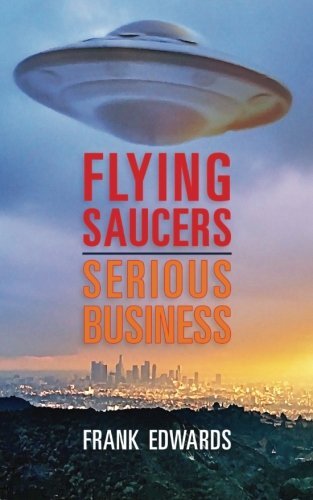 In Serious Business, in 1966, Edwards wrote: "There are such difficult cases as the rancher near Roswell, New Mexico, who phoned the Sheriff that a blazing disc-shaped object had passed over his house at low altitude and had crashed and burned on a hillside within view of the house. The sheriff called the military; the military came on the double quick. Newsmen were not permitted in the area. A week later, however, the government released a photograph of a service man holding up a box kite with an aluminum disc about the size of a large pie plate dangling from the bottom of the kite. This, the official report explained, was a device borne aloft on the kite and used to test radar gear by bouncing the signals off the pie pan. And this, we were told, was the sort of thing that had so excited the rancher. We were NOT told, however, how the alleged kite caught fire – nor why the military cordoned off the area while they inspected the wreckage of a burned-out kite with a non-inflammable pie pan tied to it." Admittedly, Edwards' version of the story was way off-course. But, the man - for all of his flaws - was the first to give Roswell any significant coverage in the post-1947 period.

Moving on, there's another not particularly well-known story concerning Roswell. It all revolves around the matter of the United States Capitol. It goes as follows: Jesse Marcel, Jr. was the son of Major Jesse Marcel who was present at the Roswell crash-site itself in July 1947. According to Marcel, Jr., in the early 1990s he received an invite to meet with a "mysterious government official" in none other than the Capitol Building. The meeting went ahead. The subject: the Roswell events of 1947. Marcel, Jr. said of that same official figure: "He told me that he had been charged with the responsibility of investigating the operation of a 'black government' within the government, where funds were being spent without appropriate oversight to maintain a false story about the Roswell incident and cover the true story up. He said that his job was to report to the Senate Appropriate Committee, and advise them as to where these dollars were going, and why." The mystery of all those secretly siphoned dollars still exists. 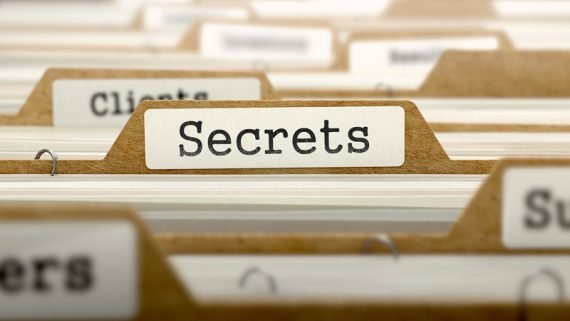 Finally, there's the mysterious issue of Roswell files that can't be found. But, that should have been found. This was a specific issue that the General Accounting Office (today, it's called the Government Accountability Office) addressed when it went looking for the truth of Roswell in the early 1990s. Its staff said: "In 1947, Army regulations required that air accident reports be maintained permanently. We identified four air accidents reported by the Army Air Forces in New Mexico during July 1947. All of the accidents involved military aircraft and occurred after July 8, 1947 - the date the RAAF public information office first reported the crash and recovery of a 'flying disc' near Roswell. The Navy reported no air accidents in New Mexico during July 1947. Air Force officials told us that according to record- keeping requirements in effect during July 1947, there was no requirement to prepare a report on the crash of a weather balloon. In our search for records concerning the Roswell crash, we learned that some government records covering RAAF activities had been destroyed and others had not. For example, RAAF administrative records (from Mar. 1945 through Dec. 1949) and RAAF outgoing messages (from Oct. 1946 through Dec. 1949) were destroyed. The document disposition form does not indicate what organization or person destroyed the records and when or under what authority the records were destroyed."

And, that's where, today, our story comes to its end. No doubt, there are far more Roswell secrets that, one day, will surface. Whether they will provide answers or even more mysteries is something that, right now, is hard to predict.

Prehistoric Spanish Cave Art Was Made by Neanderthals