If you're into UFOs, you'll know of the wave of activity that occurred in the skies of the United States in the latter part of the 1890s. Then, during the Second World War, there were the Foo Fighters. And, when the Second World War was over, we had the Ghost Rockets of Scandinavia. Flying Saucers followed within a year. In the early 1990s, the Black Triangles put in appearances, but never really went away. There's another important time-frame to all of this, however. I'm talking about the very earliest years of the 1900s. You may not know, but there are some classic cases from that period, and particularly from 1909. Let's begin. Nigel Wright is a long-time UFO researcher based in England, and – with Jonathan Downes, the director of the British-based Center for Fortean Zoology – the co-author of the book, The Rising of the Moon, which is a fine study of paranormal phenomena that I recommend to one and all. In their book, Nigel cites a report that he found within the May 21, 1909 edition of England’s Exmouth Journal newspaper, and, to which, are attached definitive M.I.B. overtones. Titled Invasion Scares – Queer Stories from Humberside, the article reads as follows: "A strange story was told the Yorkshire Post, Grimsby correspondent by workmen from Killingholm near Immingham new dock works on Tuesday night. They declared that they were seated at noon on the roadside at Killingholm, when a large motor car drove up and two men alighted who walked to the bank on which the workmen were seated and asked if any airships [italics mine]had been recently seen near. The workmen replied: 'No,' whereupon the motorists asked the distance between Killingholm and Spurn, and whether any mines were laid in the Humber between the two places. The workmen referred their interrogators to a coastguard, saying he would be able to answer them. It does not matter,' replied the motorists, and, after enquiring the way to the nearest refreshment house, they jumped into their car and drove quickly away." Now, onto another case from that early period: 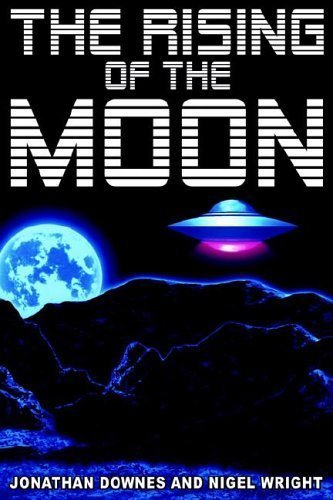 Brett Holman, who has extensively studied this issue, says: "On the night of 23 March 1909, a police constable named Kettle saw a most unusual thing: a strange, cigar-shaped craft passing over the city of Peterborough, Cambridgeshire. His friends were skeptical, but his story was corroborated, to an extent, by Mr Banyard and Mrs Day, both of nearby March, who separately saw something similar two nights later. In fact, these incidents were only the prelude to a series of several dozen such sightings throughout April and especially May, mostly from East Anglia and South Wales." In May of the same year, the London Standard newspaper told its readers that with "few exceptions" the witnesses described seeing "a torpedo-shaped object, possessing two powerful searchlights, which comes out early at night."

May 18, 1909 was the night on which one of the most amazing encounters occurred. A Mr. C. Lethbridge was walking to his Roland Street, Cardiff home, via the 271-meter-high Caerphilly Mountain. As he did so, Lethbridge was astonished by the sight of a cigar-shaped vehicle – in excess of forty-feet in length – which was sitting on the grass, at the edge of a mountain road. In his very own words… "When I turned the bend at the summit I was surprised to see a long tube-shaped affair on the grass on the roadside, with two men busily engaged with something nearby. They attracted my close attention because of their peculiar getup; they appeared to have big heavy fur coats and fur caps fitting tightly over their heads. I was rather frightened, but I continued to go on until I was within twenty yards of them, and then my idea as to their clothing was confirmed.

"The noise of my little spring cart seemed to attract them, and when they saw me they jumped up and jabbered furiously to each other in a strange lingo — Welsh or something else; it was certainly not English. They hurriedly collected something off the ground, and then I was really frightened. The long thing on the ground rose up slowly. I was standing still at the time, quite amazed, and when it was hanging a few feet off the ground the men jumped into a kind of little carriage suspended from it, and gradually the whole affair and the men rose in the air in a zigzag fashion. When they had cleared the telegraph wires that pass over the mountain, two lights like electric lamps shone out, and the thing went higher into the air, and sailed away towards Cardiff." It seems that 1909 was a hotbed for UFO activity in the U.K.!