Why the “Serpo” UFO Files are NOT Real: Try Russians and Ruses

I recently wrote a few articles on how, during the Cold War, the Russians tried to manipulate U.S. intelligence agencies by using the UFO phenomenon. But, what about the U.K.? Has it been manipulated in strange, similar ways by the Russians? The answer is: Yes. There's no doubt about it. Welcome to the Serpo mystery. If you don't know about Serpo, well, it goes like this: in May 1987 a woman named Alice Bradley Sheldon – an employee of the CIA who wrote sci-fi under the alias of James Tiptree – took her life. Her husband’s life, too. Sheldon is believed to have created a faked UFO document – to freak out the Russians - in the 1960s called the Serpo document. It tells a story that mirrors certain portions of the 1977 movie, Close Encounters of the Third Kind. Specifically, the final stages of the movie in which Richard Dreyfuss’ character of Roy Neary is taken away by aliens. To understand how and why the Brits – alongside their American counterparts – secretly decided to make use of the UFO phenomenon in the late 1960s, and for reasons relative to counterintelligence, disinformation programs, and Russian destabilization, we have to begin with a sensational saga that surfaced in November 2005. That was when a source using the term “Anonymous” came out of the shadows and told an incredible story. Some said it was too incredible to be true. It just might have been exactly that.

It’s a story surrounding what became known within Ufology as "The Serpo Documents." As for "Anonymous, he or she was said to have been a government insider with a wealth of information on some of the biggest UFO-themed secrets of all time. Here’s what "Anonymous" shared with the UFO research community on the Serpo controversy: "I am a retired employee of the U.S. Government. I won’t go into any great details about my past, but I was involved in a special program. As for Roswell, it occurred, but not like the story books tell. There were two crash sites: one southwest of Corona, New Mexico and the second site at Pelona Peak, south of Datil, New Mexico. The crash involved two extraterrestrial aircraft. The Corona site was found a day later by an archaeological team. This team reported the crash site to the Lincoln County Sheriff’s department. A deputy arrived the next day and summoned a state police officer. One live entity was found hiding behind a rock. The entity was given water but declined food. The entity was later transferred to Los Alamos. The information eventually went to Roswell Army Air Field. The site was examined and all evidence was removed. The bodies were taken to Los Alamos National Laboratory because they had a freezing system that allowed the bodies to remain frozen for research. The craft was taken to Roswell and then onto Wright Field, Ohio." 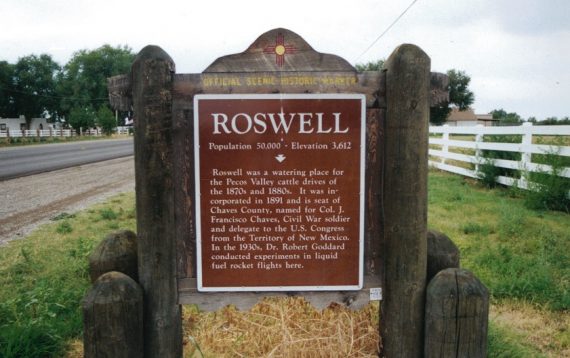 The source continued: "The second site was not discovered until August 1949 by two ranchers. They reported their findings several days later to the sheriff of Catron County, New Mexico. Because of the remote location, it took the sheriff several days to make his way to the crash site. Once at the site, the sheriff took photographs and then drove back to Datil. Sandia Army Base, Albuquerque, New Mexico was then notified. A recovery team from Sandia took custody of all evidence, including six bodies. The bodies were taken to Sandia Base, but later transferred to Los Alamos. The live entity established communications with us and provided us with a location of his home planet. The entity remained alive until 1952, when he died. But before his death, he provided us with a full explanation of the items found inside the two crafts. One item was a communication device. The entity was allowed to make contact with his planet." From thereon, the story expanded significantly: supposedly a number of American astronauts were sent to the planet of the aliens, no less."

The highly talkative English informant, who worked at the U.K. Ministry of Defense, said the following of the statement from "Anonymous": "Interesting reading. However, these are NOT real events that are being described here, although the document they come from IS REAL. I saw this information in 1969 or ’70 in Whitehall [London]. Originally it was a CIA document authored by a lady named Alice Bradley Sheldon. Its main purpose, if you will pardon the phrase, was to 'scare the crap out of the Soviets' in response to them scaring the crap out of us. In the '60s, during the warmer part of the Cold War, the KGB successfully led the U.S. Government to believe that a number of nuclear devices had been concealed in disused mines and caves close to four (4) large American cities. These bombs could be detonated by sleeper agents at any time Moscow wished. It was not completely disproved that this was fake until 1980." 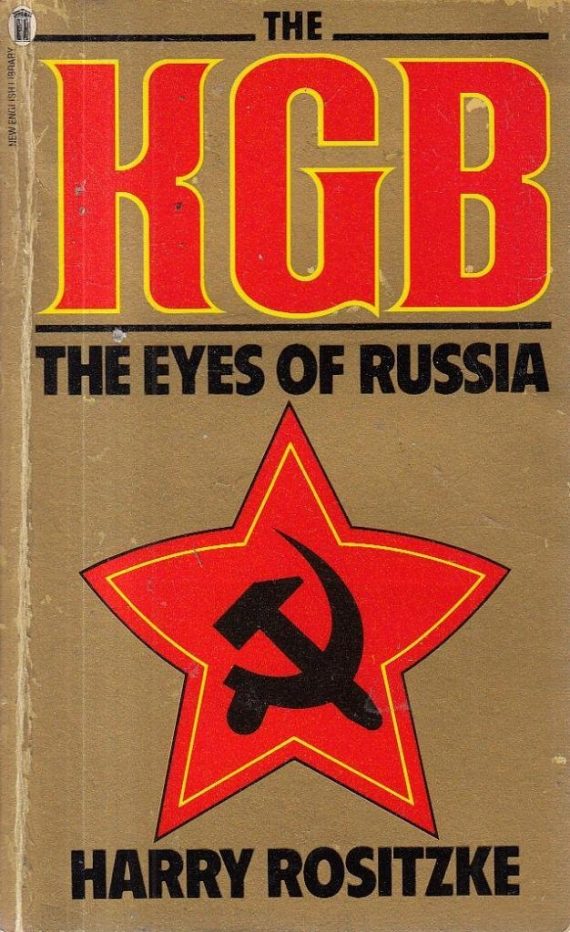 There's this, too, from the source: "The 'Project SERPO' report was part of the CIA’s riposte to this and an attempt to trump the Soviets. Its aim was to make them believe that we had acquired lethal extraterrestrial energy devices and that we had a cozy friendship with these all-powerful EBENs [EBEN is allegedly a classified term used by American Intelligence to describe aliens. It is said to derive from the term 'Extraterrestrial Biological Entity'] who would be very unhappy if Moscow attempted to harm the United States in any way. To a degree I believe this effort was effective to begin with. However, it came unstuck when the CIA tried to overreach the information by ADDING PHOTOGRAPHS and also trying to spook allies such as ourselves who were better equipped to analyze the information and bugged to the hilt by the KGB. Why this information is being released again now I do not know. Possibly in the past the DIA could have BEEN FOOLED BY THE CIA into believing that 'Project SERPO'was a real event and the ANONYMOUS source may genuinely want to release this information. Alternatively the DIA may have got it direct from the KGB most likely with a few choice modifications added by them."

To me, all of this sounds entirely plausible. After all, what's more likely, that decades ago aliens from their world came to our planet (and vice-versa) or that the whole thing was nothing but a made-up yarn to mess with the minds of Russian Intelligence? People in Ufology who thrive on the Serpo story may not like to hear my views on all of this, but the fact is that, in this story, the simplest scenario is probably the correct one. And, maybe one day, we'll know more about how and why the U.K. Ministry of Defense were caught up in all of this.

Mysterious Heat on Jupiter May Finally Be Solved After 50 Years