If you’re tired of the run-of-the-mill paranormal ghost stories, we’ve got two that have the needle on the strange meter spinning like a much-needed fan. The first involves a woman who claims to be married to the ghost of pop singer Michael Jackson, while the second comes from a bachelorette party where two attendees photographed what they think is the ghost of a penis. The ghosts of a Jackson and a johnson – it’s a weirdness two-fer!

“He talks to me a lot, which is not what I expected from the shy man I saw on tv all of those years I was a fan. He stays possessed in me (relaxed not channeling and just enjoying living through me and communicating with me as a husband). So he likes to eat in me. He loves cookies. He cusses a lot more to I’d expect him to as a former fan.” 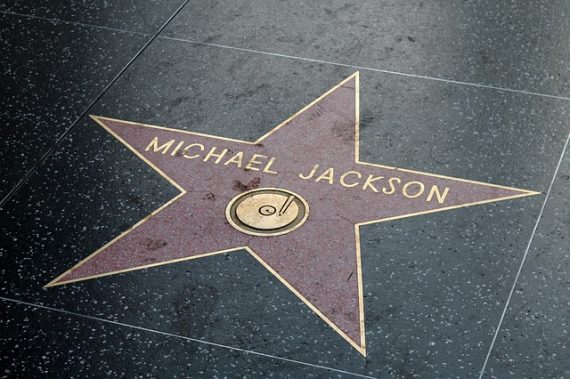 Kathleen Roberts calls herself (and her podcast) The Ghost Host and says she’s a “a psychical medium who channels ghosts.” One podcast had her interviewing the spirits of Marilyn Monroe, Prince, Anna Nicole Smith, Kurt Cobain and her ghostly husband, Michael “The King of Pop” Jackson. Their marriage was brought to light recently by The Daily Star, but the details come from Roberts’ story at vocal.media, where she reveals semi-intimate facts like he doesn’t like being touched or kissed (he punishes her with visons of spiders and corpses), he’s bossy and likes to point out her flaws. but has helped her deal with online fame. Roberts claims Jackson sings and dances as she channels him and, like the rest of the celebrity ghosts she is visited by, joins her in the bathroom.

If you’re wondering what the rest of the Jacksons think about this strange relationship, Roberts claims she’s told them and claims sister Janet symbolically acknowledged the contact on TikTok. If that ‘Michael Jackson in the bathroom’ part reminds you of the various accusations about him, Roberts will only say that he told her she has a “childlike personality.” To make this even stranger, Roberts also claims she’s the reincarnation of Marilyn Monroe, which must have made for an awkward podcast interview with her.

Strange? Definitely, although there have been a number of stories about women marrying ghosts, having sex with them, divorcing them and more. We’ll leave it up to you if you believe Kathleen Roberts while we try to top her story with the tale of two women and what they saw at a bachelorette party in a haunted bar in New Orleans.

“We did not catch a photo of anyone’s face, but we did capture a penis. It looks like - you know Ghostbusters when they’re bright green? This is seriously blue. It’s like a straight up uncircumcised penis… It’s the least scary ghost photo you could ever catch.”

Corinne Vien and Sabrina Deana-Roga, hosts of the podcast ‘Two Girls One Ghost’, say they were at the John Lafitte’s Blacksmith Shop Bar on Bourbon Street attending a bachelorette party. They didn’t notice anything strange – other than the fact that the bar eschews electric lighting and uses candles instead – until viewing their photos at home when they saw what could be mistaken for a hazy blue penis behind Sabrina’s head … it actually looks like it’s growing from her nose. (See it here.) Yes, it could be a reflection off of the lens, but who thinks that when you’re drinking in a dark building built in the early 1700s that may have been visited by a famous pirate and now haunted, possibly by Lafitte himself?

Speaking of pirate ghosts, one of the more famous instances of a woman saying she married a ghost is the tale of Amanda Teague, who claimed she was married to the ghost of the pirate who inspired the character of Jack Sparrow character of “Pirates of the Caribbean” fame, then divorced him and had him exorcised when he wouldn’t take his ghostly belongings and get out.

All of a sudden, marrying Michael Jackson's ghost or seeing a ghost’s johnson don’t sound so strange, do they?

Some Strange Pilot UFO Encounters from the 1970s