Woman Condemned in Salem Witch Trials May Finally be Exonerated

After a group of young girls in Salem Village, Massachusetts claimed to have been possessed by the devil and then accused numerous individuals of witchcraft, the trials – famously known as the Salem Witch Trials – began in the spring of 1692 and lasted until the following year.

Bridget Bishop was the first woman convicted of being a witch and was hanged in June of 1692. Following her conviction and death, 18 others were hung at Salem’s Gallows Hills and one man died from being crushed by heavy stones. Approximately 150 more people (men, women, and children) were later accused of performing witchcraft.

And now, more than 300 years later, a group of eighth graders from North Andover Middle School in North Andover, Massachusetts, are on a mission to exonerate one of the women convicted and sentenced to death for allegedly being a witch.

Civics class students researched the story of Elizabeth Johnson Jr. who was condemned for being a witch but wasn’t executed. The students wanted to find out how Johnson could be formally pardoned and that’s how State Senator Diana DiZoglio got involved. She introduced legislation in order to clear Johnson’s name, explaining, “It is important that we work to correct history.” “We will never be able to change what happened to these victims, but at the very least, we can set the record straight.”

The new bill would change the 1957 legislation that was amended in 2001 in order to include Johnson’s name as part of the list of other individuals who were pardoned after being wrongfully accused and convicted of performing witchcraft in the 1600s. After the hangings, the Massachusetts General Court annulled several guilty verdicts which included Johnson’s mother and daughter; however, she was never exonerated even though then-Governor William Phips did throw out her punishment. 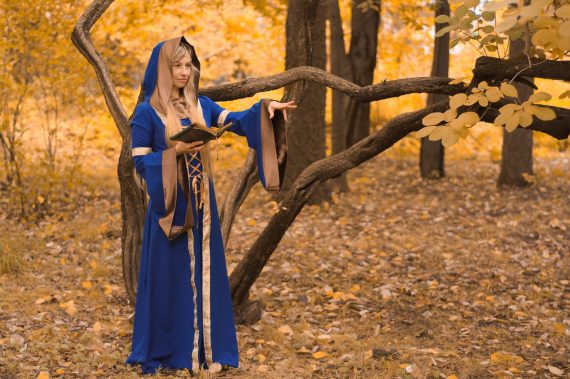 According to civics teacher Carrie LaPierre, the students had mixed feelings about this project as the topic began being discussed prior to the 2020 election and when the COVID-19 pandemic was spreading quickly around the world. “Some of the conversation was, ‘Why are we doing this? She’s dead. Isn’t there more important stuff going on in the world?” “But they came around to the idea that it’s important that in some small way we could do this one thing.”

Their efforts are certainly paying off as Elizabeth Johnson Jr. is on the verge of finally being exonerated – all thanks to a hard-working class of eighth graders.