A Girl in India Appears to Mysteriously Cries Stone Tears

An eyelash in your eye is annoying. A speck of dirt in your eye is painful. A sharp stick in your eye is a metaphor. What is a stone in your eye? A 15-year-old girl in India and her family would like to know because her doctors can’t explain why she is ‘crying’ 10 to 15 rock-like objects daily out of her left eye. This is extremely rare but it has happened before and seems to afflict young girls the most. This story is not for the squeamish (especially if you watch the videos) but it’s a real mystery and the girl hopes someone reading about it might have a cure. Do you?

“There was a stir in Kannauj of Uttar Pradesh when stones started falling from a girl's eye. The one who saw it kept watching. Its video is becoming increasingly viral on social media. In which pieces of stone are coming out with tears from the left eye of a 15-year-old girl. It is being told that the family has shown many doctors, his disease could not be detected. Doctors say that this is not possible in medical science. In Sitapur, a doctor even declared the teenager insane and even gave him medicine for insanity.” (Google translation)

The cringe-worthy video (watch it here) says and shows it all. For two months, an unnamed 15-year-old girl from Kannauj, Uttar Pradesh, gets a lump under her left eyelid which someone helps her gently move to the tear duct corner where it pops out and is added to the 10-to-15 her eye creates daily (photos here). As is the case so often with mysterious illnesses, once medical doctors throw up their hands, the family is willing to throw anything at the problem, hoping for a miracle – as was the case with another doctor treating the poor victim for “insanity.” Searching the medical records for other cases can make it worse. 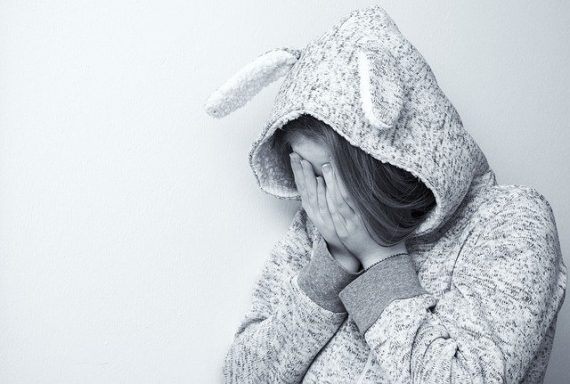 “The case has triggered panic in the area where this girl lives...some say the girl could be gripped by a magic spell while others say it might be the devil.... others fear it could be the start of a dangerous epidemic.”

In 2014, the eye of a 12-year-old girl in Yemen generated a box of stones (watch her video here) and the media whipped it into a panic rather than a quest for a cure. The few other cases should prepare the poor Indian girl for the worst – they indicate that this is not a temporary condition. In 2016, a woman in China complained that her country’s medical community had not been able to diagnose or cure her stone-crying for seven years. One possible cause could be an aberration of conjunctivitis which can cause bumps under the eyelid. In 2019, a 22-year-old woman in Armenia claimed she cried 50 crystals a day.

“It all began in March 1996. She was at school when she felt something strange in her left eye – her first piece of crystal, which, understandably, troubled her. Back home, she told her family what had happened and, while she was doing so, a second piece of crystal appeared in her eye. Her father took her to the city of Chtaura to see Dr Araji, an ophthalmologist. The girl stayed in his clinic for two weeks, and the crystals kept flowing out of her eye as she cries. Dr Araji certified that the pieces from the girl’s eyes were real crystals and said he had no scientific explanation of the phenomenon. It could only be understood, he thought, as an act of God.”

Then there’s Hasnah Mohamed Meselmani – in 1997, the then 12-year-old Lebanese girl was recorded crying crystals. Although she was said to have been examined for two weeks at an eye clinic, no reason for the condition was found. However, it was reported that the condition stopped after a few months. After this case garnered a great deal of attention – there was talk of a $50,000 reward for a cure -- paranormal skeptic Joe Nickell was said to have demonstrated how he could do the same thing as a trick and called it a hoax.

Is the girl in India perpetrating a hoax? Aren’t there easier and less painful ways to get attention? This case will probably go away after a few months just like the others, leaving the rest of us to wonder before rubbing our eyes … is that an eyelash, a bug or am I the next rock crier?